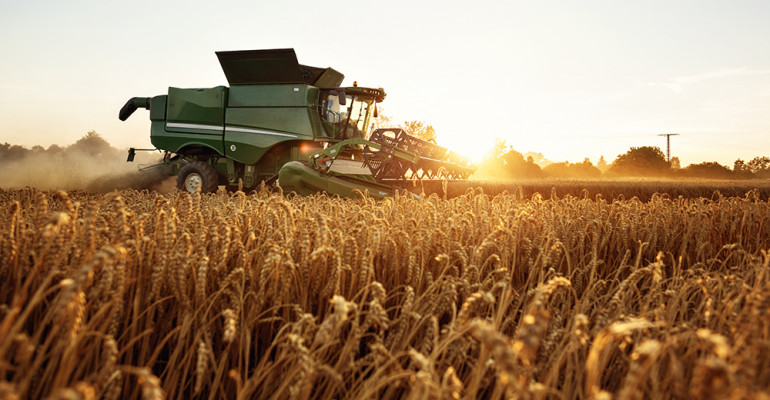 The 2018 farm bill provides farmers with certainty and stability

President Donald Trump made good on his promise Thursday to deliver a farm bill in 2018 with the signing of the farm bill passed by Congress the prior week, which he called a “tremendous victory” for the American farmer at a ceremony in Washington, D.C.

Trump was joined by many rural members of Congress as well as key representatives from different agricultural groups, including the National Pork Producers Council and the National Milk Producers Federation.

In comments before signing the bill, Trump said the bill protects crop insurance programs, offers funds to producers who rely on government support in times of disasters, doubles money provided for loans to farmers and expands broadband assistance.

Trump also touted the newly announced rule proposed to set work requirements in order for participants to receive nutrition assistance as a way to “transition from welfare to willful employment.”

Secretary of Agriculture Sonny Perdue called the signing a “great day for agriculture.” He said the bill is not only a great birthday present for himself (which happened to be on the same day as the bill signing) but also gives producers peace of mind as they make their plans for 2019 and offers assurances to their bankers and lenders. It also provides food and national security, Perdue added

When speaking at the signing ceremony, Perdue also told the many members of Congress in attendance that the U.S. Department of Agriculture will work quickly to implement the farm bill “as best as you intended,” he said.

In a separate statement, Perdue added, “This is a great day for our farmers, ranchers, foresters and producers, as President Trump’s signature on this bill is a Christmas present to American agriculture. Farmers take financial risks every year as a matter of doing business, so having a farm bill in place gives them peace of mind to make their decisions for the future. Since early talks on this farm bill began back in 2017, I’ve always believed it would be more evolutionary rather than revolutionary, and that has borne out to be true.

Perdue also said USDA offered a tremendous amount of technical assistance to Congress as legislators wrote the bill, addressing more than 2,000 comments to the committees in writing the final package.

“It is your job to write the laws and our job to give you data and facts when you need them,” Perdue said.

House Agriculture Committee chairman Mike Conaway (R., Texas) praised the signing. “Because of the support of the President, Secretary Perdue and a Republican Congress, we were able to deliver a new farm bill in the same year that the legislation was first introduced, which marks a first in nearly 30 years. I’m proud of this bill, and I’m honored to have served as chairman throughout this process.”

Senate Agriculture Committee chairman Pat Roberts (R., Kan.) also was proud of the final product. “We ended up with a bill crafted to address the concerns of all regions and all crops. In a tough economy, the evolutionary -- not revolutionary -- approach of our bill received the most votes of any farm bill in history,” Roberts said.

“Our first commitment was to provide farmers and ranchers with certainty and predictability, and this is what attracted broad, bipartisan support. I am proud of the members of my committee who have worked so hard to give rural America the tools to produce the safest and most affordable food and fiber in the world,” he concluded.