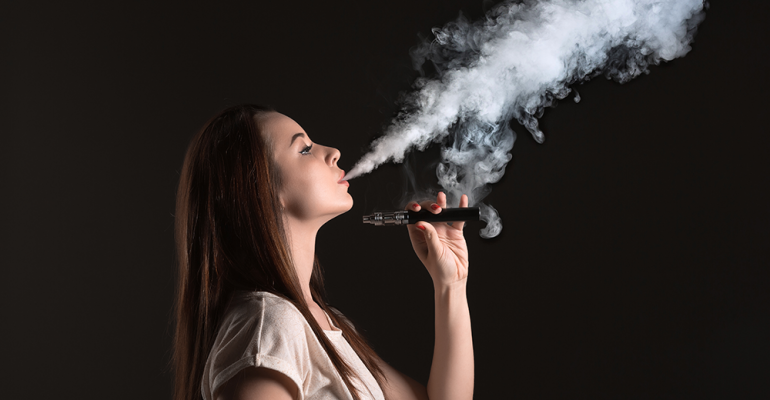 Supermarkets cited in crackdown on e-cigarettes

Supermarket chain stores were among the retailers cited in what the Food and Drug Administration called its largest crackdown to date on the sale of electronic cigarettes to minors.

The FDA said Wednesday that it has issued more than 1,300 warning letters and fines to retailers that illegally sold e-cigarette products to minors during a national sting operation at brick-and-mortar and online stores this summer.

Most of the violations found in the undercover blitz, conducted from June through August, were for the illicit sale of Vuse, Blu, JUUL, MarkTen XL and Logic e-cigarette products, according to the FDA. Those five brands account for about 97% of the U.S. e-cigarette market, the agency reported.

The action is part of the FDA’s Youth Tobacco Prevention Plan announced in April. That initiative emerged from the agency’s broader plan to regulate nicotine and tobacco, unveiled in July 2017, under the Family Smoking Prevention and Tobacco Control Act.

“We’re committed to the comprehensive approach to address addiction to nicotine that we announced last year. But at the same time, we see clear signs that youth use of electronic cigarettes has reached an epidemic proportion, and we must adjust certain aspects of our comprehensive strategy to stem this clear and present danger. This starts with the actions we're taking today to crack down on retail sales of e-cigarettes to minors,” FDA Commissioner Scott Gottlieb said in a statement.

The FDA also plans to revisit its policy that extended the dates for manufacturers of certain flavored e-cigarettes to apply for premarket authorization.

“I believe certain flavors are one of the principal drivers of the youth appeal of these products. While we remain committed to advancing policies that promote the potential of e-cigarettes to help adult smokers move away from combustible cigarettes, that work can't come at the expense of kids,” Gottlieb explained. “We cannot allow a whole new generation to become addicted to nicotine. In the coming weeks, we'll take additional action under our Youth Tobacco Prevention Plan to immediately address the youth access to, and the appeal of, these products.”

To that end, the FDA on Wednesday said it has asked Vuse, Blu, JUUL, MarkTen XL and Logic to submit plans within 60 days to describe how they will address widespread youth access and use of their products.

The FDA noted that, over the past few years, e-cigarettes have become the most commonly used tobacco product by youth. More than 2 million middle and high school students were users of e-cigarettes in 2017, according to the agency.

“Today, we asked five e-cigarette manufacturers to put forward plans to immediately and substantially reverse these trends or face a potential decision by the FDA to reconsider extending the compliance dates for submission of premarket applications,” Gottlieb announced.

In addition, the FDA on Wednesday issued 12 warning letters to online retailers for selling misleadingly labeled and/or advertised e-liquids resembling kid-friendly food products such as candy and cookies.

The agency’s latest action follows a sting operation in the spring that targeted businesses selling JUUL brand e-cigarette products to minors, which resulted in more than 60 warning letters and fines.

As of Sept. 1, the FDA said it has conducted 978,290 retail inspections, issued 77,180 warning letters to retailers for violating the law, and initiated 18,560 civil money penalty cases in its checks of retail establishments selling tobacco products. The agency also has issued more than 135 No-Tobacco-Sale Order Complaints, which can result in retailers being prohibited from selling tobacco products for specified time periods.