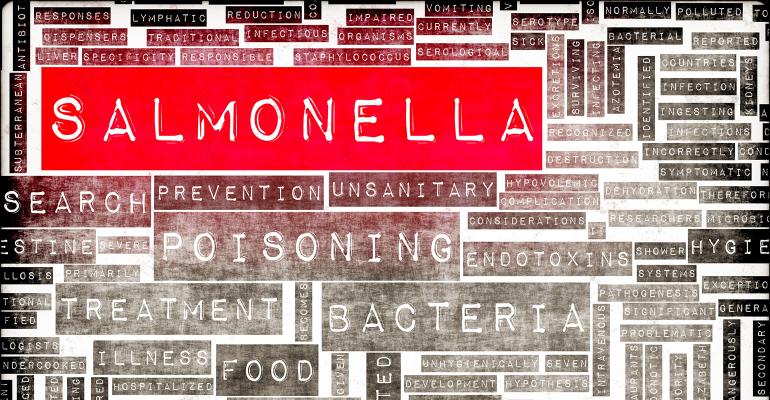 <p>Recordkeeping will play a major role in the government-coordinated drive for improved food safety.</p>
News>Laws & Regulations

Food Safety Modernization Act (FSMA) regulations are poised to change substantially how the food industry does business, according to an industry veteran whose current venture helps companies with compliance.

“People simply do not understand how the world has changed beneath them. Because they’re looking to their left and right instead of straight down at how the foundation of the industry just changed,” said Randy Fields, CEO of ReposiTrak, a technology system that enables retailers and suppliers to keep track of food safety and other documentation.

Last month, ReposiTrak added Albertsons Cos. and the Save Mart Cos. to its growing client list. Fields claims between 25% and 30% of all retail sales volume now goes through ReposiTrak’s system.

For many in the industry, FSMA requirements have been a wake-up call.

“Nearly half of the suppliers when they come on the system are simply not compliant with basic rules of engagement that the industry would like. Basic. Not high falootin’. Basic,” said Fields.

These “basic rules” include indemnity agreements, hold harmless agreements and insurance requirements that would void a retailer or wholesaler of liability if there were an issue with a supplier’s product.

“Every one of those little rules requires a piece of paper with a signature, a date, some numbers in it, etc. It’s been a horribly paper-intensive therefore human-intensive project to determine whether or not your suppliers were or were not in compliance. So it’s really been based in the idea of trust, not actual checking, for the most part,” said Fields.

One big change from FSMA is that the FDA can ask to see a company’s food safety records at any time, regardless of whether the agency is conducting an investigation of a specific issue. FSMA also gives the FDA the power to impose recalls and even exact criminal penalties for executives of companies found to be in violation of the rules.

In addition to substantial penalties from FDA, FSMA regulations give consumers more ammunition to sue if something goes wrong, which could really hurt retailers if their suppliers aren’t prepared, Fields said.

“As we’ve now seen, if the supplier doesn’t have as much money as the supplier is supposed to have, or as much insurance as needed, the retailer and the wholesaler are going to have to reach in their wallets over the tort claims that’ll be made,” he said.

Fields believes that means retailers and wholesalers will limit who they do business with because they don’t want to be liable for issues caused by small suppliers — who are exempt from many of the regulations — and imported products, which may be difficult to ensure meet the same standards as U.S.-made products, as the regulations require.

“We have an industry that’s been driven by the merchants. And over the next decade, it’s going to be driven by the generals counsel, the risk managers in the business, who are going to start to ask very tough questions about what level of risk for any given product or supplier can we possibly absorb,” said Field.

“If I’m right about that, then 10 years from now people won’t have 100 SKUs of mustard,” he added. “They’ll have 25. So that means a whole bunch of mustard makers are going to be in trouble, and differentiating yourself by having a broader assortment might become more difficult, and localization is problematic.”

So far, the retailer perspective appears to be a bit less extreme.

“We are very confident we will be in compliance by the deadline. We’ve met a good amount of the requirements already,” Craig Allen, senior manager, merchandising services, The Save Mart Cos., told SN. The retailer is now working with ReposiTrak to develop a foreign supplier verification program for imported products.

Allen declined to provide details on any changes Save Mart may have made to the way it does business as a result of FSMA, or name any specific challenges it experienced in complying with the regulations.

“We are still in implementation phase for this. And so we still have a lot of discovery to do, [including] as we work through our foreign supplier verification program. But we’re confident as an organization that we can meet the challenge by the deadline,” said Allen.

He stressed food safety was a priority for Save Mart.

“We want out shoppers really to have confidence in Save Mart Cos. and to feel comfortable knowing we’re always going to behave responsibly as a retailer, and we’re going to take all the precautions necessary to ensure their family’s safety when they’re purchasing food in our stores,” said Allen.