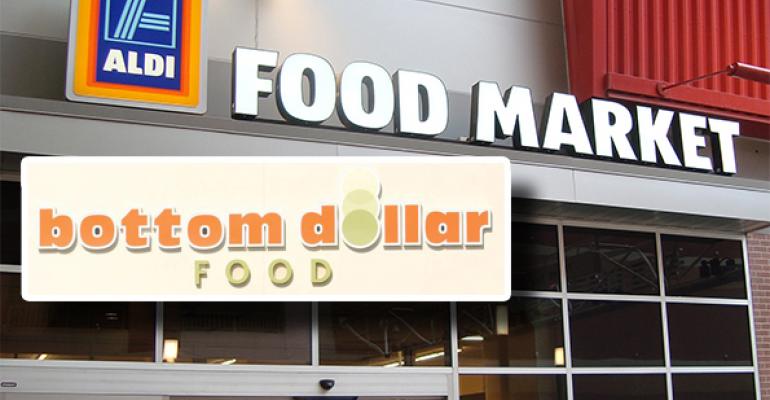 Aldi U.S. said Friday that fewer than half of the 66 Bottom Dollar stores it acquired from Delhaize will reopen as Aldi stores. The announcement came as the companies completed the $15 million deal which was first announced late last year.

Aldi said it intended to reopen 30 sites — most in Southern New Jersey and greater Philadelphia area — and seek a sale or sublease for 36 other stores. All of the sites operated as Bottom Dollar discount stores until they closed earlier this year.

“Aldi has been offering fresh, affordable groceries in Pennsylvania and Southern New Jersey communities for 20 years. With the completion of this real estate transaction, we are able to ramp up our expansion plans in the region to meet the growing demand for the Aldi difference: high-quality groceries at everyday low prices in an easy-to-shop store,” Jason Hart, Aldi’s CEO, said in a statement. “While we are excited to pursue opening ALDI stores at 30 of these locations, we will continue working with those communities where we will not be using the sites to ensure a smooth transition.”

Aldi did not say when it expected the new stores to open but sources told SN that work already appeared to be underway in at least some sites in Philadelphia. Following is a list of stores that Aldi said it intends to reopen: 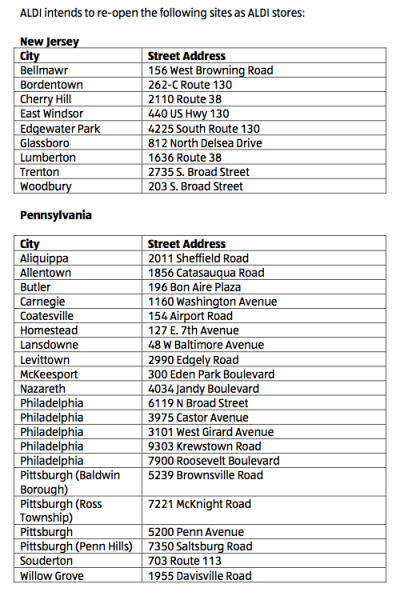 Aldi said the new stores would be part of a growth plan to open 650 new stores by the end of 2018, with the goal of operating nearly 2,000 stores across the country. It operates around 1,400 stores today.

In an interview with SN last week, Frans Muller, CEO of Delhaize Group, said his company lacked the ability to achieve profitable sales for Bottom Dollar, despite having created a discount format that was well-liked by shoppers.