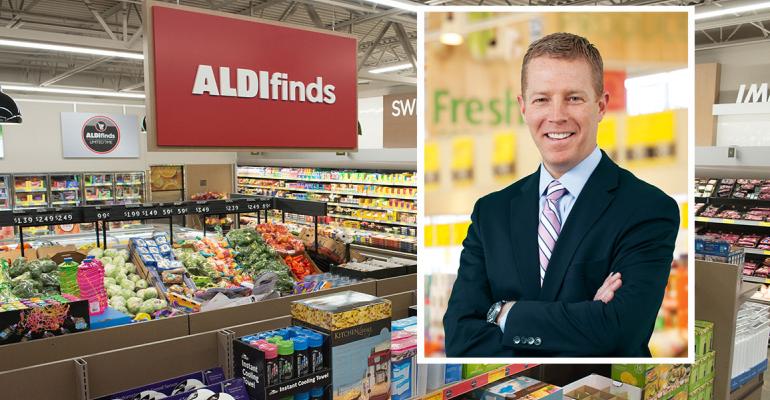 No one knows Aldi US better than Jason Hart. He joined the company in 1993 as a management trainee, then ascended to the ranks of president of Aldi US, and most recently, CEO of Aldi US.

Today, Hart — a member of SN's Disruptors 2015 list — makes sure that Aldi’s mission remains ingrained in the company’s culture, which was established nearly 40 years ago: To provide great quality at everyday low prices. 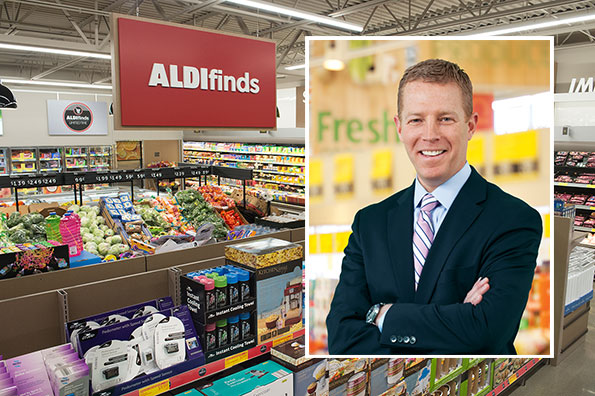 Sound familiar? Well now, Walmart, the undisputed EDLP heavyweight, is getting beat at its own game. In the early days Walmart used low prices as its core differentiator. Aldi, also driven by low price, was equally focused on product quality. Not perceived product quality, but real quality goods that they’d be proud to serve their own family.

This proven, somewhat simple strategy continues to gain momentum as Hart adapts and modifies Aldi’s business practices in order to cater to the nuances of the U.S. market. And he’s apparently doing a great job as Aldi’s 1,350 stores now attract more than a million U.S. shoppers every single day.

Hart believes the key to the company’s success is their relentless focus on cutting costs and making sure those savings are realized at the checkout stand. Aldi understands that its stores are not for everyone. So they don’t try to be all things to everyone — something that many retailers continue to attempt in a no-growth industry. However, this “all-things-for-everyone” mentality has neutralized many markets because retailers are no longer able to differentiate their banner and define their shopper value equation.

At the Hart of the Shopper

No, that’s not a typo. It’s what I believe is one of Jason Hart’s greatest assets — his ability to listen and anticipate the ever-changing behaviors of today’s shopper. While Aldi’s original model is certainly steeped in low price and high quality goods, it’s Mr. Hart’s leadership that keeps the chain relevant to its existing shopper base while attracting new shoppers.

Aldi, as a grocery discounter, benefited significantly when the economy declined as consumers sought ways to get more value from every food dollar. Once the economy began rebounding, Hart quickly realized that many of the formerly income-constrained shoppers remained loyal to Aldi. At this point, in my opinion, Hart realized he could grow the U.S. operation even faster by focusing on the following four key tenets:

For items 1 and 2 above, Hart had to ensure that Aldi remained true to its core value proposition. Items 3 and 4 required some additional tactics to make the shopping experience more enjoyable. In a recent SN interview, Hart described the new stores as modern, fresh, efficient, bright, and welcoming.

But Hart knew updating the décor was only part of the transition Aldi needed to get beyond its deep discounter persona. Hart, with a keen eye on customer trends and purchase behaviors, began catering to shoppers looking for “better-for-you” products — all while keeping cost savings and product quality at the forefront of his growth strategy.

For example, Aldi now offers nearly 70 varieties of fresh, in-season produce, including organic fruits and vegetables, many of which are produced by local farmers.

Additionally, Hart wasted no time expanding their natural and organic, gluten-free products with the introduction of several “better-for-you” brands, including Fit & Active, Live-G-Free, and Simply Nature. They have also expanded their fresh meats, which now includes organic, grain-fed, ground beef. And in October, Aldi removed products containing hydrogenated oils, artificial colors, and MSG from its stores, proving once again that they are in tune with their shoppers.

Smaller, limited assortment stores combined with 90% private label, fresher produce, localized assortment, lower prices, and a pleasant shopping experience will certainly change the face of food retailing. Aldi, which plans to have 2,000 stores by the end of 2018, is proving that shoppers do not have to make trade-offs. Shopping at Aldi saves time and money (even on organic goods), without sacrificing quality. And because stores are only about 11,000 square feet, they can be built and opened quickly, even in high-rent urban areas.