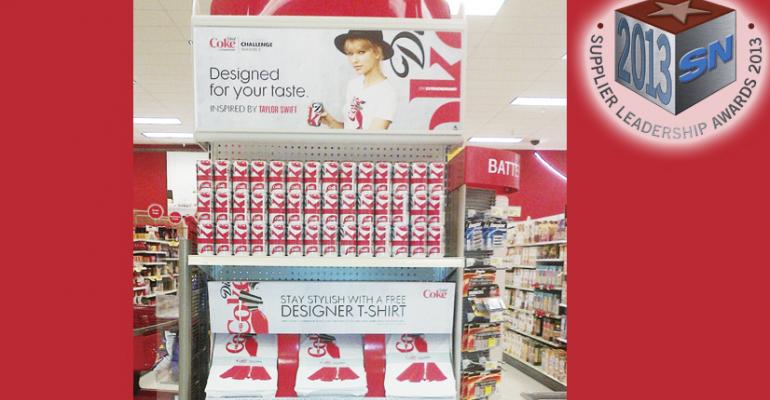 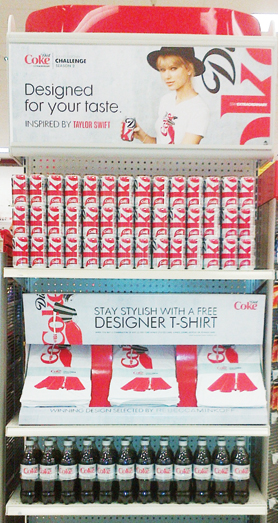 Online judging, blogger partnerships, a Pinterest contest and in-store merchandising were among the components used in a Coca-Cola/Target marketing campaign.

Since today’s consumers are influenced in a variety of ways and want to control how they receive messages from brands, using multiple touch points is critical to gaining traction in an increasingly cluttered space, said Kerry Tressler, a Coca-Cola spokeswoman.

“By delivering a message through social, digital, PR and in-retail, the consumer is allowed to engage with the message, explore it in their own way and determine how and when they will interact with it,” said Tressler.

Coca-Cola did just that with its Coca-Cola Young Designer Challenge, in which aspiring designers submitted a Diet Coke-branded T-shirt design inspired by the style of singer/songwriter Taylor Swift. The contest was held over the summer, following a similar campaign in 2012.

Swift created two videos for the contest. One invited fans to submit a design, while another detailed her style inspirations. Both were featured on the DietCoke.com/DesignerChallenge page and distributed through social channels.

Twenty submissions were posted to a voting website. A public vote narrowed the submissions down to 10 finalists. A judging panel, led by Minkoff, selected the winning design.

Julianna Bass, of New York, was the grand-prize winner for her sketch of a woman in a flaring red skirt leaning on a Diet Coke logo.

In addition to having her design featured on the T-shirt, Bass received a $10,000 cash prize to pursue creative endeavors, and a trip to meet Taylor Swift at one of her tour stops.

Minkoff shared a photo of herself wearing the shirt on her social media channels.

Among other prizes, consumers who entered a Pinterest contest showing how they would style the winning T-shirt were entered to win a Target gift card to buy a new fall wardrobe.

The shirt was sold for $9.99 in the beverage aisle in all U.S. Target stores last month. Point-of-sale elements included a header and shipper on endcaps.

“The program was allocated a priority endcap in all stores to bring the program to life,” said Tressler.

Coca-Cola collaborated closely with Target to promote the contest in real time in social media.

Diet Coke partnered with two of the top fashion and style bloggers — Aimee Song of Song of Style and Kim Pesch of eat.sleep.wear. Both bloggers revealed a unique, styled look with the Diet Coke T-shirt, and encouraged readers to buy the shirt.

The many components of the campaign enabled consumers to partake in several different ways, Tressler said.

“The target audience could take different actions, from entering the contest to voting for their favorite design,” said Tressler.