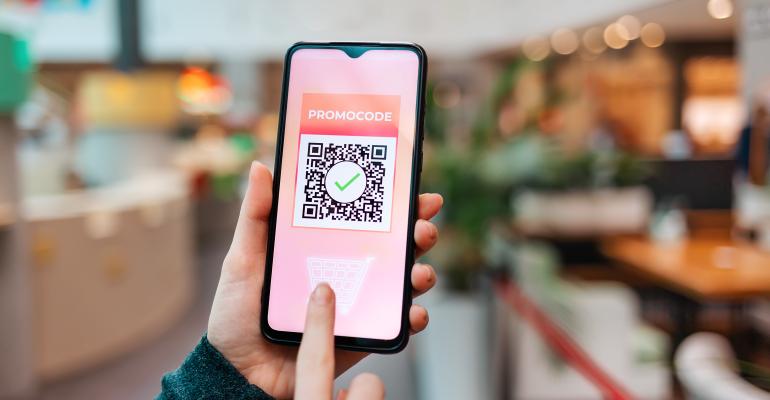 A coalition of consumer-advocacy groups have reached out to leading food retailers asking them to make “digital-only” promotions available to all consumers.

“It’s digital discrimination, and the most vulnerable people are being shut-out of these online discounts at the worst possible time given record high inflation,” said Edgar Dworsky, founder of Consumer World and a former assistant attorney general in Massachusetts, in a statement on his blog.

“Big supermarkets need to provide an offline alternative to the digitally disconnected so they can reap the same savings that connected shoppers enjoy,” he said.

Dworsky said that digital-only discounts—available to customers who can download digital coupons onto their loyalty card, or via other means that require smartphones and/or an internet connection—are often inaccessible to older and lower-income consumers. He cited 2021 data from the Pew Research Center showing that while smartphone use is growing among older consumers, 39% of consumers age 65 and older do not own a smartphone, and 25% don’t use the Internet.

The letter said that in addition to being unfair to many low-income and older consumers, the practice of offering digital-only coupons that need to be downloaded to a loyalty program account may be confusing to shoppers in general. A Consumer World survey of 950 shoppers found that nearly one-third could not correctly explain how to obtain an advertised digital discount, the letter said.

The practice may also be a violation of federal and state laws, according to Consumer World.

“We believe the use of digital-only offers as many chains have implemented them may constitute an unfair act under the Federal Trade Commission Act and similar state laws,” the letter stated.

In a statement, Albertsons said it has been working to resolve the issue.

“While we primarily offer [special pricing for loyalty members] through our website or our banner store ‘for U’ app on a smart phone, many of our stores also allow for individuals who may not have digital access to present the weekly circular to the cashier for the discount(s) to be applied at the register,” the company said. “We will continue to provide assistance to users of the rewards program in the store to help them ensure they get the best possible experience and prices.”

Kroger, Stop & Shop and Smart & Final were not immediately available for comment.

The practice of offering digital-only deals has been increasing Dworsky said, based on his analysis spanning more than 50 retailers.

For the past several years, retailers have increasingly offered digital coupons as a part of their loyalty programs, which provide retailers with a vehicle for more personalized communications with their customers. Both Kroger and Albertsons—which are in the midst of a proposed merger—have been at the forefront of the industry’s digital loyalty program trend.

In a post on the Consumer World website, Dworsky suggested that retailers could take several steps to make digital coupons accessible to all consumers:

In a post on Consumer World earlier this year, Dworsky cited some retailers that had already adopted some of these solutions, including Giant Food and H-E-B.