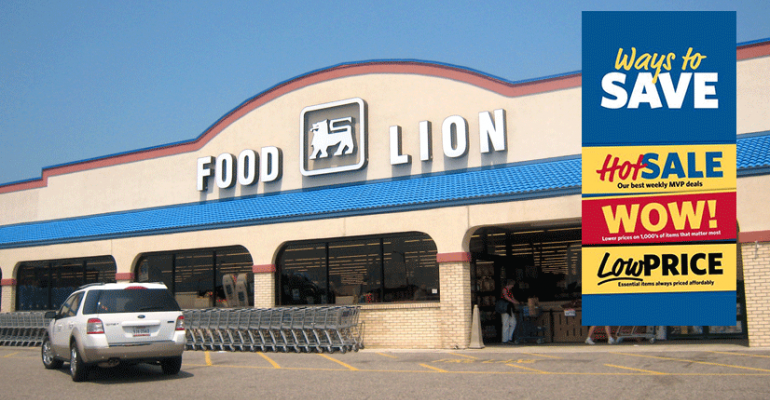 Food Lion on Monday announced a new round of price investments and said it has redesigned how it will communicate those prices to shoppers in its stores.

"Affordable prices and great deals are a significant part of our heritage at Food Lion and the reason why we have invested further to bring our customers even lower prices," Meg Ham, president of Food Lion said in a statement. "Today's announcement is not only about making grocery shopping more affordable for our customers, but also making it easier, as we have redesigned our in-store signage so customers can easily identify savings throughout the store."

Food Lion said price reductions were made to “thousands” of the most frequently purchased items at stores, including everyday staples like apple juice, peanut butter, frozen vegetables, canned beans and household items like paper towels and detergent. The changes went into effect at all 1,100 Food Lion stores on Monday. Citing competitive reasons, a Food Lion spokeswoman declined to specify the amount of the reductions being made.

The pricing action is an extension of ongoing rebranding under the ongoing “Easy, Fresh and Affordable” initiative designed to improve basket sizes through improved service, selection and pricing at Food Lion stores.

In 2014, Food Lion remodeled the first 76 stores as part of the strategy in the Wilmington and Greenville, N.C., markets and will complete an additional 160 stores in the greater Raleigh, N.C., market by the end of 2015. All of Food Lion's stores will be remodeled in markets over time to make shopping easy, fresh and affordable for customers, the company said.