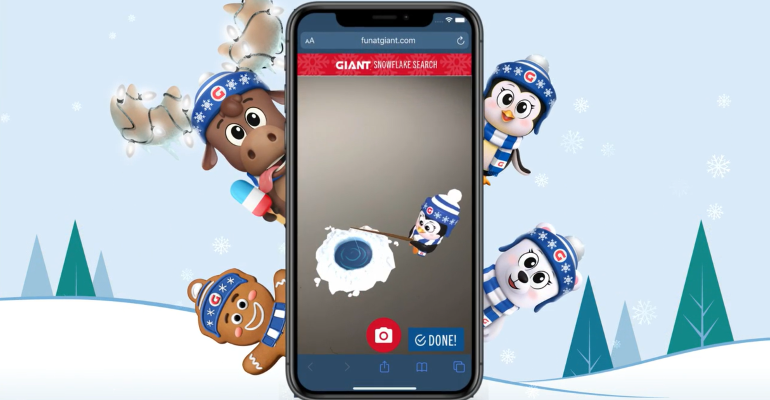 Developed with media and creative agency Schiefer Chopshop, Giant’s Snowflake Search is designed to engage children during their visit to the grocery store. To play the game, customers scan a QR code on special in-store signage with their smartphones. An audio introduction by a snowman asks kids to search for six snowflake signs throughout the store. Each snowflake triggers an interactive character on their phone, such as a polar bear juggling clementines and bananas in the fruit section. Children also can track the characters they’ve found and access hints to find the remaining ones.

Snowflake Search may be the first web-based AR application used in an entertainment capacity by a U.S. grocery retailer, according to Giant, which noted that other companies are using AR to provide information on products. 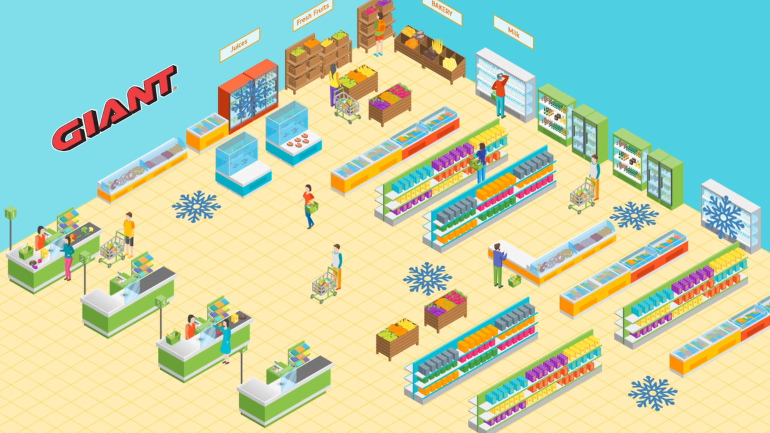 The Snowflake Search game, accessed on a smartphone, is being offered at 15 Giant supermarkets in the Harrisburg, Pa., area during the holiday season.

“As a parent, I know firsthand how challenging a trip to the grocery store can be with young children, especially during the holiday season,” Kimberly Mack, manager of digital strategy and media at Giant, said in a statement. “Our Snowflake Search game delivers on our commitment to innovation and our promise to the families we serve by making the weekly task of grocery shopping a bit more fun for our younger customers and a bit easier for mom and dad, too.”

Also through Snowflake Search, Giant Choice Rewards members can earn 50 points for each character found, up to a total of 300 points each time they play and for up to five games (1,500 points) through Jan. 30. Points can be redeemed for fuel discounts, converted to dollars for savings on their grocery purchase, or used for bonus offers like discounted or free products.

“We’re always looking for ways to deepen our relationships with our customers as well as ways to create an exciting and unique shopping experience inside our stores. By incorporating Giant Choice Rewards into our Snowflake Search experience, we’re able to provide our digitally engaged customers with a fun and easy way to earn valuable rewards, which we think will be especially appreciated during the holiday season,” Mack added.

Yesterday, in its flagship store at 3301 Trindle Road in Camp Hill, Giant marked the grand opening of The Berenstain Bears Treehouse. Featuring the characters of Mama, Papa, Brother, Sister and Honey Bear, the treehouse aims to encourage imaginative, with a focus on healthy eating, physical fitness and good health practices. 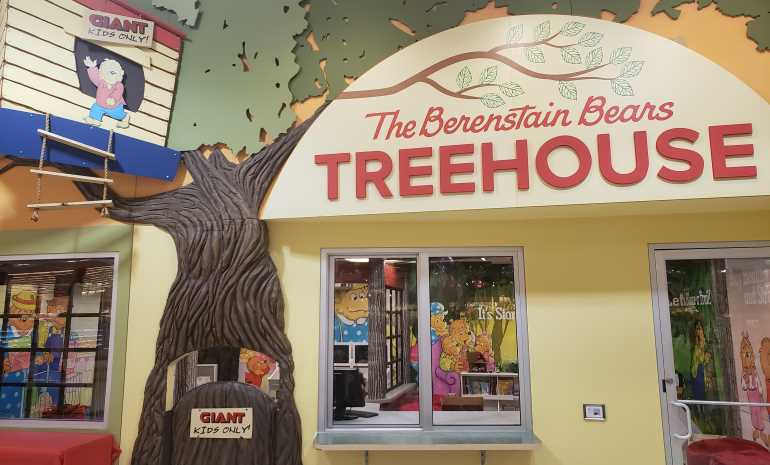 Next year, Giant plans to convert its Treehouse childcare spaces at five other stores into Berenstain Bears Treehouses. Those locations include Giant stores in Harrisburg (Linglestown Road), Jennersville, Royersford, and Willow Grove, Pa., and the Martin’s store in Eldersburg, Md.

“Since being introduced in 2005, our Treehouse space has been a safe and fun place for kids to be kids, one that parents can feel good about their kids being in as they shop, and that’s something we’re very proud to be able to offer families,” Bertram stated. “A renowned Pennsylvania brand, The Berenstain Bears were a natural fit for us as we began to reimagine this space because, for more than 50 years, they’ve helped create strong families and communities through their books.”