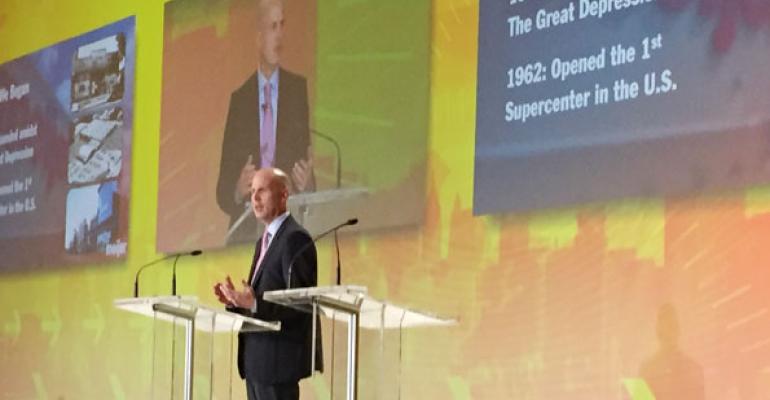 Meijer has been able to connect with Millennial consumers because much of its culture meshes well with these younger shoppers, JK Symancyk, the retailer’s president, said in a presentation Thursday.

The 218-store retailer was founded during the Great Depression as a local operator, and that ongoing focus has come full circle with this generation, he said during a session at The Global Summit 2015, presented by The Consumer Goods Forum in New York.

“Local connections is what we thought was important in 1934, and it’s also something that happens to be very important to Millennials,” he explained.

While this generation represents the fastest growing group of customers, Meijer avoids the temptation of viewing Gen Y as a uniform entity, he said.

“Don’t think of them as one group,” he explained. “A lot of them haven’t decided what they want to be. Don’t judge them. Listen and learn.”

Despite the wide belief that younger consumers are the ones focused on transparency and trust, that’s too simplistic, he asserted.

“It’s not generational, it just manifests differently by each generation,” he said.

Meijer’s status as a privately held retailer further bolsters its position with consumers, he added.

“It’s less about size and more about public versus private,” he said. “The fewer constituents you serve, the truer you can be to your mission. When you have responsibilities to investors and shareholders as well as customers, you have to decide which group to be right for. To have the freedom to be focused on customers 100% of the time is a blessing.”

Symancyk urged the industry to keep the people factor in mind as companies grow their businesses. Meijer employs some 66,000 team members across its regions.

“It comes down to your people,” he said. “Don’t lose sight of psychology and behavior as you work to catch up to technology. We want to invest in our people to be stewards for customers.”

Symancyk made his remarks both in a short speech and during a one-on-one, on-stage interview with questioner Mark Batenic, president and CEO of IGA.