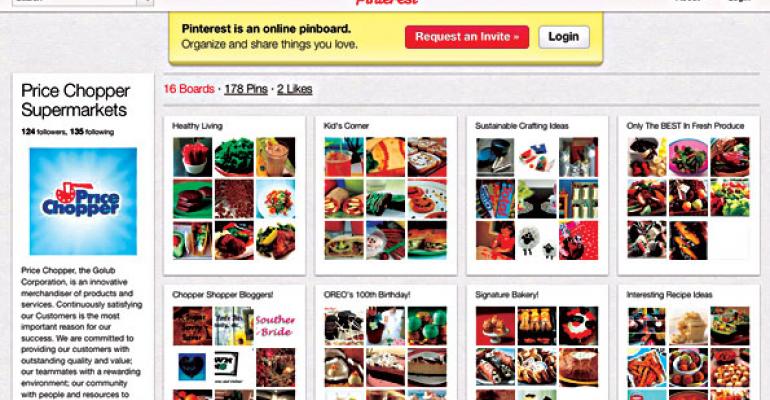 Pinterest is a virtual pinboard that lets users organize and share articles, photos, recipes and more. Instagram is a photo-sharing application that allows users to take a photo and then share it with a variety of social networks, including Instagram’s own.

“Our customers want to engage with us in the digital space, and we plan to be there,” Heidi Reale, Price Chopper’s director of marketing and consumer insights, told SN.

“We saw a movement from our customers starting to use it,” said Reale. “When you see a sizable number of customers use it, it makes sense to us to engage with customers in that vehicle.” 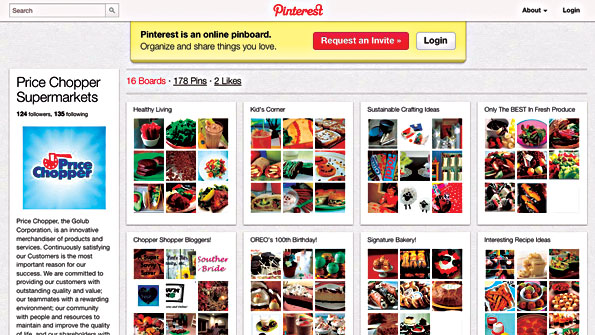 “It allows us to highlight things that we know our customers are interested in,” she said.

Samuel Trimboli, a Price Chopper customer communications representative, set up the site for the chain. Trimboli talked about the venture in a recent column posted on the Price Chopper blog.

He explained that pinners share pictures and articles and bookmark items found on the web.

“Pinterest is great because it’s basically like having a subscription to 10 different magazines, but not having to pay for them or worry about them cluttering your coffee table,” Trimboli wrote. “That being said, the days of clipping out recipes from magazines to bring to our friends could be numbered.”

“I love the idea that you are on Pinterest,” one person wrote on the Price Chopper Facebook page. “I find Pinterest a great way to find and store recipes.”

Meanwhile, Price Chopper uses Instagram to share photos of products and services. It asked customers to share pictures of their supermarket trip, meals they prepare using products from Price Chopper and other images.

The chain is exploring other social media sites as well, although Reale declined to discuss those plans until they are finalized.

Meanwhile, Price Chopper continues to build its Facebook and Twitter following. For instance, in celebration of Leap Year, the chain posted several 29-cent digital coupons on its Facebook page on Feb. 29. The goal was to get more people to “like” the page, since only those who did could get the coupons. The promotion exceeded expectations, building its Facebook fan base by more than 4,000 people, for a total of more than 91,000 “likes.”