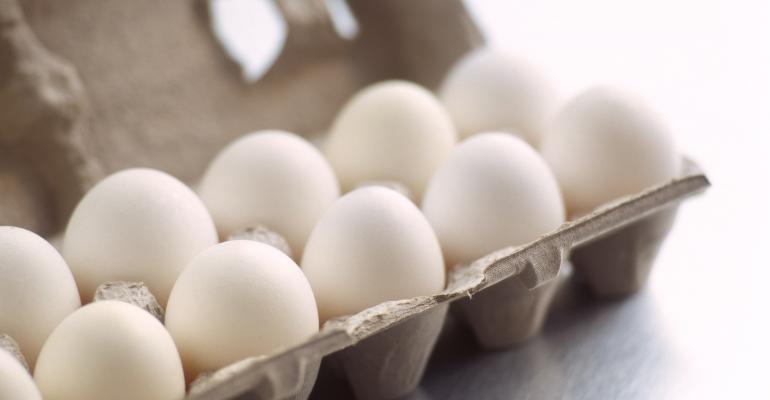 The price of eggs got you down? Try leaning on Instagram Reels.

Uncle Giuseppe’s Marketplace, the 10-unit supermarket operator based in Melville, N.Y., took to Instagram this week to promote a three-day egg sale with a catchy music video.

Soaring prices for retail eggs have been capturing headlines for months, as the nation’s worst-ever outbreak of avian influenza caused a shortage of egg-laying hens. Egg prices were up 60% in December, compared with year-ago prices, according to the most recent Consumer Price Index report, and some local reports described prices as high as $6 or $7 per dozen.

In its five-second Instagram reel promotion, Uncle Giuseppe’s zooms in on the egg case and shows a hand reaching in for a store-brand carton of a dozen Grade A extra-large eggs while three lines of type pop up on the screen in red banners proclaiming: “Three day sale — $3.99 — January 17th -19th.”

For the musical accompaniment, the video features the lyric “Now look at this” from the 2008 song Day ’N’ Night by the hip hop artist known as Kid Cudi, along with a bouncy digital beat. The lyric and beat rose to popularity in 2021 on TikTok, often as a background for blooper-style content. The Uncle Giuseppe’s reel received about 750 likes in its first two days in Instagram.

A spokesperson for Uncle Giuseppe’s was not available for comment.

The company, known for its extensive assortment of Italian fare and its prepared food offerings, is relatively active on social media, often posting colorful photos and short music videos that showcase its specialty foods selection.

One recent Instagram reel featured a slow pan across the fresh meats in the deli case while the lyric “Heaven, I’m in heaven” from the classic song “Dancing Cheek to Cheek” played as background. The retailer has a following of 23,000 on Instagram and almost 4,000 on Tik Tok.

The Instagram reel promoting the egg sale comes as egg prices have reportedly begun to moderate, a typical post-holiday-season trend.

**
Wow, eggs are expensive. How is your store getting shoppers to buy them? Tell us below in the comments, or email your thoughts to SN Executive Editor at [email protected]