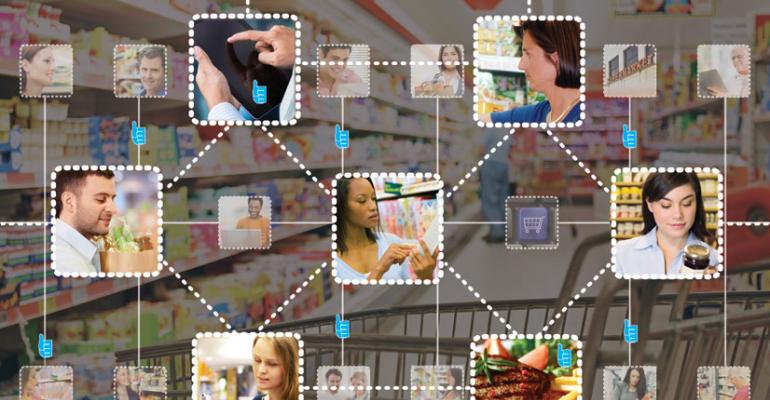 Publix Has ‘Klout’ in Social Responsibility

While these may sound like mundane questions, shoppers overwhelmingly respond to them on Publix Super Markets' Facebook page. These and other queries received several hundred Facebook comments, “likes” and “shares.”

With each poll and posting, Publix makes a deeper online connection with its shoppers.

“Consider this page an extension of your store experience,” Publix says of its Facebook page.

Indeed, compared with some retailers that touch base on social media here and there, Publix posts virtually every day — sometimes several times a day — with polls, recipes, new product announcements, store openings, savings and more.

When it entered the social media sphere several years ago, it was clear about its intent — it wanted to position it as a natural extension of the in-store experience, said Publix spokeswoman Maria Brous.

“We want to share in our customers’ experiences, answer their questions, provide education information and share in the love,” Brous told SN.

That’s a big reason why Publix has more than 1.6 million Facebook fans. And interest is quickly growing in an offshoot to Publix’s traditional page: a career-oriented Facebook page. Currently followed by more than 6,500 people, the page includes job openings; associate profiles and testimonials; live chats with recruiters; and recruiter profiles and career-advice blogs.

“With our traditional Facebook page, we found that customers are our potential job seekers,” said Brous. “We wanted to provide customized content to potential associates and answer their questions about Publix as a place of employment.”

Indeed, Publix is a model example of a company that knows how to use social media to its benefit, said Brad Nix, co-founder and chief strategy officer of Black Pearl Intelligence, San Antonio.

“Someone inside the organization understands how social media works,” said Nix. 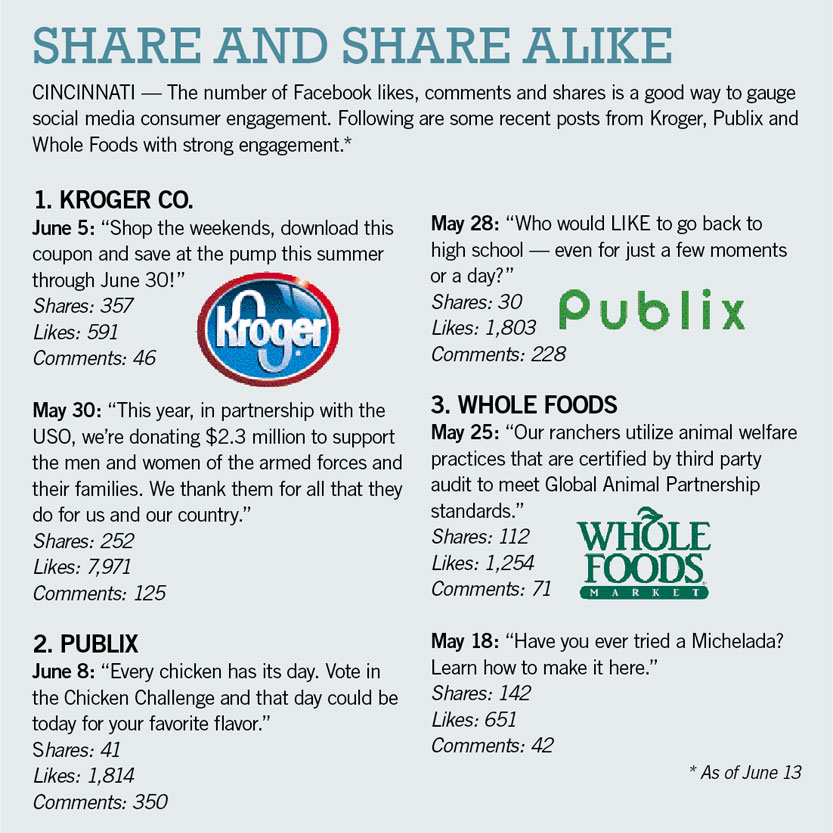 Black Pearl powered a 2012 study with grocery broker BeaconUnited and ArchPoint Consulting that showed that the grocery industry, for the most part, lags in using online shopper insights for shopper and competitive advantage.

Grocery-related social media conversations are estimated at 10 million annually, yet many grocers are still slow to respond, the study found.

But Publix, along with several other chains, including Whole Foods Market and Kroger, get it right. Publix has a Klout score of 53. (A Klout score is the measurement of influence on a 0-100 scale based on ability to drive action in social networks.)

Other retailers are also highly influential in the social media world: Whole Foods’ Klout score is 86, and Kroger’s, 49.

Other leading chains, however, have a Klout score of 0, said Nix.

“Until recently, social media was viewed as an after-school project,” he said. “It wasn’t treated as an important strategy asset.”

“People will realize you have nothing to say, and move on,” he said.

This is especially true of the powerful Millennial group, which relies on social media for news, entertainment, relationships and business.

“Social media for Millennials is not a toy; it’s instrumental in their lives,” he said.

Retailers should follow the lead of Whole Foods, Publix and others by making social media a strategic imperative, just as they would do for the traditional side of their businesses, said Nix. That means leveraging Facebook for much more than, say, an update about a new product launch or sale. Rather, relevant communications that resonate with the consumer are necessary.

Creating a social media initiative does not require a huge investment, considering most of the technology already exists, said Nix. The missing link is creating a strategy that ties it all together so that a relationship is formed, he said.

Retailers can gauge their success by analyzing the engagement of their social media users. One way to do so is by examining the number of Facebook “likes” and, more importantly, comments and shares.

Because of its heavy use of photos, Pinterest caters to food retailers’ key demographic in a visually appealing way.

“Pinterest is visual in that all the ingredients you need are not just listed, but also pictured,” she said.

While some retailers use it only to post their weekly ads, others more wisely “pin” quick-and-easy, affordable and themed meal ideas to help harried moms prepare weekly dinners.

“It’s a tool that can drive pride in your store,” she said.

While Facebook and Twitter help with consumer engagement, Pinterest is a more powerful sales tool, said Romano. That’s because with each recipe idea and product mention, retailers can drive consumers to their stores.

“It’s better in converting people to purchase a product,” she said.

From Kroger to United, More Retailers Discover ROI in Social Media
May 20, 2013