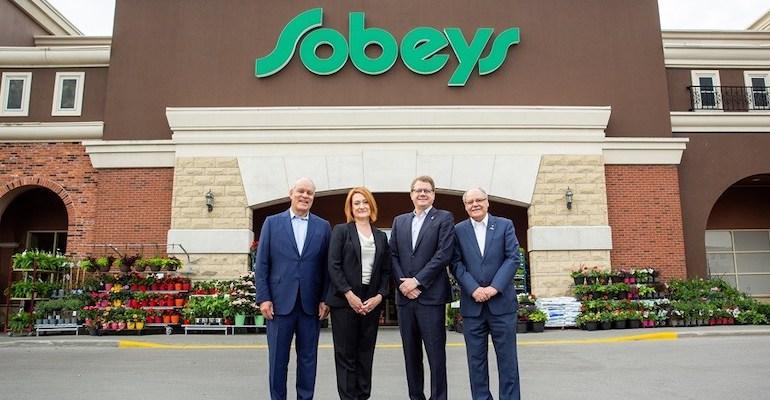 Sobeys Inc. parent Empire Company Ltd. has partnered with Scotiabank and Cineplex as co-owners of Scene+, a new customer loyalty program aimed at becoming one of Canada’s largest.

Stellarton, Nova Scotia-based Empire said it plans to begin rolling out the Scene+ program in Atlantic Canada in August and then continue across the country until all its grocery banners — including Sobeys, Safeway, Foodland, IGA, FreshCo, Chalo! FreshCo, Voilà by Sobeys/Safeway/IGA, Needs, Thrifty Foods, Les Marchés Tradition, Rachelle Bery and Lawtons Drugs — are integrated by early 2023. Scene+ will also be used in Empire’s liquor stores in Western Canada.

“Evolving our loyalty offering is one of the final building blocks of our transformation strategy at Empire,” Michael Medline, president and CEO of Empire, said in a statement. “This is such an important milestone in our loyalty and customer experience journey. Scene+ is a great example of the game-changing moves we can now make because of the strong foundation we've put in place at Empire.” 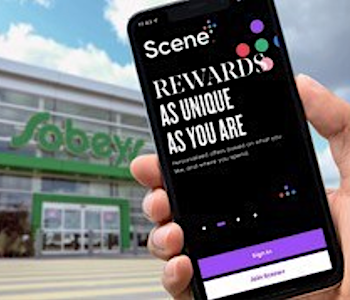 In becoming a partner in Scene+, Empire/Sobeys wlll transition customers who currently participate in the Air Miles rewards program. (Photo courtesy of Empire/Sobeys).

Scene+ already boasts over 10 million members who can earn points at Scotiabank, Cineplex Theatres and other entertainment venues, and 700 Recipe restaurants across Canada, including Swiss Chalet, Harveys and Montana’s. Redemption partners also include Expedia and retailers like Apple and Best Buy.

And now the program will soon welcome grocery shoppers, too.

“Scene+ members and extensive customer research tell us that grocery is such an important piece of any loyalty offer,” according to Tracey Pearce, president of Scene+. “We are thrilled to welcome Empire as a new co-owner of Scene+. Together, we will offer Canadians an innovative loyalty offering powered by some of Canada’s strongest and most beloved brands.”

With the launch of Scene+, Empire will gradually transition from Air Miles program, one of Canada’s leading consumer loyalty programs. Empire said Air Miles members will continue to earn and redeem points in stores until the new Scene+ program is available in their region.

Empire said it expects incremental sales and earnings from the first year of Scene+’s operation.

“Coupling Scene+ with the investments we’ve made in technology, data and personalization will push the customer experience in our stores to new heights,” Empire’s Medline added. “Scene+ is on an exciting evolution to become a world-class loyalty program in Canada. We’re thrilled to be able to offer our customers significant opportunities to be rewarded when, how and where they want.”

Dallas-based Loyalty Ventures Inc., the owner and operator of the Air Miles Reward Program, had announced on June 8 that it was unable to come to sponsorship extension terms with Sobeys, which provided notice that it planned to exit Air Miles on a regional basis, starting with Atlantic Canada, between August and the 2023 first quarter. Loyalty Ventures said it plans to seek new retail partners for the rewards program, which also is sponsored by Canadian grocer Metro Inc. Sobeys represented about 10% of Loyalty Ventures' 2021 adjusted EBITDA.

"Our long-time Air Miles' sponsor, Metro, remains committed to the Air Miles coalition and will continue to welcome the millions of customers that shop and redeem in their stores where the Air Miles Reward Program is offered — namely, Ontario, Canada's most populous province," Loyalty Ventures CEO Charles Horn said in a statement. "Metro intends to work closely with Air Miles to continue to offer the best value to its customers in their food or pharmacy stores to earn and redeem their Air Miles reward miles with Metro. Additionally, Air Miles will have the ability to expand into adjacent verticals — including mass merchants, convenience stores, dollar stores and other retailers — that were previously precluded by the terms of the Sobeys contract. We are in active discussions with grocers as well as those verticals that have been previously unavailable to us."