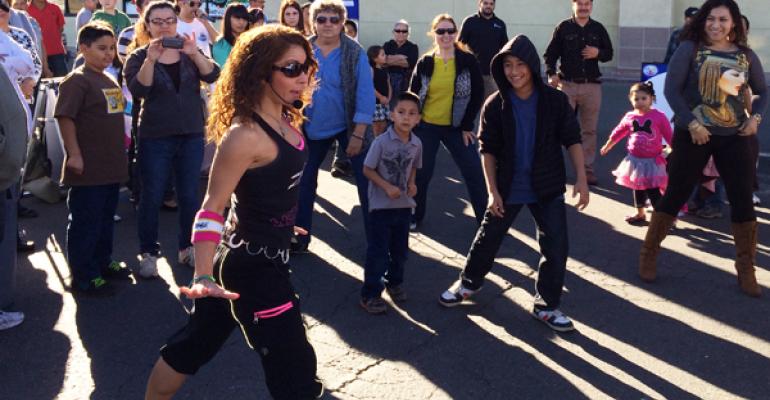 Unified Grocers, the Los Angeles-based retailer-owned cooperative, said it was pleased with the turnout at its first-ever Hispanic marketing events during the first weekend in January — events that are scheduled to continue throughout the year as part of the company's new marketing initiative.

Called “Celebremos!” — “Let’s Celebrate!” — the store-front events are scheduled to be held every weekend at various stores in Southern California, Northern California and Las Vegas, with booths sponsored by participating manufacturers for sampling and coupon distribution. General Mills and Nestlé are hosting four booths each at the first few events, though additional booths featuring more manufacturers are being considered for future events, Unified said.

Each event will be built around a different theme, with January events focusing on fitness and health and featuring demonstrations of Zumba, a Colombian dance that incorporates elements of aerobics and martial arts. The focus of future events will be culinary traditions in February, soccer in March, education in April, beauty in May and grilling tips in June, while events during the second half of the year will focus on back-to-school, holiday traditions and Hispanic heritage, among others.

Events are scheduled Jan. 11 and 12 — from 11 a.m. until 4 p.m. — at locations of Cardenas Markets and Super King in Southern California, whose stores also served as locations for the first two events during the first weekend in January.

Celebremos! is a turnkey event in which retailers need only clear space in their parking lots, with the wholesaler setting up all the booths and other equipment. The chains are promoting the events through in-store signage, weekly ads and social media.