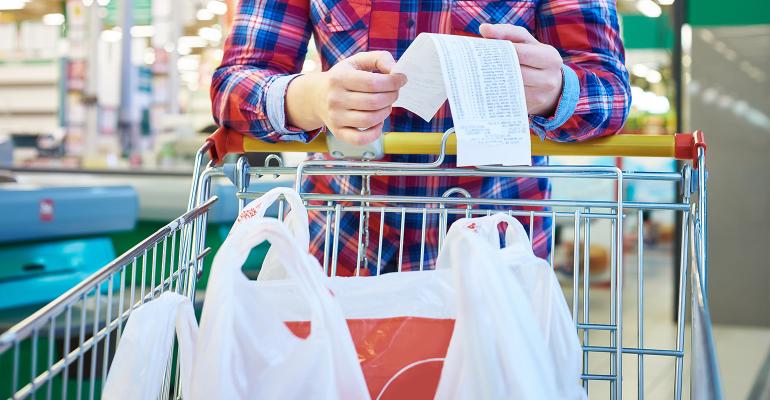 U.S. grocery chains face intense price pressures due to the rise of competition from new entrants with discount-heavy business models and from mass merchants and online channels. Aldi from Germany has made inroads, with Lidl hard on its heels, along with Save-A-Lot, Dollar General, mass merchant Walmart and other homegrown firms touting low prices.

Consumer preferences reinforce the trend. “Best value” and “lowest prices” are the first and third most important factors in choosing a grocer, according to a recent survey of nearly 2,200 consumers in Atlanta and Washington, D.C., by Bain & Company and ROI Consultancy Services.

And it’s easier than ever for consumers to spread their spending among different grocers. Almost half of monthly grocery spending, on average, goes to stores that are not the consumer’s primary store, with many shoppers buying from three or more retailers, Bain’s survey found.

Many chains have made huge investments to slash prices broadly. But some grocers face sticker shock, as they aren’t getting much of a return on their price-reduction investment. They may act hastily, without the same rigor they apply to investments elsewhere. Knowing how to invest to gain share of wallet among current customers, and attract new customers, has become critical. A key part of that process is to embed a favorable price-value image in consumers’ minds.

When grocery managers make decisions on pricing, two fundamental questions sometimes go unasked: Will customers notice? And will the retailer get an attractive return on the investment?

All too often, consumers do not notice. At the very least, a grocer wants to get credit for the chosen price structure—in other words, for consumers to have a good sense of how its prices compare with competitors. And most grocers want to be perceived by consumers as having lower prices, relative to competitors, than they in fact do. A retailer with average prices that are 5% higher than a key competitor’s prices would love to be perceived as being at parity. Even a 1- or 2-point difference in perceived prices can be worth hundreds of millions of dollars in sales or margin.

There are clear winners and losers in the battle to get this pricing credit from consumers. Our survey asked shoppers about the prices at eight retail chains carrying groceries. We found that retailers get more or less recognition for their pricing than actual shelf prices would suggest. Some of the retailer are perceived by consumers to have higher prices than the actual prices warrant, which means they are losing the battle for favorable perception.

Beyond shelf price, how can grocers get more credit from consumers? The survey findings contain insights with practical value for any grocer:

• Signage. Clear and consistent in-store signage stands out as a powerful tactic for all grocers.

• Private label. Beyond delivering value, private-label products can also be used to strengthen quality perception. Wegmans, the private chain in the Northeast U.S., uses private label to advance its more premium experience. Wegmans has been ahead of the curve with unique private-label products, introducing gluten-free, wheat-free, and organic options early on. The company views private label as a way of offering differentiated products that consumers want but can’t find affordably elsewhere.

• Store design. The look and feel of stores can influence perception for discount and mass grocers. However, for traditional grocers, design may have little effect or is hard to pull off without eroding the quality that customers expect.

• Out-of-store advertising. Circulars and other external advertising are proving less valuable in forming perception than in-store signage and messages. Circulars could shift to other content, such as meal solutions and unique items, without hurting perception.

To determine which tactics to deploy, a grocer should first gain a deeper understanding of its current price position vs. consumers’ perceptions. Checking its prices against competitors’ prices on comparable items will reveal actual price gaps. Then, determining consumers’ perceptions through primary research will show whether and how they actually perceive those price gaps.

The next task is to identify the factors with the strongest influence on consumers’ perceptions. They can be gleaned through surveys and in-store visits, asking consumers about the grocer’s signage, promotions and so on. Aggregating responses allows managers to see how strong or weak, relative to key competitors, consumers perceive the company’s performance on each tactic. These answers can be compared with the aggregate responses giving more or less credit than deserved for actual price positions. If consumers perceive that a chain’s prices are lower than they really are, the analysis can home in on the areas where consumers think the grocer outperforms.

Data on the factors that influence perception should serve as the foundation for a plan to build a more effective price image. The plan will likely include a mix of direct price changes and indirect tactics such as rewards programs.

Directing investments to lower prices has largely failed to improve profitability and may risk undermining the store brand image. Worse, they may backfire if consumers don’t give the company sufficient credit for its relative price position. On the other hand, properly implementing more indirect tactics, such as signage, may have an outsized impact on perception—a proven and effective route to profitable revenue growth.