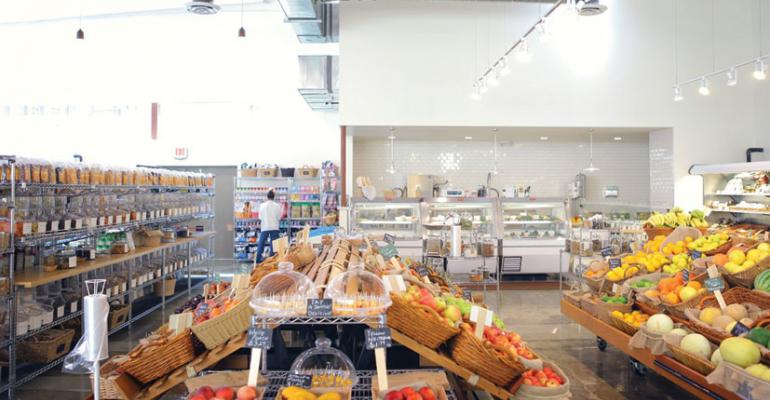 <p> Urban Radish wanted to preserve the industrial nature of its building to reflect the surrounding neighborhood.</p>
Product Categories>Prepared Foods

&ldquo;We literally sourced everything that&rsquo;s in there based on the quality and its taste.&rdquo; &mdash; Carolyn Paxton, founder, Urban Radish

LOS ANGELES — Urban Radish, an 8,000-square-foot independent, lives up to its name. The community store focuses on offering the freshest products possible to city dwellers.

“That doesn’t mean everything is local or sourced from the U.S.,” she said, noting that the store offers products from Europe when the quality is better or they can’t be found domestically.

For example, the store offers some parbaked breads and cured meats from  Europe.

The market, which had its grand opening Aug. 17 after a July soft launch, is the first grocery store in the rapidly gentrifying Arts District in downtown Los Angeles.

Paxton and co-founders Keri and Michael Aivazis made sure to match the character of the store’s space to the Arts District industrial environment where many residents live in converted factory lofts.

“Our project team Creative Space and our architect, we brought them in because they’re really trying to make a name for themselves in repurposing buildings in industrial areas, versus building from the ground up.” 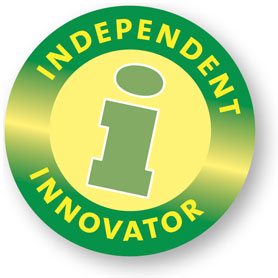 The team preserved the metal and industrial outside of the former glass  manufacturing warehouse and transformed the inside of the space to feature Urban Radish’s highly perishable products. The outside of the market even has a black-and-white mural by the street artist Peter Roa.

“It was really a joint effort in wanting to open up a market, a small market, where we could service a community and have it more urban — something that is very similar to many of the bodegas in New York — and the opportunity to open up a market that brings in local products,” said Paxton.

While quality ingredients and frequent shopping trips for fresh foods may be embraced by consumers in New York, San Francisco and Europe, Paxton said this type of shopping experience is new to Los  Angeles, according to Paxton.

And, Paxton wants to help get back to tradition. In fact, Urban Radish’s tagline is “A Market Rooted in Tradition.” For Urban Radish, this tradition means good service on top of good food.

Paxton describes the store layout as “intimate” and it’s clear she wants shoppers to feel comfortable talking to the staff behind the counter.

“When you walk into the market, you’re handed a piece of cheese. … If you walk up to the counter, you’re immediately engaged and handed something to try,” said Paxton.

“We try to draw the customer in so we can talk to them about the products that we have.”

The service doesn’t stop at the counters. Urban Radish puts its commercial kitchen and meat smoker to good use.

“Because of everything being so highly perishable, we pull the products off the shelf, put them in our kitchen and create wonderful prepared meals that people can take home.”

The store has begun making its own sausages, beef jerky, smoked salmon and even roast beef for the deli department. Paxton wants to start offering housemade bacon soon.

“Instead of buying those things from somebody else, we buy fresh and then we adapt those things in the market based on the needs of the customer and what needs to be cooked or basically repurposed into something that people will buy.”

Over the summer, Urban Radish quickly developed a name for its sandwiches. The most popular is the “Italian,” made of prosciutto, salami, provolone, arugula, basil pesto and a dry-roasted tomato.

“We oven-dry tomatoes so the tomatoes get seasoned. They’re not sundried, but they are dried enough that there’s a little bit of juice and a lot of caramelizing and flavor,” said Paxton.

Each ingredient and sandwich combination was carefully chosen and tested for the Urban Radish team.

“Those are the kinds of examples of creating something that’s truly going to be an experience.”

Urban Radish’s aim to serve the community extends to its staffing decisions. The retailer partnered with Homeboy Industries, a local organization that provides employment opportunities and training to at-risk former Los Angeles gang members. For instance, members of Homeboy Industries work in affiliated social enterprises like a bakery, cafe or farmers’ market.

“We are looking to be an organization that is looking out for the community,” said Paxton.

Roughly a third of Urban Radish’s employees are men and women from the Homeboy Industries program.

Those employees apprentice in the store. One apprenticeship is with a cheesemonger who trained in the esteemed Neal’s Yard Dairy in London and also worked at the San Francisco artisan cheesemaker Cow Girl Creamery.

The apprentice will learn the cheese trade, Paxton said, “and the hope is that he can go off some day and be a cheesemonger somewhere else himself.”

Another apprentice works with a butcher with over 30 years’ experience.

“We made a commitment to them, and we work very closely with them. It’s obviously frightening to step out of Homeboy and into a business that’s completely separate, but that’s the purpose of that organization — to get them fully functioning on their own and back hopefully away from the gang life that they might have grown up in since they were little kids.”

The store has only been open a couple of months, but Urban Radish is already seeing its neighbors embrace its format.

“We see a lot of the same people every day coming into the market. There’s a large group of people where every single day they come in, sometimes a couple times a day,” said Paxton.

Independent Innovator: Rosemont Market Brings Back Ways of the Past
Jun 08, 2012