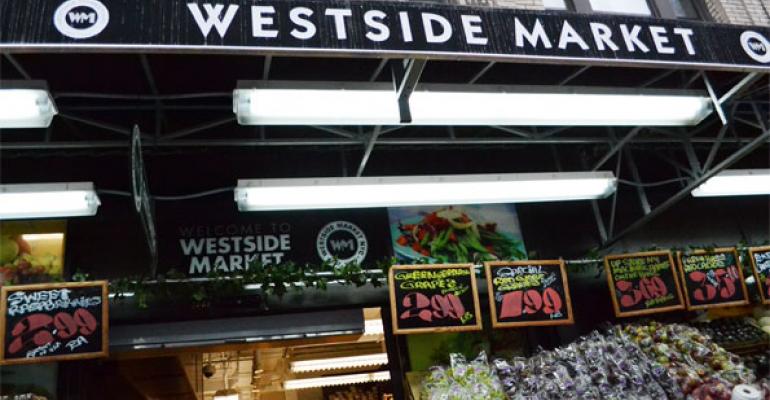 <p> Westside Market NYC CEO George Zoitas said the 97th Street and Broadway location, the second on the Upper West Side, was chosen because of its proximity to the express subway train that allows shoppers to easily get off the train and shop.</p>

NEW YORK — Despite fierce retail competition from nearby Manhattan stores and restaurants, the family-run Westside Market NYC chain thrives on customizing offerings to appeal to each store’s surrounding neighborhood.

The on-premises kitchens cost more and are more complicated to run than a centralized kitchen, Zoitas said, but the on-site kitchens allow Westside Market to offer fresher food and meet the individual tastes of each neighborhood.

Plus, the kitchens are constantly cooking — 14 to 20 hours per day — to bring in fresh product. “We’re cooking all day long and it comes up in several shifts so it’s not that we cook something in the morning and at night it’s still there. It’s gone,” Chief Operations Officer Ian Joskowitz said. “By lunchtime a new batch has come up; that’s gone by dinnertime, and then we have a new batch at dinnertime — so it’s constantly fresh.”

Westside Market doesn’t just bring in customers looking for sandwiches, salads, sushi, hot dishes and bakery items for lunch and dinner, but manages to pull in breakfast shoppers, too.

“For months we tested coffees from so many different companies,” Joskowitz said.

After they found the right coffee, “sales went through the roof, and then [customers] started buying muffins,” he said.

The change in coffee contributed to moving muffin sales from two dozen a day to 64 dozen.

In addition to separate kitchens catering to the tastes of each location’s neighborhood shoppers, each store uses an individual buyer for its product purchases. 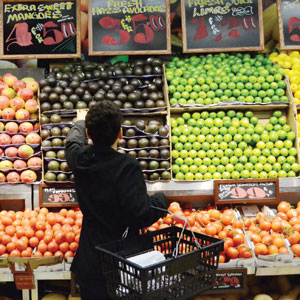 “What separates us from the masses is each store has its own buyer so we buy based on that community,” said Zoitas.

“A lot of people have a centralized buyer that kind of pushes wrong products to wrong stores.”

Although independent in their product purchasing decisions, store buyers share product success stories with other locations.

When Kobe beef products took off at the 110th Street location, the other stores soon began offering them.

Store employees — who are encouraged to share product suggestions and give ideas for store improvements — also impact product offerings.

“We’ll take an idea from any employee in the entire store,” said Joskowitz. “We’ll listen to anyone. And some of the best ideas came from the least expected places.”

Many times employees suggest tweaks or adjustments to displays or store operations, but sometimes an employee will come up with an especially innovative product suggestion.

“You just have to listen to the customers; they are not shy. They will tell you what they want, and you just listen,” Joskowitz pointed out.

The big difference between Westside Market and other supermarkets is that Westside is so neighborhood oriented, Joskowitz noted. As long as customers are looking for quality products, Joskowitz said, each location is open to turning into just about anything the neighborhood wants it to.