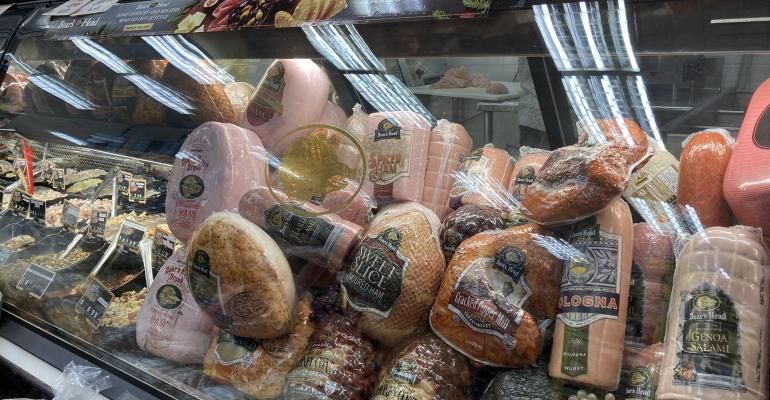 Any way you slice it, deli meats are thriving

Supermarkets are capitalizing on demand for sliced meats during COVID, but fresh-made sandwiches are taking a hit

While prepared foods at the deli counter have struggled during the coronavirus pandemic, sales of deli meats have been off the charts thanks in large part to more lunch occasions at home.

In fact, the latest stats from IRI, examining sales through the end of October, revealed the overall category for sliced meats is seeing huge increases over last year’s numbers.

“That can be attributed to the fact that for the most part, people are working from home, and being at home the majority of time, so these products are used more often for lunch meals, and maybe even dinner meals,” said Eric Richard, education coordinator of the International Dairy Deli Bakery Association (IDDBA). “What’s continued to drive a lot of these sales are the grab-and-go pre-sliced options within the deli.”

Even before the pandemic, supermarkets offered the pre-sliced and packaged options, but it was a very small part of total sales. However, Richard notes the amount of people looking for these now has boomed, and that is a big reason for the higher numbers.

Related: 16 trends, innovations and launches in deli and prepared food in 2020

“A lot of people don’t want to stand around the counter and wait in line among other customers, so they can easily just grab what they want and get out of the store quicker,” he said. “That’s important during these times.”

Karri Zwirlein, director of bakery, deli & prepared foods for Tops Friendly Markets, a Williamsville, N.Y.-based regional supermarket chain with 170 stores in New York, Pennsylvania and Vermont, noted that sliced deli meats and cheeses have been trending up on average 30% year-over-year since the beginning of the pandemic.

“All subcategories are doing well, however bologna was very strong all throughout the pandemic,” she said. “Kids being home and not at school for six months is really what drove this then. With some kids back in school, more are bringing their lunches instead of buying. Adults are also bringing their lunch more now that some are back to work as some are apprehensive of restaurant takeout or dining out.” 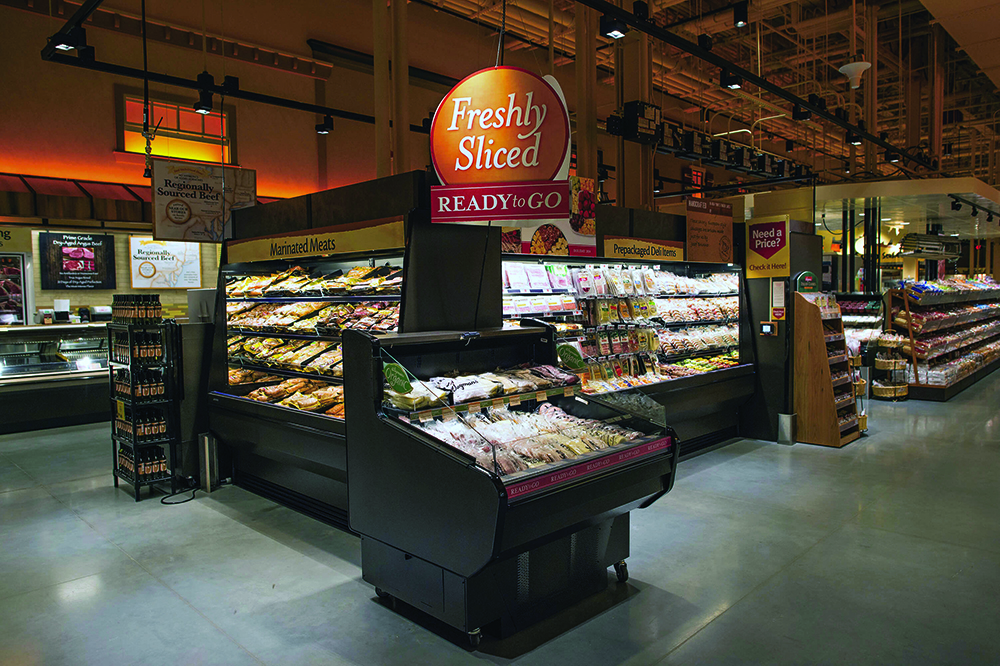 Supermarkets offered pre-sliced and packaged deli options before the pandemic, but sales have taken off since.

“During this time, we did see customers purchase more sliced meats and cheeses via our Grab and Go program,” he said. “With people working from home and not going out for lunch in the office, more customers are taking advantage of our delis for simple at-home meal solutions.”

Stop & Shop has also added the Boar’s Head Fresh Slice program to most of its stores, which allows customers to buy freshly sliced Boar’s Head products in prepackaged form for greater convenience.

“In our newly remodeled stores, we have expanded our fresh-sliced Grab and Go options to show larger offerings of our private brands and other national brands,” Lachawiec said. “After the deli counter reopened, we have seen customers return to this service over the last few months.”

Additionally, Stop & Shop has launched a new Deli Order Ahead app, where customers can place orders on their phone to be picked up during their shopping trip when it’s convenient for them. This has quickly become a popular way for people to buy their deli meats and has helped the category grow.

As for prepared sandwiches sold in the supermarket deli, IRI data show sales are down 10% percent from a year ago. Richard attributes this to the fact that people would rather make their own sandwiches at home, and no longer need freshly made sandwiches to take to the office with them.

“It’s certainly changed the dynamic of the shopping and eating patterns of consumers since March,” he said. “The premade or prepacked offerings have helped. You still have some impulse purchases, but not to the same degree of where they were pre-pandemic.”

He added, however, that supermarkets that have historically had a robust sandwich program — such as Wegmans or Publix — could tap into more sales by highlighting that within their e-commerce platform.

“If there’s a real nice deli prepared sandwich push on their website, these stores might be able to generate additional sales from those individuals who are predominantly shopping by that e-commerce platform,” Richard said.

Zwirlein said Tops Markets’ sandwich category has been struggling versus last year, likely because of many businesses still having people work from home, negatively affecting the lunch business, but it’s working on marketing the offerings to improve the numbers.

With vaccines just announced and on the horizon, things may get close to normal again sometime in 2021. When that happens, supermarkets need to think about how to continue to find success with their sliced deli meat programs.

“For those people who in the past didn’t purchase as much from the in-store deli, but are now, hopefully they will continue to buy because they may have become more accustomed to eating deli meats and cheeses and making sandwiches themselves,” Richard said. “The stores need to continue to focus on making sure they are available no matter the channel, whether it’s in-store shopping or the e-commerce platform.”

Additionally, he said stores should market by focusing on different varieties and flavors, and educating consumers about different types of sliced meat products.

Tops Markets has been expanding its Grab & Go sections of store-sliced meats — usually between half and three-quarter pounds of deli meat or cheese that are fresh sliced every day in the stores. Automatic slicers and stackers have been added to high-volume stores to help with production, which helps associates be more efficient and ensures fresh, full cases all day.

“These items are located near the full-service deli to attract customers to this convenient, time-saving option,” Zwirlein said. “I believe Grab & Go will continue to be a destination for our customers even after the pandemic. We continue to re-allocate space for this high-performing category as well as invest in equipment to help make it more operationally friendly.”