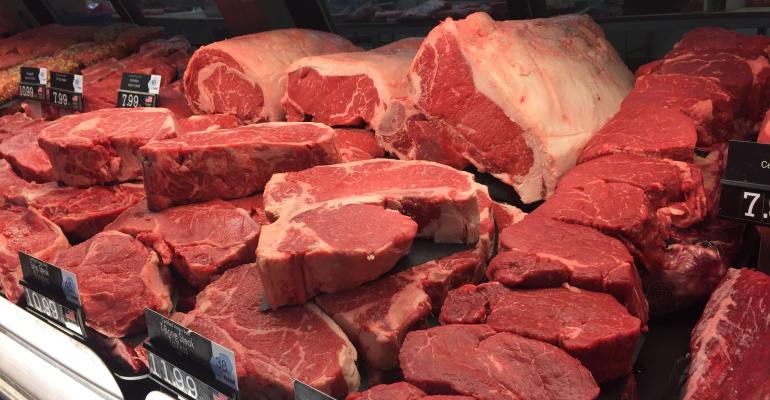 President Joe Biden does not have any plans to limit meat consumption as part of his broader climate plan, according to Secretary of Agriculture Tom Vilsack. While speaking before the North American Agricultural Journalists annual meeting on Monday morning, Vilsack quickly downplayed the rumors.

“There is no effort designed to limit people’s intake of beef coming out of President Biden’s White House and USDA,” Vilsack says.

Over the weekend, Republican members of Congress and news outlets began to say that Biden’s climate plan included cutting 90% of red meat from diets by 2030.

Joe Biden’s climate plan includes cutting 90% of red meat from our diets by 2030. They want to limit us to about four pounds a year. Why doesn’t Joe stay out of my kitchen?

Vilsack says the information is not based on any desire, effort, press release or policy paper that would support the notion that the Biden administration would require people to eat less meat or that USDA has some program designed to reduce meat consumption.

Related: At Meat Conference, retailers and suppliers look back on a year of COVID

“Sometimes folks in the political world, games get played and issues are injected into the conversation knowing full well that there isn’t factual basis for the issue,” Vilsack says, noting this is what has happened with this topic.

Vilsack, who previously served as governor for Iowa, did note there are some individual states where government leaders are calling for the reduction of meat consumption, but not at the national level. Although he didn’t directly call out Colorado, shockwaves were created earlier this spring with Colorado Gov. Jared Polis' proclamation of March 20 as "MeatOut Day" urging Colorado residents to abstain from eating meat for what he asserts would benefit human and planetary health.

Livestock supporters celebrated “Meat in Day” to counteract the day, and other states such as Nebraska and Iowa supported beef producers by proclaiming April as beef month.

The ag secretary also says there are some in the medical field suggesting a proper balance of meat consumption. And other efforts internationally are underway to limit meat consumption due to the suggested impacts on climate. But Vilsack assured that any of those efforts are not going on “at this point in time at the Biden Administration and not certainly at USDA.”