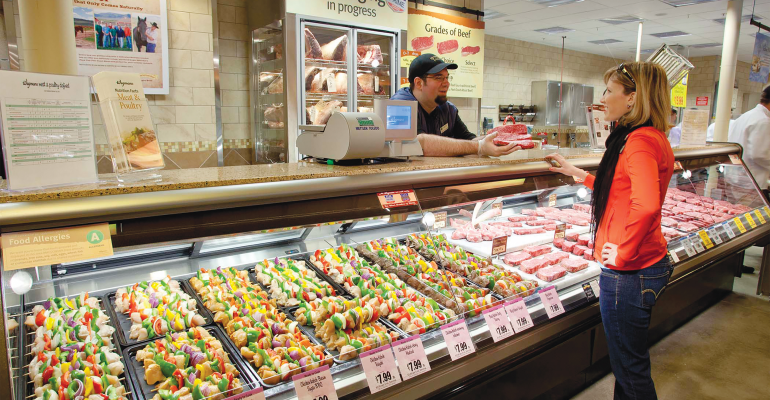 Wegmans
According to the 2020 Power of Meat report, meat department sales are strong in dollars and volume, driven by beef and chicken, and spending per household increased.
Product Categories>Meat

Demand for meat stays strong, with more than $50 billion in sales for 2019

During the Annual Meat Conference in Nashville on Monday, FMI–The Food Industry Association and the Foundation for Meat and Poultry Research and Education, the foundation for the North American Meat Institute (Meat Institute), released their 15th annual Power of Meat study exploring consumption trends, sales growth and consumer preferences and found demand for meat is accelerating with $50.5 billion in sales for 2019.

“The Power of Meat is a thorough examination of consumer behavior and reflects the value of meat and poultry to retailers,” said Julie Anna Potts, NAMI president and CEO. “The survey affirms the ongoing work of the industry to improve trust in animal protein is welcomed by consumers and useful to retailers.”

The survey took a deep dive into consumer interest in topics like production claims and sustainability. With 49% believing that animal agriculture does not have negative impacts on the planet if done properly, the belief that it does have negative impacts is higher among younger generations, showing the opportunity and importance of consumer education.

Meat department sales are strong in dollars and volume, driven by beef and chicken, and spending per household increased. When it comes to meat consumption, moderation is far more popular than elimination, with flexitarians (12%) looking to reduce their animal protein through smaller portion sizes and/or a day without meat/poultry. 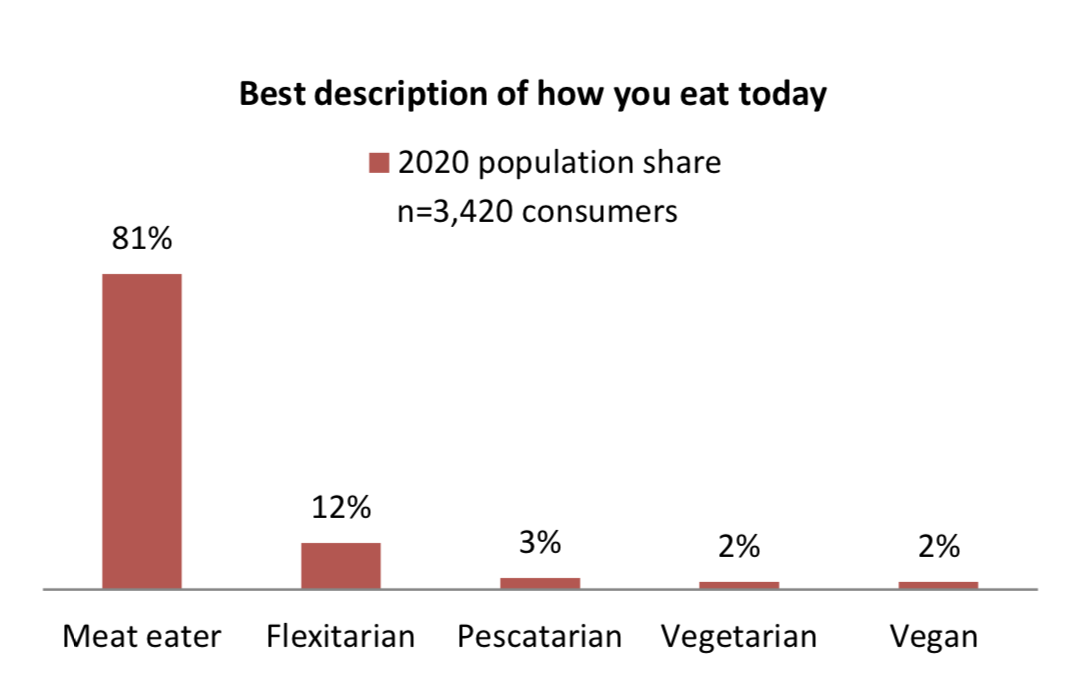 Choosing from five descriptions, 81% of consumers say “meat eater” best describes how they eat today. Flexitarianism was selected by 12% of consumers.

FMI Vice President, Fresh Foods, Rick Stein noted how meat-shopper consumption patterns are shifting. He said, “One of the most compelling storylines in the analysis is that 83% of shoppers purchase specific cuts of meat and they are eating smaller portions, but with total volume sales up slightly, that means they are eating less more often.”
Meat brands continued to benefit from being a preferred purchase among younger shoppers, but 2019 was a strong year for private brands (up 12.3%). Shoppers say they want to hear from brands about nutrition (58%), food safety practices (57%), animal care practices (46%) and the brand’s environmental impact (40%).

Respondents provided the actual name of their primary outlet for groceries and meat and these store names were then coded into channels. This allows for more nuances in the channel choice analysis, including accurate representation for limited assortment and specialty/organic stores.

One-half of shoppers named a supermarket as their primary outlet for groceries. Supermarkets have a comparable share as the primary store for meat, at 53%. Other channels that gain share when comparing groceries in general versus the meat purchase are clubs, organic/specialty stores and alternative channels. The latter include stand-alone butcher shops, as well as farm-direct, farmers’ markets, online purchases and outlets and ethnic stores.

Supermarkets have 53% of share as the primary store for meat, according to the 2020 Power of Meat report.

Few shoppers exclusively or primarily purchase groceries online. Less than 1% of shoppers identified online shopping as their primary way to purchase groceries and even fewer primarily purchase their fresh meat/poultry online. However, online shopping is growing, both for groceries and meat/poultry, as a convenient solution to complement in-store purchases at a minimum. Four in 10 shoppers have purchased groceries online in the past year, including click-and-collect, home delivery, online- only retailers or online ordering with a brick-and-mortar store. Growth in shoppers who have bought groceries online is plateauing.

Here are some other key takeaways from the report:
• Meat department sales are accelerating in dollars and volume, driven by beef and chicken. Household penetration is steady, but a focus on smaller portions and limiting second helpings may pressure volume gains.

• Plant-based meat alternatives are a small but growing market. Total store plant-based meat alternative sales were $760 million in 2019 and grew 11.8%. They are mostly an occasional choice driven by perceived health benefits, being a good source of protein, just something different and for environmental reasons. Blended vegetable/meat items, such as mushroom burgers, have a higher and greater cross-population appeal, and can be a bridge to the societal and health benefits people look for, while keeping meat on the plate.

• Time-saving solutions drive meat and cooking appliance choices. While the number of weekly home-cooked meals dropped to 4.5 over 2019, dinners containing animal protein increased to 3.9. Newer cooking appliances, including the Instant Pot and air fryer, continue to make inroads in both ownership and being used to prepare meat and poultry.

• Influenced by healthy and ethical living, production claims remain popular. Shoppers would greatly welcome protein content on-pack and tips on superior nutritional choices that do not cost more and are equally tasty. Organic, grass-fed and no-antibiotics-ever offerings saw robust sales gains, but overall trust in such claims is only moderate. Building trust in and understanding of claims is key to continued growth — particularly given the importance of production claims to those looking to reduce their meat/poultry intake due to animal welfare, environmental or health concerns.

• Brands continued to benefit from being a preferred purchase among younger shoppers. Shoppers want to hear from brands about nutrition (58%), food safety practices (57%), animal care practices (46%) and the brand’s environmental impact (40%).

• Sixty-eight percent of shoppers feel it is important for grocery stores to provide transparency into how and where livestock was raised. Shoppers most want to see information on-pack, followed by a brand’s website or social media.

• Sustainability concerns impact meat and poultry choices, but 49% believe, if done properly, animal agriculture does not have negative impacts on the planet. While 34% of consumers believe raising livestock has some or a lot of negative impact on the planet, this belief is much stronger among younger generations. The industry has an opportunity to improve the availability of unbiased environmental impact information to educate on steps taken to protect the planet.

The Power of Meat was conducted by 210 Analytics and is made possible by Cryovac, A Division of Sealed Air.