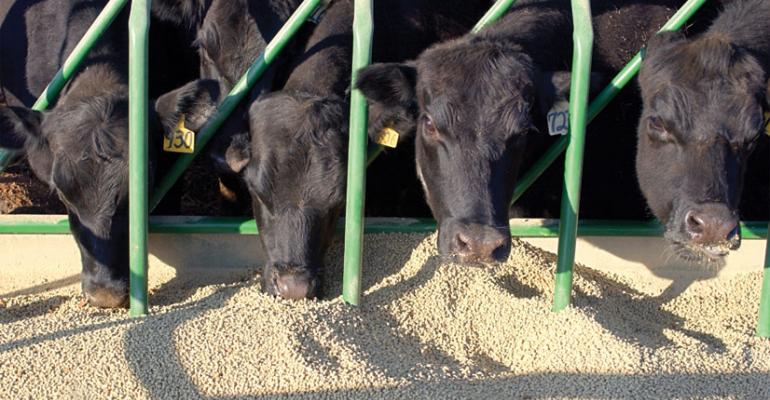 Low feed prices should spell relief for chicken and pork, but beef prices will stay high into 2016 or beyond

The past few years of poor corn and soybean crops hit meat and poultry hard, as farmers thinned herds and flocks and high production costs trickled down the supply chain.

“Protein prices, a lot of them anyway, have been on kind of a rollercoaster ride since the drought, even a little bit before the drought,” said Richard Volpe, a research economist at the U.S. Department of Agriculture’s Economic Research Service.

However, a bumper crop of corn this year will help ease retail prices on chicken and pork going into 2014, industry experts told SN. Beef prices, on the other hand, will continue to break records while the industry works to increase stock.

That doesn’t necessarily mean prices will drop in the meat department.

“I think the tone is not to lower prices for these products but the rate of increase that they’ve been going up is really going to slow down. Other than beef,” said Chris Hurt, professor of agricultural economics at Purdue University, West Lafayette, Ind.

The prices consumers pay for meat and poultry are expected to increase about 3% in 2014, according to the latest estimates from the USDA’s ERS.

The latest corn outlook may put a slight damper on those estimates. The report, released by the USDA earlier this month after a delay related to the government shutdown, revealed the corn crop forecast was slightly smaller than expected, although still a record high.

Reaction to the report curbed 2014 production outlooks for beef and pork slightly, while chicken estimates went up a small amount.

“This just confirms that the anticipated increase in meat availability, which would push meat prices down, is not coming as fast as expected,” said Corinne Alexander, associate professor of agricultural economics at Purdue.

Chicken will be the first to ramp up production as a result of lower corn prices, experts agreed.

“We think that’s even going to start to increase by December of this year,” said Hurt.

Some think retail chicken prices may begin to fall even before that happens.

“But the chicken prices started to ease off before the lower corn prices got here,” said Bill Roenigk, staff economist and market analyst at the National Chicken Council.

He added that some supermarkets have not passed on this year’s higher chicken costs to consumers so retail prices already may be low in some areas.

“So in terms of consumers seeing better retail prices, I can’t speak for the supermarkets, but certainly at the wholesale level the retailers are benefiting from lower chicken prices pretty much across the board,” said Roenigk.

“Supply and demand is still the main factor driving everything and eventually feed plays into that. But just because your feed costs go up or down doesn’t mean you call up the retailer and say, hey I’m going to raise my chicken price, or I’m going to lower my chicken price,” said Roenigk.

“I think we’ll see probably at least a 3% increase in per capita supplies of chicken, and that could be 3%-4% increase for next year. So that looks very encouraging,” said Hurt.

It will take a bit more time for feed costs to affect retail pork prices, due to longer gestation and grow out periods.

“It takes six to eight months’ delay to really see the full expansion in the hog industry, and so we’re probably looking at early next summer — late second quarter, early third quarter of 2014 — before we really see increased availability of pork and therefore lower prices at the grocery store,” said Alexander.

Pork is one protein that seemed to weather the drought better than others. The USDA’s ERS projects pork prices will increase only about 1% in 2013.

“Pork prices are undergoing a pretty substantial recovery,” said Volpe. “We saw the margin between retail and wholesale pork prices reach record highs. Wholesale prices were plummeting for a while on the tail end of 2012 and into 2013 and finally retail prices started to fall accordingly.”

Even as wholesale prices fall, retailers may not decrease their everyday prices in step but instead offer better promotional prices, said Patrick Fleming, director of retail marketing at the National Pork Board.

Yet, there’s a high probability farmers will raise more hogs next year. Hurt said he expected pork availability to increase 2% in 2014.

“We haven’t had expansion in the pork industry in a few years,” said Fleming.

One factor affecting pork other than feed costs is the porcine epidemic diarrhea, or PED, virus, which is likely to cause death in suckling pigs and may be mild or severe in older hogs.

The National Pork Board has set aside funds for PED virus research, and Fleming remained optimistic about the industry in 2014.

“We should have a good supply of pork next year. And the value compared to some of the other proteins out there. That’s kind of the outlook for next year is it should be a good year for pork,” said Fleming.

Even before last year, beef producers had begun thinning their herds, a practice only exacerbated by the 2012 drought. The latest USDA data puts cattle inventories at record lows.

“We haven’t seen numbers like this since the 1950s,” said Volpe.

While that may be the case, carcass weights are also significantly higher than they were a half-century ago.

“It is, but at the same time you’re producing twice as much beef as we did then,” said Kevin Good, senior analyst at CattleFax, a beef industry organization specializing in research and analysis. The same is true of pork and chicken, he added.

Low feed prices are likely to lead to cattle herd expansion, but it will take two or three years for the calves born in 2014 to reach the market.

“And so really ’14, ’15, the next couple of years, almost any way you cut it we’re going to have tighter beef supplies and theoretically should have higher prices because of that. And then you could say OK, from a production standpoint, the earliest we could have more beef on the market is probably 2016 and after,”  said Good.

To produce more beef down the road, producers must hold back heifers from slaughter now, further reducing beef supplies.

“If you compare where we expect 2014 to be compared to pre- this drought and awful weather period, back to 2007, the availability of beef is down 17%,” said Alexander.

That means beef prices will probably reach new highs in 2014.

“I think we’ll be down 4%-5% on per capita supplies. And there we’re going to see beef prices probably 3%-4% higher at the retail level,” said Hurt.

“We certainly don’t expect prices to do go down, but we expect inflation to go down,” said Volpe.

Beef prices may even level out as demand decreases when poultry and pork prices drop.

“The indicators I’ve seen is that demand for a lot of beef products has stagnated or even fallen a little bit, given these high prices as consumers have shifted to, for example, poultry, which has been one of the drivers of the high poultry price inflation that we’ve seen,” said Volpe.

Of course, the continued high beef prices and lower chicken and pork prices could change due to unforeseen circumstances, such as a major weather event.

Some experts remained cautious on the rosy outlook.

“Well the consensus is yes, but I have learned from experience when everybody thinks X is going to happen, somehow Y happens,” said Roenigk.

There also may not be as direct a relationship between feed prices and meat and poultry prices as previously thought. While corn prices soared during the drought, protein prices did not increase as much as expected.

“Now I should say nothing has happened to change the fundamental dynamic that there is a very, very strong correlation between commodity prices and retail prices, and likewise feed prices and retail prices. So as one goes up, so goes the other. That hasn’t changed and I don’t see it ever changing. It’s just that the relative magnitudes are very small,” said Volpe.