Two years into the pandemic, high demand, supply shortages and inflation make every day an adventure for the online meat retailer

While the recent Power of Meat annual report was full of positive news for meat retailers and manufacturers — dollar sales continued to rise in 2021, for a record total of $81.8 billion in sales — Mike Salguero, founder and CEO of online meat retailer ButcherBox, isn’t resting on those strong numbers. Given the turbulence of the past two years, Salguero is excited but cautious about where the meat industry is heading next.

“It’s whack-a-mole out there,” Salguero told us in the latest SN Off The Shelf podcast. “It’s tough."

Related: Video: ButcherBox CEO on why the industry needs to embrace claims-based meats

He founded ButcherBox in 2015 as a subscription-based online butcher and retailer, with a focus on making high-quality meat more accessible to all with an emphasis on animal welfare, the environment, supporting farmers and fisherman, and social initiatives such as diversity, equity and inclusion.

“When the pandemic started, we saw incredibly high demand just coming in the door, lots and lots of customers trying to get a box,” Salguero said. “And then both new customers and existing customers were trying to stock up and get as much meat as possible. So we never ran out of meat, but we had to go on a wait list pretty quickly, where we didn't let anyone new in, and really just wanted to make sure that we honored the customers that we had, and made sure that we could get them the products that they were looking for.” 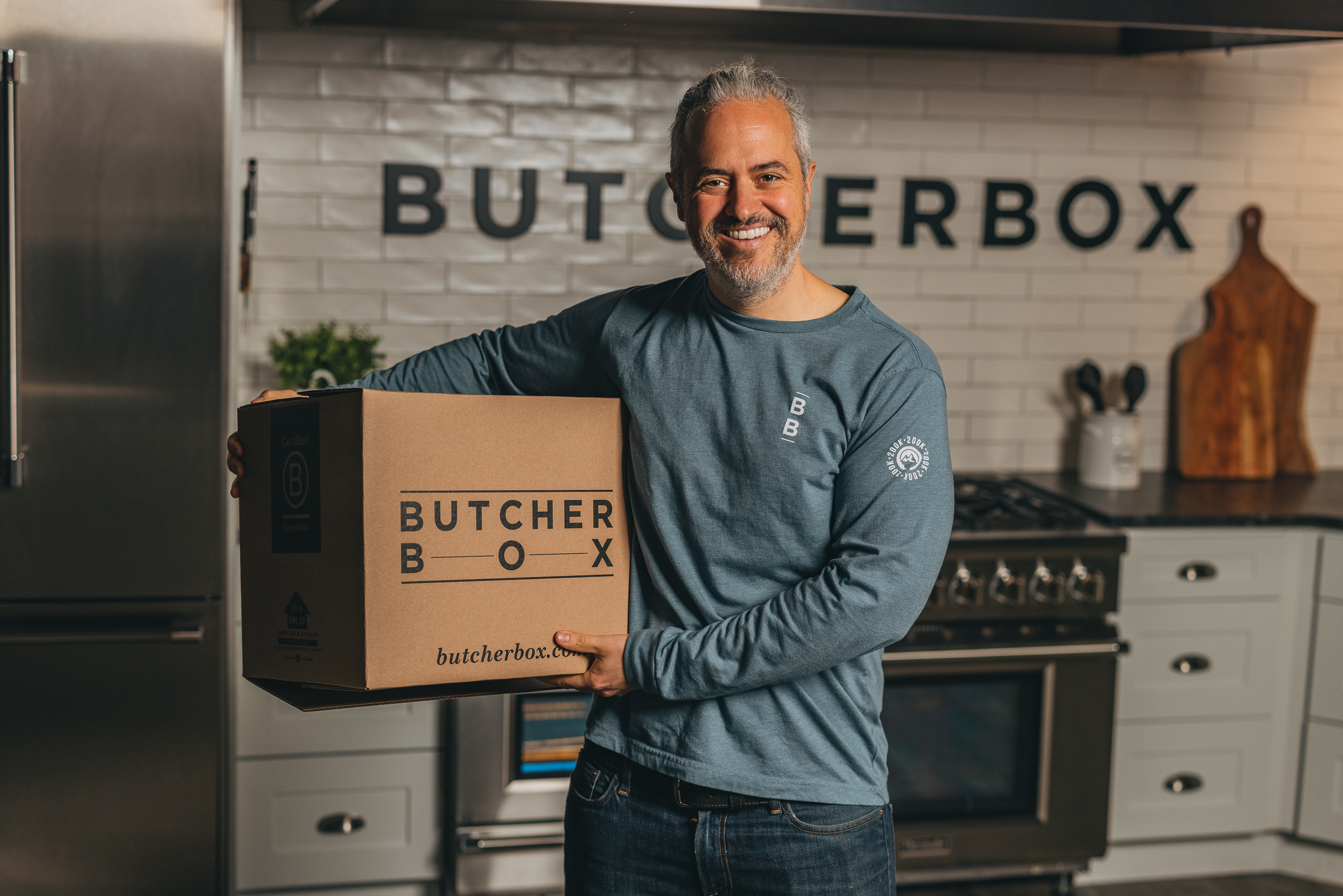 Since that time, ButcherBox and the meat industry have had to face more challenges beyond continued COVID issues, including labor shortages, supply challenges (Salguero noted that obtaining dry ice needed for packing became an issue), gas prices and food inflation. “Oh, and then there's a war that happens to be in a place that provides a ton of the grains worldwide,” he added.

He continued, “Really what we've seen is some really big price increases across the board, whether it's paper and packaging, whether it's labor, whether it's moving trucks around the country, fuel surcharges, labor surcharges. They're kind of everywhere. And from the people I talk to in the meat industry, and in other consumer packaged goods industries, it's really a question of, how does that change? When does that go away? And what does that look like?

“And I think we, as well as others, are concerned about prices just continuing to rise, because it makes things less and less accessible to customers. And unfortunately, despite the fact that wages have increased as much as they have over the past year, most of that has been eaten up by inflationary pressures on the other side.”

Despite all the challenges, Salguero loves the industry and embraces the pivots. “It’s just kind of non-stop, and it's tiring, but it's also really fun if you like being on your toes all the time,” he said. “From that perspective, it's been a fun two years, for sure.”

What's next for ButcherBox? Expect to see the brand in retail stores in the not-too-distant future, said Salguero.

"The reality is that despite gains made in online because of COVID, somewhere between 90% and 94% of consumers are just regularly buying groceries at the supermarket," he noted. "We have to go into retail because that's where people are shopping. We're looking to work with several several partners, big box retailers, clubs. We're really taking a wide approach and understanding what kind of program works."

Click on the podcast link above for our full conversation with Mike Salguero of ButcherBox.