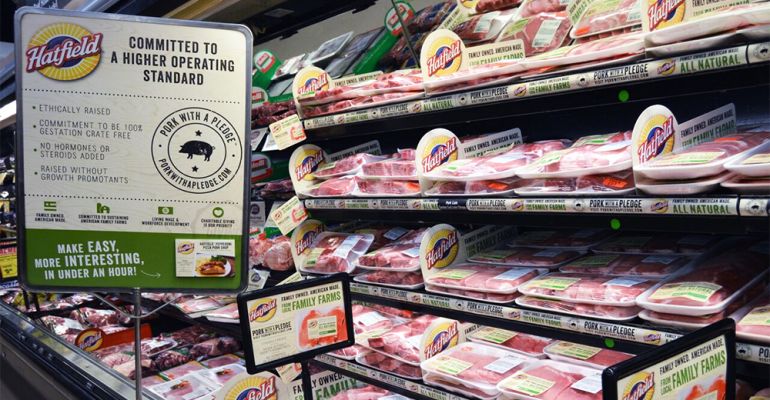 Getting shoppers to put more pork on their forks is an ongoing challenge.

With many consumers wary of the potential eating experience and others perceiving pork to be less healthy and more difficult to prepare than beef and chicken, merchandisers must implement powerful education and marketing programs if they are to bolster sector activity, analysts noted.

Meat department pork revenues totaled $6.7 billion in 2017, down 2.3% from a year earlier, with sales of 2.5 billion pounds, a 2.1% decline, according to the Power of Meat 2018 report. Beef, meanwhile, had dollar and pound sales of $24.9 billion and 5.2 billion, respectively, with chicken generating $12.5 billion in revenues and 5.3 billion in pound sales. 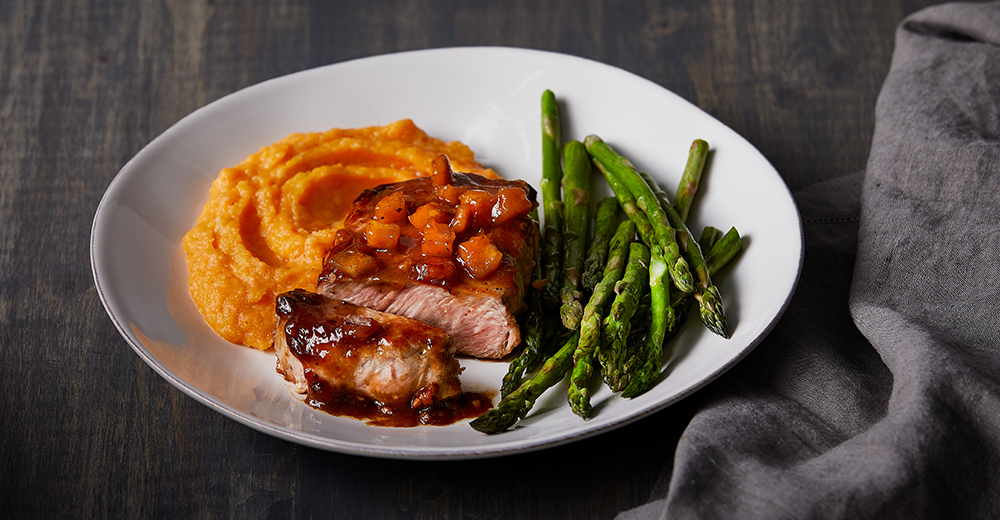 The Fresh Market's Brandy Apple Pork Chop, in the kit and on the plate. 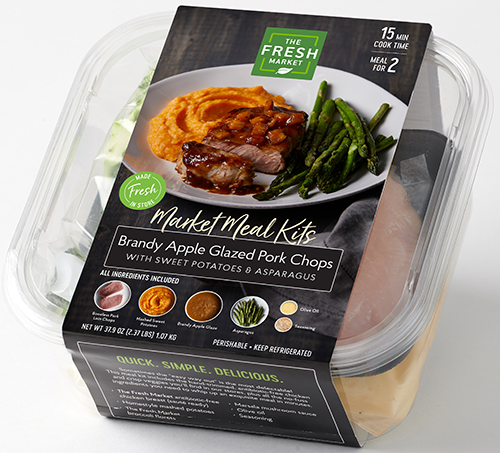 The Power of Meat 2018 is published by the Arlington, Va.-based Food Marketing Institute and the Washington, D.C.-based Foundation for Meat and Poultry Research and Education. It was prepared by 210 Analytics LLC, a San Antonio-based marketing research and marketing strategies firm.

“The average consumer gets into a routine or rut and their go-to items tend to be more ground beef and chicken breast,” said Patrick Fleming, brand specialist for Midan Marketing LLC, a Chicago-based meat industry marketing firm, and former director of market intelligence and innovation at the Des Moines, Iowa-based National Pork Board (NPB). “Many people, because of very busy lifestyles, prepare the same dishes week after week.”

Pork also remains off the radar of the many younger consumers who grew up in homes in which beef and poultry were the prime proteins at mealtime, he noted, while other shoppers are hesitant to purchase pork because they are unclear on proper preparation methods.

“There are misconceptions that pork has to be overcooked, but that makes the meat tougher and always leads to a poor eating experience,” Fleming said. “We’re going against old wives’ tales that aren’t true.”

National Pork Board research found that major barriers to more pork purchases are consumers’ lack of preparation and cooking knowledge; concerns about overcooking and having cuts that are dry and tough; having items that do not reheat well, which prevents leftovers; a belief that pork is fatty and contributes to high cholesterol; a mindset that pork lacks the versatility of chicken and ground beef; and negative perceptions of the cleanliness of pigs and how they are raised and fed.

Yet, because Americans on average only purchase fresh pork seven times a year, there are tremendous opportunities for retailers to boost activity, said Anne-Marie Roerink, 210 Analytics principal.

“Innovation will be key,” she said. “Shoppers have a small comfort zone when it comes to meat preparation, but finding ways to cater to how people live, shop and cook will help drive engagement.” 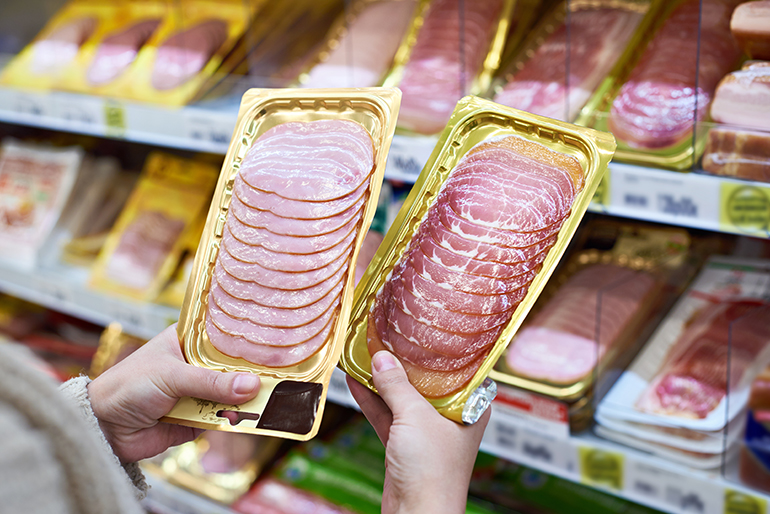 That can include offering smaller pack sizes that appeal to one- or two-person households, and marketing value-added selections to draw Millennials, who often seek convenience and are more adventurous eaters, Roerink said, adding that such activities as in-store samplings or barbecuing ribs outside the supermarket on a busy Saturday can entice shoppers to put pork into their dinner rotation.

In addition, because pork is typically an impulse purchase, retailers can better drive activity by increasing promotions, Fleming said, noting that “consumers just need a nudge and the weekly ad is probably the best way to increase sales.”

Other effective vehicles, he said, are in-store signage that spotlights special cuts, markdowns and flavors, while providing cooking instructions and designating appropriate cuts as “being great for barbecue” or “great on the grill.”

“Anything that meat department managers can do to convey the ease of preparation, such as on-pack instructions or messaging, can help drive pork usage,” said Brittany Bailey, NPB director of market insights, adding that the Pork Board offers on-pack labels with recommended cooking temperatures and such tips as “grill it like steak.”

Retailers also can provide such data on their websites, while offering recipes that correlate with items that are on sale and having meat department employees consistently stress the proper preparation techniques, she said.

The strongest pork growth categories, meanwhile, include products in which flavor is a big driver, such as sausage, bacon, ham, pulled pork and ribs, Fleming said.

In addition, value-added items, including pre-seasoned, pre-marinated and pre-cooked selections, are increasingly popular, along with ready-to-cook varieties that often are cut thin and available in strips and cubes, Fleming stated.

“Consumers are looking for value in many different ways, including taking a step out of the preparation process,” he noted.

Selections include pre-seasoned, pre-marinated and stuffed pork, as well as oven-ready varieties that are sold in cooking trays and feature a side dish.

Such products add convenience and excitement to the category and enable Festival Foods to better differentiate its offerings from those of competitors, Zimmerman said, adding that it is difficult for retailers to stand out by just offering commodity pork, which is inexpensive and appears in most supermarket advertising circulars.

“Pork is fairly similar to other proteins in that convenience — pre-marinated, pre-seasoned and case-ready options — is becoming increasingly important to shoppers,” he said. “But consumers still see pork as lacking versatility in recipes and perceive it as harder to cook, while often overcooking products.”

In response, he recommends that merchandisers educate shoppers on proper cooking times and the different uses of pork, and noted that Tops Markets is promoting selections on social media while also providing recipes and cooking and occasion ideas.

A spokesman for Salisbury, N.C.-based Food Lion, meanwhile, said the retailer is working to boost activity by varying selections in accordance with the interests of local shoppers, which can include offering more smoked meats in specific outlets.

Food Lion promotes pork on its website and mobile app, and also provides recipes to help shoppers “experience new offerings or a unique twist on a classic meal,” the spokesman said.