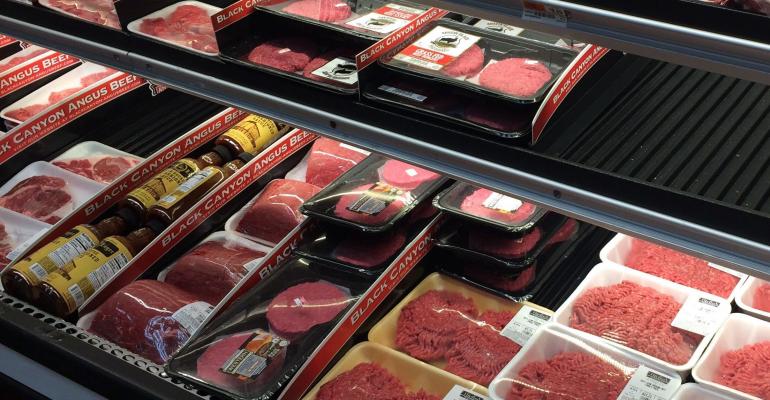 Michael Browne
Year-to-date through June 7, meat department dollar sales were up 24.2%, boasting double-digit growth for the months of March, April and May.
Product Categories>Meat

Data showed retail demand remained above last year’s levels in both dollars and volume, even as restaurants around the country started seeing improvements in reservations, transactions and continued record levels of takeout business. Roerink noted that purchase limits had started to resolve, though geographic differences were significant.

Related: There’s still a place for organic and free-from varieties in the meat case

“Shoppers may be using their freezer stash as backup and are also highly engaged with seafood, frozen meat and frozen seafood sales, that have all been highly elevated for weeks,” she said.

Data showed total meat volume increased over the first week of June due to gains for chicken and several of the smaller proteins, including turkey, lamb and exotic meats. However, Roerink reported that beef volume sales gains were negative, continuing a three-week stretch.  Volume sales for pork recovered from a loss the week prior to a small gain during the week of June 7.

“Supply and demand swings in recent weeks have made demand forecasting extremely difficult, particularly as restaurants are coming back online and consumer uptake for dining out is unclear,” Roerink said.

IRI’s insights reported that on the average retail price per volume shows significant upward year-over-year pressure on retail prices for the week ending June 7, particularly for beef. However, pork prices were more favorable the first week of June versus the week prior, though still up 17.2% over year ago.