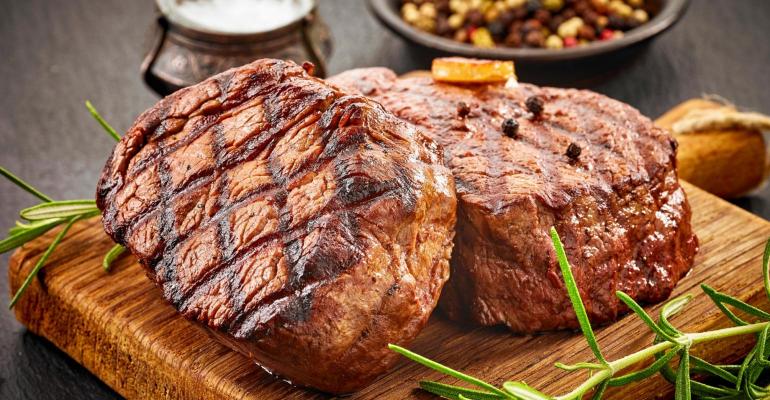 Walmart's entrance into the beef business in early January, when it opened a case-ready beef plant in Georgia, has piqued a lot of interest from cattle producers, cattle feeders and even the packing industry. Creating an end-to-end beef supply chain is the latest step Walmart has taken in its vertical integration strategy for food and toward its stated goal of improving the quality of its food offerings, according to a new report from CoBank’s Knowledge Exchange division.

If Walmart’s new beef plant and Angus supply chain succeed, CoBank said it could lead the retail giant to take another step up the supply chain towards the producer. That could be in the form of harvesting fed cattle or through a joint venture with a current packer.

“Walmart is not a new face to the beef industry, but the way that they’re going to be playing in the future is going to be very different,” CoBank animal protein economist Will Sawyer said. “They are taking ownership of their supply chain in a very unique way.”

What the company sees, according to Sawyer, is opportunity, moving up the supply chain at a time of historically high margins for beef processors. “We believe their current beef strategy is something of a test not only for Walmart and its suppliers but also its customers,” he said.

The new plant will cut and prepare steaks and roasts produced by Walmart’s Angus beef supply chain for 500 stores in Florida, Georgia and Alabama. Walmart will need to convince customers that the attributes of its beef, which is hormone free, traceable and potentially of higher grade, make it worth buying at a premium price.

However, the fact that the largest U.S. food retailer and beef buyer has entered secondary beef processing reveals the state of the industry overall as a complicated and opaque supply chain with climbing packer margins.

U.S. cattle producers, feeders and packers will not likely suffer any significant near-term changes from Walmart’s entry, but its success could lead Walmart to make a bigger move in the future. Other retailers will be watching how Walmart fares. Potential new entrants may also see an opportunity to add value and capture margin -- a reality that the rest of the supply chain should expect more of in the future.

So, what does this mean for producers?

For cow/calf producers, Sawyer said premiums will be offered for hormone-free beef production that grades at a higher quality.

From there, he said it gets interesting.

“From the feedlot to the packer all the way to the case-ready facility, Walmart is going to be in a new frontier of exploring what profit opportunities are out there," Sawyer said. "Do they see and opportunity on the packing side of the industry? Do they see a consumer that’s willing to pay the premium? Obviously, with a new plant that’s less than a month old, it’s too early to say that, but those are the questions I think we all should be asking.”