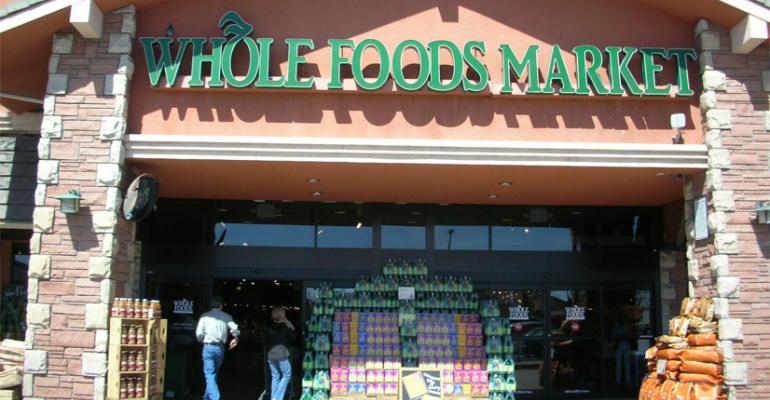 Locations that Whole Foods opened between 2007 and 2009 “are still comping strongly as they get older,” John Mackey, chairman and co-chief executive officer, told analysts, “and they have higher long-term potential than smaller stores because they offer more parking, less spoilage and greater efficiencies. Many of those stores [of 40,000 square feet to 45,000 square feet] opened when the economy dipped, but sales are up and they are performing well enough that we’re considering opening some bigger flagship stores in certain markets.”

Whole Foods has been focusing on stores of 30,000 to 35,000 square feet in the last few years as it has entered smaller markets, “but we’re now shifting back up to a range of 35,000 to 45,000 square feet,” David Lannon, executive vice president, operations, pointed out.

The company may also seek to acquire smaller stores, as it did when it purchased six Johnnies Foodmaster locations in the Boston area last year. It reopened the first one, in Brookline, Mass., under the Whole Foods banner a month ago — at 16,000 square feet, the smallest Whole Foods in the U.S. — “and it’s off to a good start and doing better than expected,” Lannon said, “and we’re bullish on replicating that strategy.”

According to Mackey, “We expect a sea change in the retail food industry, with smaller independents closing stores or looking to get out, and we see additional opportunities for us to [acquire and] invest in some of those stores.”

Separately, a report last week by MarketWatch indicated that Whole Foods would “take a good hard look” at sites being offered by Tesco’s Fresh & Easy banner in the Southwest.

Viewing second-quarter results, Meredith Adler, managing director for Barclays Capital, New York, said, “There is reason for optimism about the future. Whole Foods is taking the right steps to improve its price image, and this should allow it to broaden its customer base as it moves into new kinds of markets.

“It is continuing to look for ways to lower procurement costs — in part by taking advantage of its growing scale” and efficiencies in logistics.

“If the company remains focused, it is possible sales growth will reaccelerate, but this will not occur overnight — customer perceptions take time to change. Earnings growth for at least the next few quarters could therefore be slower than it has been in recent years.”

In response to an analyst’s question, Mackey said Whole Foods is considering a loyalty program, “but not the kind traditional retailers are doing. We’re looking at a unique program, but nothing is imminent.”