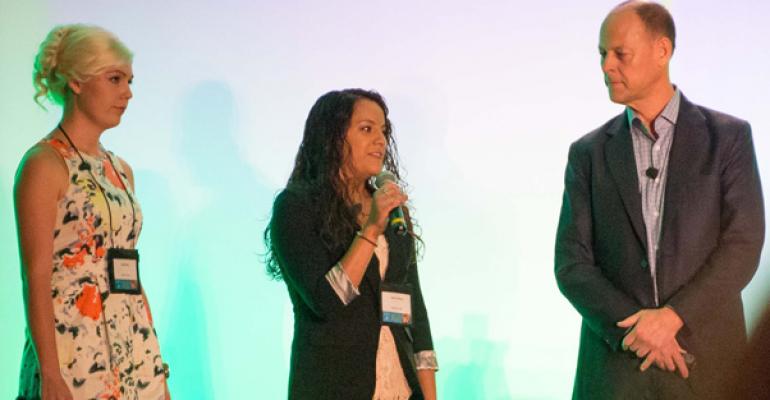 &ldquo;Opening day [in Detroit] was one of the greatest days of my career.&rdquo; &mdash;WALTER ROBB, Whole Foods Market

“The intelligence of a company lives in the locations, lives within all of the team members, every single one of them,” Robb said in a talk at the recent Global Retailing Conference, an annual event produced by the University of Arizona’s Terry J. Lundgren Center for Retailing in Tucson.

“Through that empowerment that we have, what happens is continual innovation. We don’t have to send it all out from Austin. It creates a cycle of innovation and new experience for our customers.

• Pop-up stores. “Our team members who are from different countries around the world are bringing their food and creating these little pop-ups and celebrating their heritage with our customers. The nature of retail is constant change. These pop-ups are a great way to do that.”

• Restaurant showcase. At a store located on Bowery and Houston in Manhattan’s Lower East Side, Whole Foods gives an upstairs space to a local restaurant for a month, then switches to the next one and the next. “I think this is creative in terms of its connection to the local community.”

• Rooftop cultivation. Robb showed video of the produce greenhouse on the roof of the new Gowanus store in Brooklyn that attracted much coverage when it opened last December. The facility is outsourced to a local grower [Gotham Greens] and it is growing food up there for four stores in New York City. The building itself was constructed using wood reclaimed from the Coney Island boardwalk and bricks from an old factory building. “It took 10 years to get this open,” he said.

Robb showed a video depicting a very pointed example of fitting the store to the local community — last June’s store opening in Detroit. “The effort to build there took more than one year of community meetings before going ahead,” he said. “We listened first. Our customers there want to see greater community involvement.

“Opening day was one of the greatest days of my career.”

In a demonstration of his attention to local relevance, Robb showed several photographs of the nearest Whole Foods store, on River Road in Tucson, and he introduced two of its team members on stage during his talk.

He also called out some notable regional suppliers, including Blue Sky Farms in southern Arizona, a 30-acre farm that supplies area Whole Foods stores, and Archi’s Acres, a farm in San Diego that has trained veterans in organic agriculture. The two Tucson-area stores also support the Tucson Food Bank with food donations.

Whole Foods stores routinely purchase up to 30% of their mix from local suppliers, Robb said, and it is committed to keeping much of that and other decision making at store level, taking advantage of what he called “distributed intelligence” of team members.

This level of trust is made possible by the company’s continual attention to core values and corporate culture, and support for customer-friendly decisions, he said. It may not hurt matters that Whole Foods compensates its people with “the top salaries and benefits in the industry.”

Robb said he believes the retail industry is at “a major crossroads,” for several reasons:

“No. 1 is technology. Retail and technology, if there ever was a separation between them, there is no more. They are together. The customer’s experience with retailing is completely integrated with technology now and will be in the future.

He advised retailers in the audience that they need to build their names and reputations on the experiences of the customer. “Because actually at the end of the day — particularly for grocery — 85% of the experience is still going to be in the physical store or in the integrated experience,” Robb said.

“So your ability to continually improve and upgrade the experience in-store is critical.”