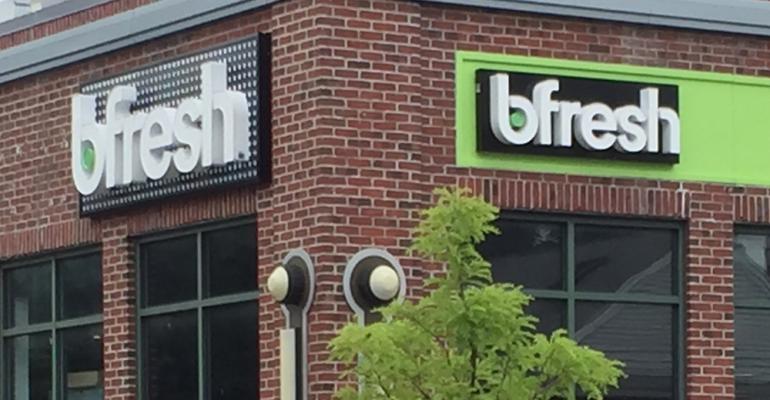 Ahold on Monday confirmed reports that it plans to close two of its small-format stores as it rethinks its strategy for the fresh-focused, urban concepts.

The company said it would close its Everything Fresh store in Philadelphia and its Bfresh store in Brighton, Mass., this Saturday, leaving two units of the format in the Boston market. Last year Ahold had shuttered another Bfresh store in Fairfield, Conn.

“The decision to close the Everything Fresh store was a difficult one, but the location was always considered a ‘learning lab’ and we intend to use those learnings going forward,” said Christopher Brand, a spokesman for Ahold.

The 3,700-square-foot Everything Fresh store debuted in 2014 as a small-format experiment that gave rise to Bfresh. The news of its pending closure was first reported Monday in the Philadelphia Inquirer.

Brand said the company is evaluating its options for the remaining Philadelphia sites.

Ahold also said that its two Bfresh stores that remain open in Somerville and Austin, Mass., and its Eastside Market store in Providence, R.I., would be integrated into Ahold’s Stop & Shop brand, based in Quincy, Mass. The stores have been operating as part of Ahold’s Fresh Formats division.

“As part of our brand-centric strategy, Stop & Shop plans to develop new, small store format opportunities,” said Mark McGowan, Stop & Shop president, in a statement. “Fresh Formats was specifically created to develop and test format opportunities to understand what works and what doesn’t work in urban and other small store locations. We will apply key learnings from Bfresh and the Eastside Marketplace – such as innovative technology, fresh prepared meals, a health-focused assortment and exciting ways to engage customers digitally and online – to Stop & Shop stores more broadly and to future alternative and small format store opportunities.”

The company said it planned to open a new small-format store in 2018 at a site in Newton, Mass., that had been slated for a new Bfresh location.