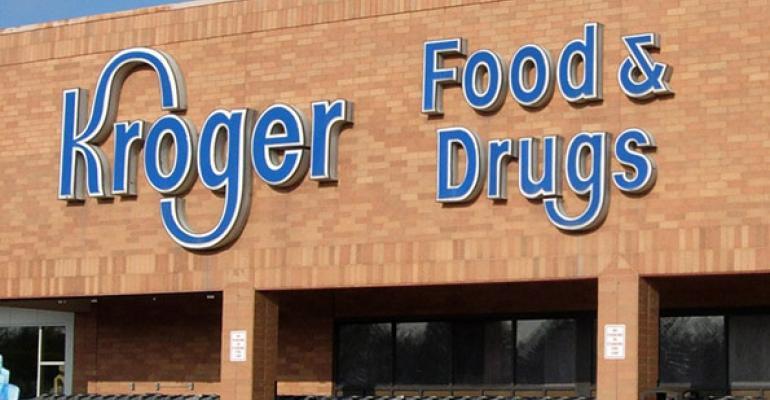 Kroger selling c-store business for $2.15B

The Kroger Co. today announced that it is selling its convenience store business to EG Group, a privately held petroleum and convenience store retailer headquartered in Blackburn, Lancashire, U.K. The $2.15 billion transaction is expected to close during the first quarter of Kroger’s fiscal year.

The deal includes 784 stores operating across 18 states, including 66 franchise locations.

Kroger had announced in October that is was exploring “strategic alternatives” for its convenience stores, including a possible sale, as part of its Restock Kroger initiative. As reported, Ankeny, Iowa-based Casey’s General Stores had been mentioned as a possibly buyer of Kroger’s C-stores last week.

venience store business has been a part of our company for many years,” said Mike Schlotman, Kroger’s executive vice president and CFO. “We want to thank our management team and associates for their enduring commitment to our customers, and for the contributions they have made to build our supermarket fuel business. As part of our regular review of assets, it has become clear that our strong convenience store business unit will better meet its full potential outside of our business.”

Schlotman said Kroger considered the impact the sale would have on its associates. “We are very pleased EG Group plans to establish their North American headquarters in Cincinnati,” he said. “EG Group is also a recognized international petrol forecourt convenience store operator and they have a commercial model which clearly looks to enhance the consumer offer by working with leading retail brands customers know and trust.

“This is good for our associates across the country and for our headquarter city of Cincinnati. Throughout the process we were impressed with the EG Group’s professionalism, investment commitment and, more importantly, their understanding of the U.S. convenience retail market. We now look forward to working with them closely to ensure a smooth transition for associates,” Schlotman said.

Founded in 2001 by brothers Zuber and Mohsin Issa, EG Group has grown to more than 2,600 sites in the United Kingdom, France, The Netherlands, Belgium, Luxembourg and Italy. It has established partnership with global brands including ESSO, BP, Shell, Carrefour, Louis Delhaize, SPAR, Starbucks, Burger King, KFC, Greggs and Subway.

“Our business model is simple but effective – EG Group is creating a stronger relationship between consumers and leading retail brands they want to access,” said Zuber Issa, EG Group founder and co-CEO. “In the U.S. we aim to create a retail environment which delivers convenience, provides value and serves as a retail destination offering excellent welfare to motorists who live and work near our petrol forecourt convenience retail stores,” he said.

“This is an exciting time for EG Group, the entry into the U.S. market presents a fantastic opportunity to deliver a successful retail offer to consumers across various states,” said Mohsin Issa, EG Group founder and co-CEO. “We have had much success across Europe and we firmly believe the Kroger assets present a fantastic foundation to overlay our retail experience and know-how in the U.S. We are committed to investing in the Kroger network, partnering with leading retail brands and working with the exceptional management team and associates transferring across to deliver a comprehensive retail offer.”

“It is too bad that Kroger gave in to activist pressures to sell the convenience stores because they are very good money-makers and offer very good tie-ins with the Kroger stores with their fuel programs, as well as having a tremendous multiplier effect as convenience-and-gas is one of the hottest and most successful formats in the country,” Flickinger said.

Howard said Kroger is “looking at” the continuation of the Fuel Reward program, but that it was “premature” to discuss any potential marketing pans, as well as what the deal may mean for Kroger in terms of continuing distribution and supply of private label products, such as milk and ice cream.

“For Kroger to sell its more than 700 convenience stores when they had to opportunity to get to 1,700 stores, it is really regrettable that the company succumbed to this activist pressure because the c-stores were performing so well across all banners,” Flickinger said.

He added Kroger is missing out on the opportunity to further grow the business through initiatives like installing Amazon Lockers in the c-stores, which is what Marathon Speedway currently does. “It is going to be really regrettable in terms of the opportunity costs going forward for the company,” he said.