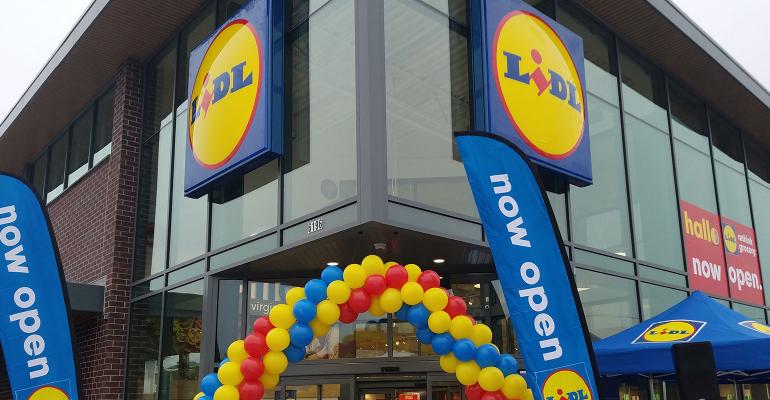 Lidl US said Monday it would open a fourth distribution center and regional headquarters next year in Cartersville, Ga.

Lidl said the $100 million facility, set to open late in 2018, would create more than 250 jobs over the next five years, and service Lidl stores in and around Georgia. Cartersville is located in Bartow County, about 45 miles northwest of Atlanta.

“Lidl’s commitment to locate in Georgia speaks to our business-friendly climate and robust workforce,” Georgia Gov. Nathan Deal said in a statement. “Georgia is a gateway to the Southeastern market and beyond, providing innovative retail leaders such as Lidl the logistics infrastructure needed to support a growing customer base. We value Lidl’s investment and share in the company’s vision for future growth.”

A Lidl's food truck made an appearance at last week's opening in Virginia Beach.

Lidl has already opened regional distribution centers in Alamance County, N.C., and in Spotsylvania, Va., and is building a third in Cecil County, Md. The Spotsylvania facility is currently the only center providing distribution to Lidl stores, the first 10 of which opened June 15, a spokesman said. The spokesman said each Lidl facility was capable of serving “multiple stores” but declined to cite a specific figure.

Lidl plans to open at least 100 stores in the U.S. Southeast in the next year. It’s first 10 stores opened June 15 and another four locations — in Culpepper and Chesapeake, Va., and Havelock and Wake Forest, N.C. — are set to open July 14.

“We thank Gov. Nathan Deal and leaders in Bartow Country for their support of our operations in Georgia,” Brendan Proctor, president and CEO of Lidl US, said in a statement. “We are excited to be part of the community in Cartersville, which has a vibrant workforce and offers a central location for our distribution network. This facility will be an important part of Lidl’s efficient infrastructure that will allow us to deliver outstanding quality goods to our customers at the lowest possible prices."