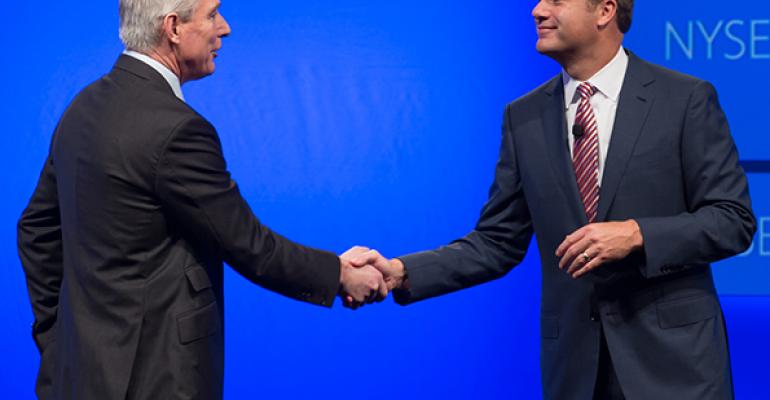 &ldquo;I think we do a reasonable job with fresh, but I do worry about our vegetables...&quot; &mdash;GREG FORAN, Walmart U.S.

In his first public remarks since taking charge of Wal-Mart Stores’ U.S. business, Greg Foran said the retailer could turn around flat sales in part by “becoming really good shopkeepers.”

Foran, who replaced Bill Simon as Walmart’s U.S. CEO in August, demonstrated a merchant’s mindset in remarks during Walmart’s annual investor day meetings, saying he intended to address details down to the coloring on the edges of iceberg  lettuce in an effort to improve comparable store sales behind  better product quality and a better shopping experience.

Describing himself as “a fresh food person,” Foran stressed an opportunity to improve fresh presentation at Supercenters and Neighborhood Markets, suggesting that the retailer could take better care in presentation and assortment of fresh food.

“I think we do a reasonable job with fresh, but I do worry about our vegetables — in particular, our green leaf vegetables. … When I pick up that iceberg lettuce, is it one that I’m going to buy or am I starting to see brown on the edges because we haven’t rotated well enough in store?”

Steak cuts at Walmart tend to be inconsistent, he added. “When I take it home and fry this meat and I want it medium rare, I want it medium rare all the way through, I don’t want to tail it off at the end,” he said. “So, I think there’s opportunities in procurement. There are opportunities upstream and downstream. None of this is easy to get after, but we do know how to do it.”

Foran also cast a critical eye on costs, saying the company needed to tighten inventories, address stores where costs are out of line and improve processes and disciplines around how the company handles damaged items and returns. Action in these areas — which he called “urgent agenda items” — will help to offset a portion of higher costs for wages and health care.

Foran’s message was aligned with comments from Walmart’s CEO Doug McMillon, who has also spoken of improving performance through better merchandising since taking the reins from Mike Duke earlier this year. McMillon in remarks at the analyst meeting admitted the company had “taken leverage a bit too far,” and that the company required near-term investments in labor and in prices to improve its short-term performance.

Sales in fact were growing slower than Walmart itself expected, officials revealed last week, saying the reduction in SNAP benefits that went into effect a year ago had impacted sales to a greater degree than expected. Officials said they now anticipate annual sales to grow by 2% to 3% this year, vs. earlier forecasts of 3% to 5%.

Over the longer term, McMillon outlined a reset in how the company was allocating capital, with plans to devote a greater mix of its overall spend to growth opportunities in digital while reducing spending in traditional areas — particularly new stores.

The company expects to open 60 to 70 Supercenters including conversions and relocations in fiscal 2016 — down from 120 this year and 130 in fiscal 2014, Judith McKenna, the company’s EVP and chief development officer, said. Rollout of smaller Neighborhood Market stores will continue at a pace slightly ahead of this year, she added, with 180 to 200 new stores being planned. Around 170 will open this year. 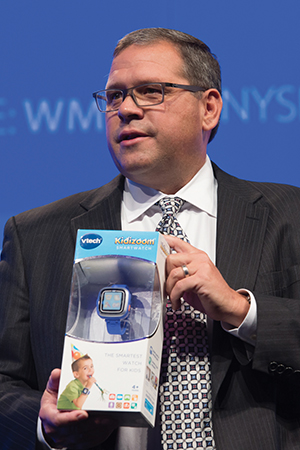 The company in the meantime will slow plans to grow the 12,000-square-foot Express format, which is in the process of rebranding under the Neighborhood Market banner, she said.

Around 70 Express stores were set to open this year and 20 are planned for fiscal 2016, but none after that. Concurrent with the banner change, these small stores will see assortments change, with fewer housewares and general merchandise replaced by fresh foods and consumables,  McKenna said.

The company was increasing spend on digital to capture what it sees as a rapidly increasing portion of the business. Walmart expects to realize $12.5 billion in e-commerce sales this fiscal year and is preparing for a 25% gain in that segment in fiscal 2016 and 30% to 40% annual gains in the years to follow, CFO Charles Holley said.

Updating additional initiatives, McKenna said the company’s experiment of using larger stores as mini-warehouses serving nearby smaller stores — a process the company called “tethering” — has been abandoned, saying the practice was too complex and not sustainable financially. Walmart in the meantime is rebranding its “Site to Store” offering allowing customers to order online for pickup at local stores as under the new brand Walmart Pickup.