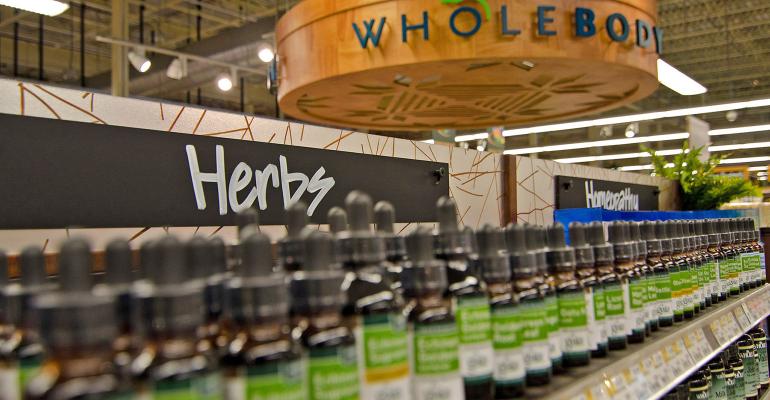 Whole Foods Market has asked to meet with key vendors next week as it continues to press for vendors to fund its new in-store services program, according to sources familiar with the invitation.

The meetings, which were reported Monday by CNBC, will involve key decision makers from certain suppliers who have been asked to sign non-disclosure agreements, according to a former Whole Foods employee who is familiar with the situation and asked not to be identified.

As previously reported, Whole Foods is asking vendors to pay 3% to 5% of their sales for Whole Foods to take over certain in-store services that in many cases had previously had been handled by regional and local brokers. As part of the new arrangement, Whole Foods will only be working with brokerage firm Daymon Interactions for in-store product demos and with Daymon’s in-store services division for services such as new item cut-ins, category resets and merchandising audits.

The fact that Whole Foods is asking to meet attendees to sign a nondisclosure agreement is a sign that the chain may be negotiating individually with its vendors around the fees.

“Let’s say I am [a supplier] and only agree to 1%,” the former Whole Foods employee said. “Whole Foods doesn’t want everyone else to know that I only paid 1%.”

Although much of the news around the new fees and the changes in the way Whole Foods works with brokers has come to light in the wake of the company’s acquisition by Amazon last year, the former Whole Foods employee said he believes the moves are not necessarily related to Amazon’s ownership. Whole Foods launched a similar initiative with its private label suppliers about a year ago, he said, where the company asked vendors to cut their cost of their products.

In addition, Whole Foods had stated its intentions to cut costs and centralize procurement before the agreement to be acquired by Amazon was announced last year.

According to one supplier, who also asked not to be identified, the new merchandising and in-store service program came about as a result of meetings the company held with vendors at a Natural Products Expo West conference “a few years ago.” (Expo West is owned by Informa, the same company that owns Supermarket News.)

“They had areas that needed improvement” in terms of product promotions, new-product launches and expansion of products to new regions, the supplier said.

Interestingly, according to the former Whole Foods employee, the company cancelled its vendor meetings at the most recent Expo West, which took place last week in Anaheim, Calif.

Whole Foods could not be reached for comment for this article.

According to the CNBC article, the moves Whole Foods is making will put pressure on small brokers around the country that have been providing service to smaller vendors in Whole Foods stores.

The former Whole Foods employee agreed that small vendors could be impacted, and said the program could eventually have the impact of raising prices if vendors incur additional costs for using Whole Foods’ in-store services. He said the fees Whole Foods is asking for are more than four times industry standards.

He agreed with the CNBC report that vendors are concerned about the way Whole Foods has been communicating about the program, noting that the notice of the vendor meetings was given with only about two weeks’ notice.

The new fees were slated to go into effect on April 1 for grocery products and July 1 for HBC items sold in the chains’ Whole Body departments, according to the supplier.

The former Whole Foods employee said it appears vendors whose sales contribute a significant amount of sales to their categories have been asked to attend next week’s meetings.

In the initial rollout of the new in-store services fees, Whole Foods said the rules applied to companies that had at least $300,000 in annual sales through Whole Foods.