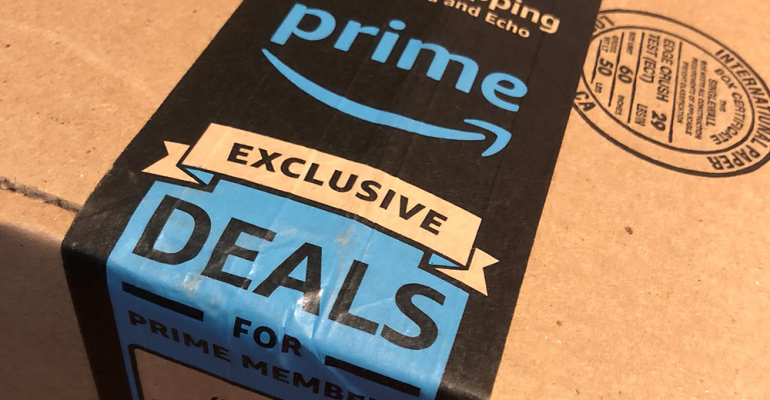 Though not disclosing dollar sales totals, Amazon.com Inc. is calling Prime Day 2018 the biggest shopping period in the e-tailer’s history.

Amazon said Wednesday that Prime members worldwide bought more than 100 million products during its annual shopping event, which this year ran 36 hours from 3 p.m. ET on July 16 through July 17. Prime Day 2017 lasted 30 hours and kicked off at 9 p.m. ET.

A report last week by Coresight Research projected that Amazon Prime Day 2018 would generate global sales of $3.4 billion, up 42% from $2.4 billion in 2017. Last year’s sales total also marked sharp growth from the previous two Prime Days, which tallied sales of about $1.5 billion in 2016 and $900 million in 2015, according to the New York-based research firm.

Amazon reported that small and midsize businesses selling through its platform “far exceeded” $1 billion in sales for Prime Day 2018. Despite some website outages shortly after Prime Day got under way, sales in the first 12 hours skyrocketed 89% versus the same time span a year earlier, according to published reports citing data from e-commerce specialist Feedvisor.

This year, customers worldwide bought more than 5 million items in each of the following categories on Prime Day: toys, beauty care, PCs and computer accessories, apparel and kitchen products.

U.S. Prime members shopping at Whole Foods during the event received an extra 10% off hundreds of sale items, deep discounts on select products, and $10 to spend on Amazon for Prime Day if they made a Whole Foods purchase of $10 or more between July 11 and 17. Amazon Prime Rewards Visa cardmembers also got 10% back, double the standard 5%-back reward.

Amazon noted that it signed up more new Prime members on July 16 than any previous day in the company’s history. This year, the e-tailer said a record number of Prime members shopped in 17 countries, including for the first time members in Australia, Singapore, the Netherlands and Luxembourg. Amazon previously said Prime has a global membership base of 100 million.

"Extending Prime Day to a day-and-a-half this year allowed us to further reward members with unbeatable deals, access to exclusive new products and unforgettable experiences that highlight the many benefits of a Prime membership,” Jeff Wilke, CEO of worldwide consumer at Amazon, said in a statement. “All of this was made possible because of our many valued associates, the global team that continues to make Prime Day bigger and better."

With Amazon Prime Day putting millions of consumers in a shopping frame of mind and on the lookout for deals, other retailers ran their own online events and served up bargains, such as Target, eBay, Macy’s, Kohl’s and Bed Bath & Beyond.

Target Corp. said Wednesday that its July 17 promotion — which the retailer noted required no membership fee — generated the highest single day of traffic and sales this year on Target.com. Deals included a free six-month membership for same-day delivery by Shipt for spending $100 on Target.com on July 17, free shipping on next-day Target Restock delivery orders, and up to 30% off top Google products.