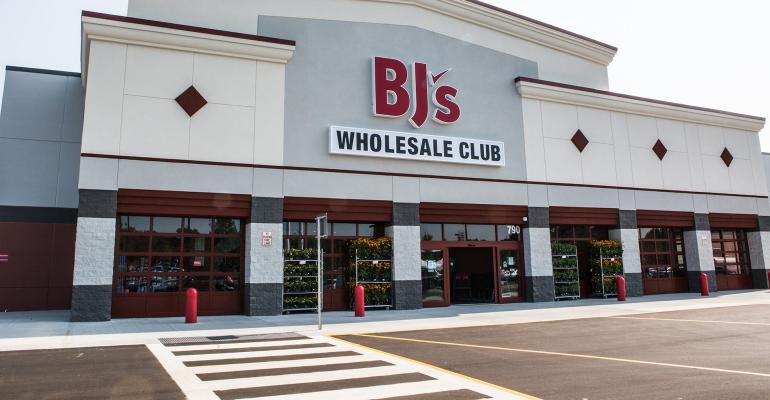 BJ’s Wholesale Club has expanded its same-day delivery agreement with Instacart and said it will offer the service from all of its membership clubs by the end of April.

The Westborough, Mass.-based chain first launched its partnership with Instacart a few years ago as a pilot in 18 stores, a BJ’s spokeswoman told Supermarket News. It will now be rolled out through the site delivery.bjs.com to all 215 BJ’s clubs, which operate along the East Coast from New England to Florida. Instacart is the only delivery partner that BJ’s works with through that site, the spokeswoman said.

The move comes as rival Costco is stepping up its partnership with Instacart and expanding the availability of dry grocery product through its two-day shipping offer. In addition to BJ's, Instacart has partnership deals with Costco, Aldi, Kroger and others.

Batavia, Ill.-based Aldi said Monday it has expanded Instacart delivery to the Chicagoland area and Northwest Indiana, after testing the service since last year in three markets. It is offering $20 off an order of $35 or more in the new markets.

“We are committed to saving people time and money, no matter how they shop for groceries,” said Jason Hart, CEO of Aldi U.S., in a statement. “The response to our Instacart pilot in Atlanta, Dallas and Los Angeles was overwhelmingly positive, and with nearly 200 Chicago-area stores, it only makes sense to bring online delivery to this major market.”

Cincinnati-based Kroger Co. also said on Monday that it was expanding its delivery through Instacart to new markets in 2018.

Kroger currently delivers from more than 872 stores across the country, and it offers 1,091 curbside pickup locations, with plans to add 500 new locations in 2018. The company offers home delivery in 45 markets through Instacart and other delivery partners.

“As part of Restock Kroger, we are investing in redefining our customers’ grocery shopping experience by bringing online and offline seamlessly together," said Yael Cosset, Kroger's chief digital officer, in a statement. “Having grown our digital sales in 2017 by 90%, we continue to accelerate our digital roadmap in 2018 to make shopping with Kroger simpler and more personalized.”

He said two thirds of Kroger customers — more than 40 million households — now have access to delivery and/or curbside pickup.