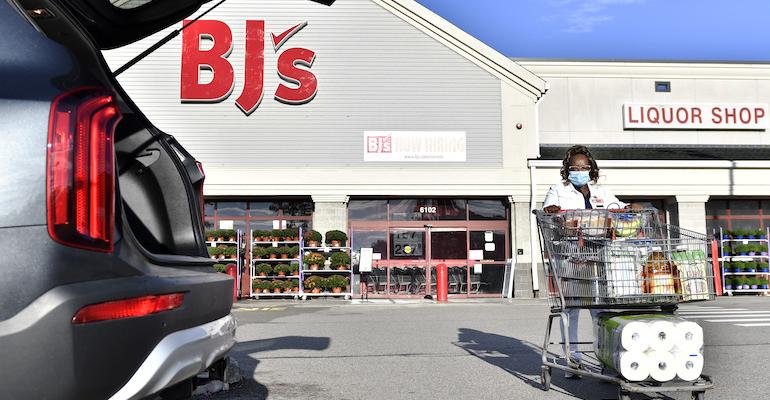 BJ’s Wholesale Club rolls out curbside pickup at all locations

BJ’s Wholesale Club has launched contactless curbside pickup service at all of its 219 warehouse clubs in 17 states.

Through the new service, which aids COVID-19 safety through social distancing, BJ’s members can order from thousands of items on BJs.com or via the BJ’s mobile app and have the items brought directly to their car, Westborough, Mass.-based BJ’s said Friday. After being notified that their order is ready to be picked up, members park in a designated curbside parking space and check in on the BJ’s app to alert the club of their arrival. A club associate then brings the order out and load it into the member’s vehicle.

Also today, BJ’s said its buy-online-pickup-in-club (BOPIC) service is being expanded to  include fresh and frozen foods. With the move, members can order from a wide range of fresh and frozen fare on top of general merchandise, center-store groceries, and health and beauty aids already available on BJs.com and the BJ’s app for pickup in-club.

BJ’s noted that the BOPIC service expansion is currently available in selected clubs and won’t roll out to all locations until the end of October.

“It’s more important than ever to provide our members with a variety of convenient options to shop the club,” Jeff Desroches, executive vice president and club operations officer at BJ’s, said in a statement. “Our new, contactless curbside pickup service is another example of how we’re focused on getting members the products they want, however they want.” 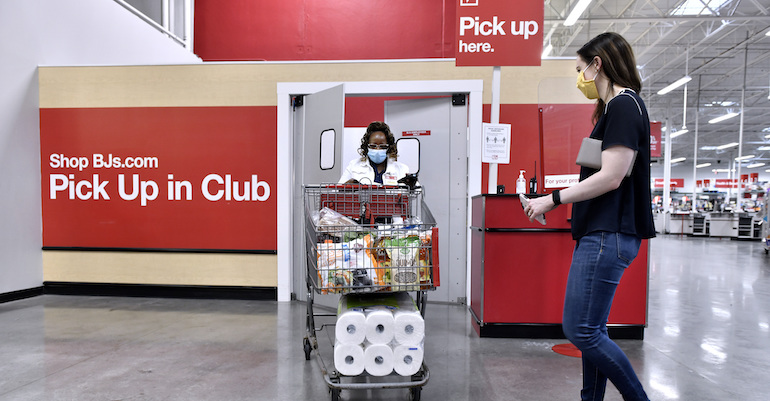 The full rollout of expanded BOPIC service, now including fresh and frozen food, is expected to be completed by the end of October.

Expanded online pickup service builds on BJ’s earlier efforts to improve its e-commerce offering, such as an upgraded website and mobile app, digital coupons and same-day grocery delivery, with the latter provided through Instacart.

“The initial response from members has been encouraging,” Delaney said in a conference call with analysts. “We will move aggressively to add infrastructure in our clubs to handle these rapidly growing offerings, knowing that our economics are at an advantage versus our competitive set.”

According to Chief Financial Officer Robert Eddy, e-commerce sales represented about six percentage points of BJ’s merchandise comparable-sales growth of 24.2% in the quarter, and roughly 75% of the digital sales gain was fueled by BOPIC and same-day delivery. “The complexion of this growth is important, as it is centered in those fulfilling methods where we have an economic advantage,” Eddy said in the call.