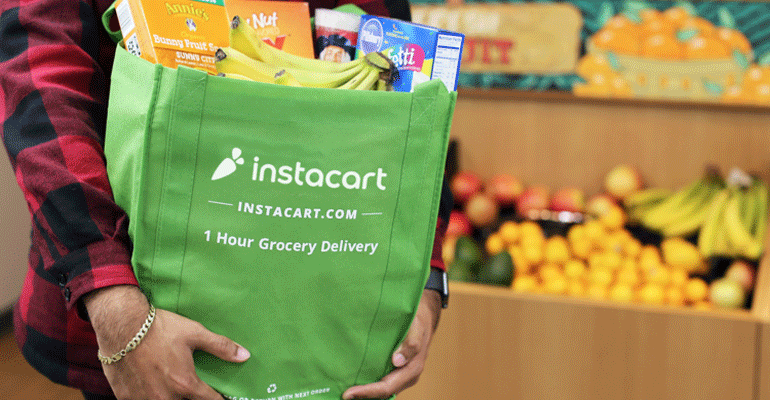 With CEO change, Instacart readies for ‘next growth chapter’

Grocery delivery giant Instacart turned to a recent board appointment in naming a successor to founder and CEO Apoorva Mehta.

Facebook executive Fidji Simo is slated to become Instacart’s new CEO on Aug. 2, taking the reins from Mehta, who will shift to the role of executive chairman. Simo had joined Instacart’s board of directors in January.

“I fell in love with Instacart first as a customer, then as a board member, and now I’m honored to join the company as CEO and lead its next growth chapter,” Simo said in a statement.

At Facebook, Simo has served as vice president and head of Facebook App for the past two-and-a-half years. In that post, she leads development and strategy for the social media company’s app, including News Feed, Stories, Groups, Video, Marketplace, Gaming, News, Dating, Ads and other Facebook offerings.

She joined Facebook in 2011 and has been a driver of the company’s mobile monetization strategy and led the team in charge of developing ad formats for mobile, San Francisco-based Instacart said. She has also made video a linchpin of the Facebook experience, from rolling out videos that autoplay in News Feed, to building and launching Facebook Live and Watch. In her most recent role, she led all Video, Games, and Monetization efforts across the Facebook App. 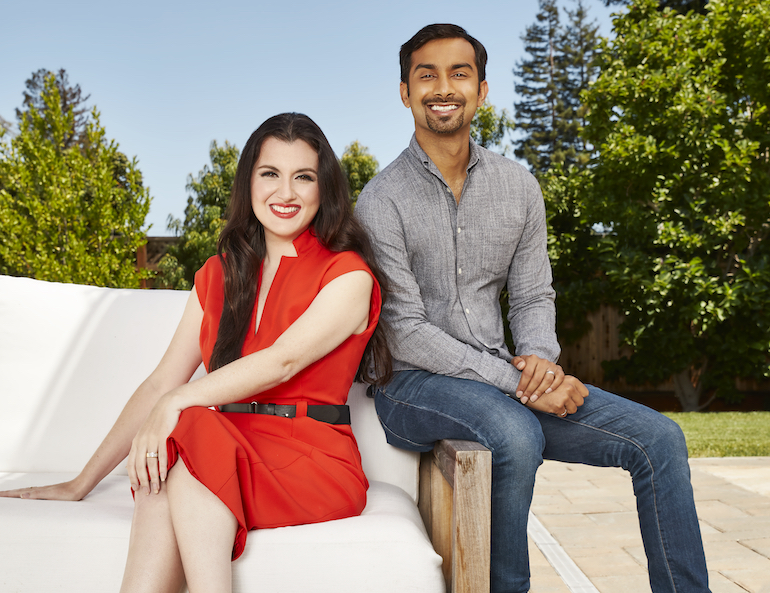 Before Facebook, Simo served as strategy manager at eBay from 2007 to 2011. She also co-founded Women in Product, a nonprofit group that helps women reach leadership positions in product management.

In announcing Simo’s appointment, Mehta noted her experience at a large, digitally driven company that saw rapid expansion and ended up going public.

“Seven months ago, I invited Fidji to join Instacart’s board and, since then, I’ve been blown away by her capabilities as a leader,” he said in a statement. “Over the last decade at Facebook, she’s been a part of every big moment in the company’s history, including helping it grow from 1,000 to nearly 100,000 people and leading the world’s most popular app. Fidji was also at Facebook during its transition from a private company to the public market and understands what it takes to lead and scale a transformational company like Instacart. I believe that, with Fidji at the helm, we’ll be in an even stronger position to seize the incredible opportunity in front of us.”

Simo joins Instacart’s leadership team amid continued industry buzz of an impending initial public offering. In November, Reuters reported that Instacart enlisted investment bank Goldman Sachs to lead the IPO, which could be launched in 2021. Then in January, Instacart hired Goldman Sachs veteran Nick Giovanni, a specialist in IPOs and mergers/acquisitions, as chief financial officer. And this past May, Instacart signaled its plans to grow globally with the hiring of Facebook executive Nikila Srinivasan as vice president of product for international.

In March, Instacart’s valuation swelled to $39 billion with the addition of $265 million from a new round of financing.

“Apoorva founded Instacart 10 years ago with an ambitious vision to bring an entire industry online, and over the years he’s built and scaled a phenomenal business that supports the entire grocery ecosystem. Instacart has transformed the way people eat and solved a truly essential need for millions of families like my own: access to food,” Simo commented.

“As we think about the future of food, we believe the way people eat and their relationship with food will fundamentally change over the next decade,” she explained. “They’ll expect a more convenient experience, the widest selection of food at their fingertips, faster delivery times, increased personalization and more inspiration. Instacart has an opportunity to deliver all of that for customers, while also becoming an even stronger ally and growth accelerator for retailers and advertisers and helping create economic opportunities for hundreds of thousands of shoppers. I’m excited to work with the talented teams at Instacart, as well as our retail partners, to reimagine the future of grocery and create a world where everyone has access to the food they love and more time to enjoy it together.” 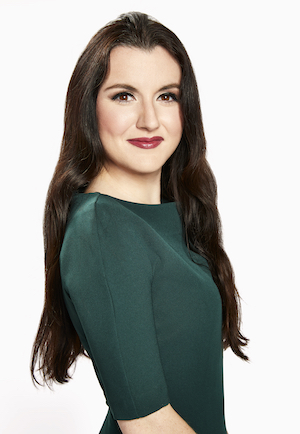 "We believe the way people eat and their relationship with food will fundamentally change over the next decade."
— Fidji Simo, Instacart's new CEO

Plans call for Mehta to remain involved in Instacart’s business and aid Simo in the leadership transition.

“Building Instacart over the last 10 years has been one of the most fulfilling experiences of my life,” Mehta stated. “In my new role as executive chairman, I’ll remain very engaged in the business on a day-to-day basis and will partner with Fidji on long-term and strategic moves that will shape the future of Instacart and our industry for years to come. And I’ll be able to do so knowing that with Fidji we have the right leader in place who has the experience we need to help make Instacart’s vision a reality.”

Founded in 2012, Instacart is North America’s largest third-party online grocery platform. The company partners with more than 600 national, regional and local retailers and delivers from nearly 55,000 stores across more than 5,500 cities. Its delivery service reaches 85% of U.S. households and 70% of Canadian households.

“I am grateful to Apoorva and the Instacart team for having built this business through sheer grit and resilience,” Simo said Thursday in a Facebook post announcing her departure from the social media company, “and I am honored that he has entrusted me to shepherd the company through its next chapter.”

In a July 8 company blog post, Mehta said Instacart’s rise to prominence as a grocery lifeline during the COVID-19 pandemic marked a “culmination of a decade of hard work.”

“Today, millions of households across North America depend on us for their weekly shopping. Tens of thousands of stores from local favorites like Bi-Rite in San Francisco all the way to national chains like Kroger rely on us to grow their businesses. More than half a million people have a flexible way to earn on our platform. Over the last 18 months as COVID spread through our communities, we also became an essential service for millions of households,” he wrote. “I’ve never been prouder of how our teams rallied to be there for our communities during this difficult time. Instacart now facilitates tens of billions of dollars in sales for our retailers, and we couldn’t be better-positioned for the future.”