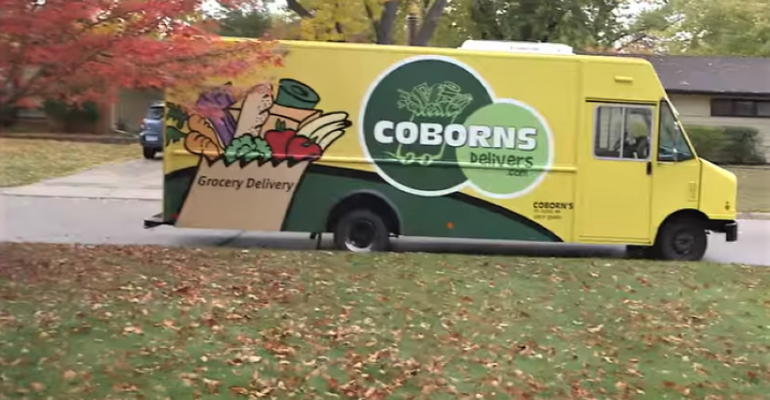 St. Cloud, Minn.-based Coborn’s said Thursday that after Aug. 15, it will discontinue its CobornsDelivers service from its e-commerce fulfillment center in New Hope, Minn., a suburb of Minneapolis. Going forward, Coborn’s online customers in the Twin Cities market will be redirected to shop.cub.com, where they can shop for groceries through Cub stores in the seven-county area.

Coborn’s entered the online grocery delivery space in the Twin Cities through its August 2008 purchase of the SimonDelivers service, which relaunched as CobornsDelivers in October of that year. The New Hope facility was one of SimonDelivers’ two fulfillment centers at the time.

Under the agreement announced today, Coborn’s is selling the CobornsDelivers customer list to Cub. A Coborn’s spokeswoman said the retailer doesn’t operate any stores in the Twin Cities, and the company instead wants to focus on growing its curbside pickup and limited home-delivery service in markets where it has brick-and-mortar stores. CobornsDelivers operates under a warehouse fulfillment model.

Overall, Coborn’s Inc. operates 62 supermarkets in Minnesota, North Dakota, South Dakota and Wisconsin under the Coborn’s, Cash Wise Foods, Marketplace Foods and Hornbacher’s banners. Those locations are part of the company’s more than 120 stores, which include stand-alone convenience stores, liquor stores and pharmacies.

“Coborn’s has always been a forward-thinking company, and our President and CEO Chris Coborn had tremendous vision for the future of grocery delivery in 2008 when we purchased and renamed early leader SimonDelivers in the Twin Cities,” Emily Coborn, vice president of operations for Coborn’s Inc., said in a statement. “CobornsDelivers has been the grocery delivery gold standard in the Twin Cities metro for more than a decade, with our warehouse hub and dedicated driver service. We are incredibly proud to have helped a generation of Twin Cities shoppers get their grocery run totally done online.

“Now we look forward to bringing those innovations — and the easier way of life online shopping can bring — to our customers in our 62 store locations,” she said. “And we know our Twin Cities customers will be well taken care of in the future by our friends at Cub.”

Coborn’s said will continue home delivery in the St. Cloud and Elk River, Minn., markets and provide that service as Cash Wise Delivers in Owatonna, Fargo and Bismarck, N.D., areas. Curbside pickup service will continue to be offered at all Coborn’s, Cash Wise and Marketplace Foods stores.

With the shift to Cub’s same-day delivery service, which is powered by Instacart, CobornsDelivers customers in the Twin Cities will need to create a new online shopping account. Cub said it will offer new customers at shop.cub.com $20 off their first order and free delivery with a $35 minimum purchase, using the promo code SAVE7646.

“Convenience is essential to many of our customers, more and more of which are turning to online ordering and having their groceries delivered to their home or office at a time that works within their demanding lives,” said Mike Stigers, executive vice president of fresh at UNFI and CEO of Cub Foods, which has 79 stores in Minnesota and Illinois. “We invite all CobornsDelivers customers to order the fresh, premier products they expect from Cub and schedule their delivery in as little as one hour.”

In December, Coborn’s purchased the Hornbacher’s grocery banner from Supervalu Inc., which in late October had been acquired by UNFI. Under the deal, Coborn’s bought five Hornbacher’s stores in Fargo, N.D., two stores in Moorhead, Minn., and another that was under construction in West Fargo, N.D. Supervalu also expanded its supply relationship with Coborn's, which was already a wholesale customer.