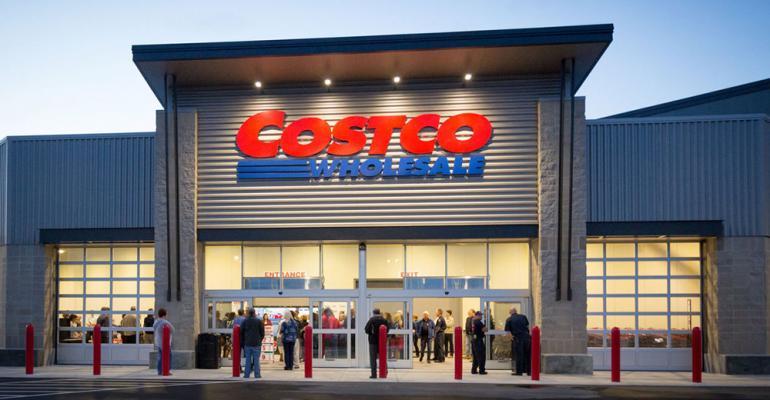 Costco
In addition to its expanded alcohol delivery program with Instacart, Costco is piloting prescription drug delivery with Instacart in California and Washington.
News>Online Retail

Costco Wholesale has expanded Instacart same-day delivery of alcohol to 200 of its club stores in 11 states and the District of Columbia.

Customers ordering alcohol must be age 21 or older, and are required to enter their date of birth at checkout and present a valid government ID at the time of delivery.

Overall, Instacart offers alcohol delivery from almost 7,000 stores in more than 20 states and the District of Columbia. With the expansion, the service now reaches nearly 60 million households, up from 40 million in March.

Instacart said the number of alcohol deliveries is up by triple digits year over year. The service also has proved to be a growth driver for retailers, as the average Instacart basket size grows by almost 15% with the addition of alcohol, according to the company.

Along with delivery, Instacart offers alcohol pickup across a number of states and retailers and aims to expand that service in the coming months.

This month, Instacart also is slated to begin integrating detailed tasting notes and customer reviews for spirits and wines on its platform via partnerships with Distiller.com and CellarTracker.

An interactive content platform and discovery engine for distilled spirits, Distiller provides expert tasting notes and reviews for thousands of spirits across the marketplace. CellarTracker, a global collection of community wine reviews and cellar management tools, offers notes and reviews for more than 50,000 wines across the Instacart marketplace.

For Costco, the alcohol delivery service builds on Instacart’s current relationship with the Issaquah, Wash.-based warehouse club chain, which includes same-day delivery of groceries and household staples from all of the retailer’s U.S. locations. In addition, Instacart and Costco have begun piloting prescription drug delivery, in as soon as one hour, in California and Washington.

“Total online grocery continues to grow at a faster rate than the core e-commerce comps — although, again, it's still a relatively small piece of the business,” Costco Chief Financial Officer Richard Galanti said last week in a conference call on first-quarter results. “We also during the quarter launched as a test in a few locations same-day prescription delivery with Instacart,” he added. “And we launched in the quarter same-day alcohol delivery also through Instacart in California, such that, as of today, it's being offered in 12 states.”

Galanti noted that the prescription delivery test reflects a move to provide more convenience to customers. “With the Instacart relationship, we have them already coming into our locations, [so] let's give this a shot. We already have a good and growing mail-order [pharmacy] business. We have 540-ish pharmacies around the country, but this is another opportunity,” he said. “You've already got these [Instacart] drivers delivering groceries to others; hopefully, we can do this. And it is something to add to the competitive belt.”