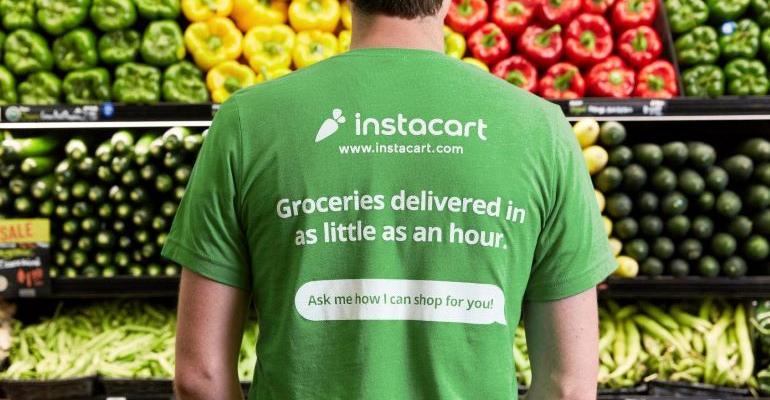 In a first, Instacart employees in Illinois vote to unionize

UFCW 1546 said the workers are the first Instacart employees to win a certified union election in the United States and will join with the Chicago-based local’s other 18,000 members. The Feb. 1 vote, conducted by the National Labor Relations Board, involved 15 part-time Instacart personal shoppers at a Mariano’s supermarket, part of The Kroger Co., in Skokie.

“We’re very happy with the results of the election. It is the first in the nation in regard to Instacart,” UFCW 1546 President Bob O’Toole told Supermarket News. “And I’m glad to hear that Instacart has committed to honor the choice the employees made in the election and bargain in good faith to reach a contract.”

Overall, San Francisco-based Instacart employs 12,000 in-store shoppers and 130,000 full-service shoppers to fulfill online grocery orders for same-day delivery or pickup. In-store shoppers, however, are part-time Instacart employees who pick, pack and stage items at a dedicated retail store, whereas full-service shoppers operate as independent contractors who pick, pack and/or deliver an order from a store to the customer’s door.

“Instacart cares deeply about all members of our community, which includes in-store shoppers who are part-time employees. We will always support employee freedom and choice, and we respect our employees’ rights to explore unionization,” Instacart said in a statement. “Pending certification of the election results, Instacart will honor the outcome of this election and the decision of these 15 part-time employees in Skokie to choose union representation. We will then begin the process of negotiating in good faith on an initial collective-bargaining agreement that covers this location.”

So far, no timetable has been set for contract talks with Instacart to begin, according to UFCW 1546’s O’Toole. “We would certainly prefer sooner — the sooner the better, because it can be a lengthy process,” he said.

The Instacart in-store shoppers at the Skokie Mariano’s store sought union representation because of concerns about wages, turnover, the pace of work, employee ratings and a cap on hours that made them ineligible for benefits, according to published reports. Since the in-store shoppers are classified as part-time employees of Instacart — not as independent contractors like the full-service shoppers — they were eligible to unionize.

“We decided to organize with UFCW Local 1546 because of the overall bad treatment we have received from Instacart,” Joe Loftis, an employee of Instacart at the Skokie Mariano’s, said in a statement on the union vote.

Instacart said part-time employees receive competitive pay and work fewer than 30 hours per week, which provides them the flexibility to accommodate other jobs or personal responsibilities. “The in-store shopper role offers work that fits around an individual's life, including choosing your own hours and canceling if something comes up,” the company explained. Instacart noted that, last year, it instituted a new nationwide, tenure-based pay structure that progressively increases hourly pay to reward individuals for continued service.

“While today’s election only affects in-store employees assigned to this store, we remain committed to providing the best experience for all customers and employees,” Instacart stated.

UFCW 1546 said the Instacart part-time workers in Skokie “made history” in voting to unionize.

“The employees who work for Instacart inside of the Mariano’s grocery store in Skokie, Ill., specifically sought out UFCW Local 1546 for union representation. The workers remained united throughout the organizing campaign despite being subjected to their company’s anti-union stance,” O’Toole said in a statement on the vote. “We look forward to this opportunity to work with our new Instacart members in negotiating their first union contract.”