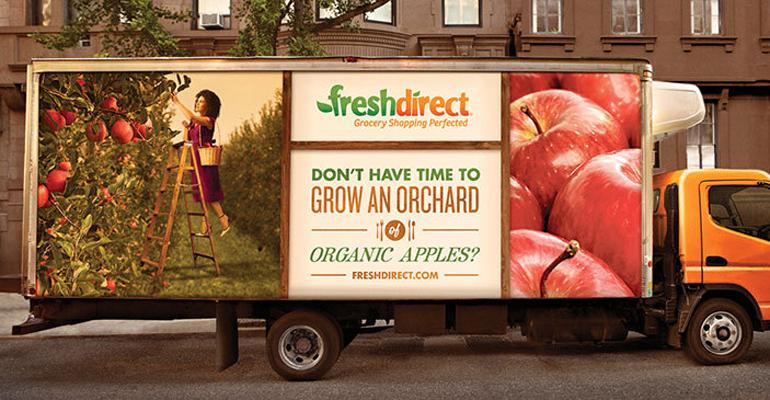 In the first expansion since moving to its new Bronx, N.Y., headquarters last summer, FreshDirect has enlarged its geographic coverage and launched same-day delivery.

The online grocer said Tuesday that its service now reaches more parts of Connecticut and the Washington, D.C., metropolitan area. Additional geographic expansion is slated for later this year and in early 2020.

Under the new same-day delivery service, customers can place an order before 10 a.m. and receive it later that evening. FreshDirect said same-day service will be rolled out across Manhattan by March 11, followed soon by Brooklyn and Westchester County.

The company already offered next-day delivery, with customers able to order up to seven days in advance, as well as the on-demand service FoodKick, which makes a curated selection of fresh food, alcohol, local items, prepared meals and grocery staples available for delivery in as soon as an hour to customers in select markets.

“Last year was a transition year for FreshDirect with the opening of our state-of-the-art new facility, but we’re excited to announce that the company is returning to growth and expansion in 2019 and beyond,” CEO David McInerney said in a statement. “Now that we have settled into our new home, our service and selection are better than anyone else in the industry. FreshDirect Campus was built to provide the best overall customer experience while allowing us to expand to new markets and offer innovations like same-day delivery.”

The company noted that the new South Bronx facility enhances its ability to provide “farm to fork” food distribution, add thousands of new products and serve new market areas via its FreshDirect, FoodKick and FreshDirect At The Office brands.

“We want customers to know that we’re adding great new products every week, that we’re putting more new trucks on the road to make sure they get their deliveries when they want them and on time, and that we have a 100% satisfaction guarantee on every order,” McInerney added.