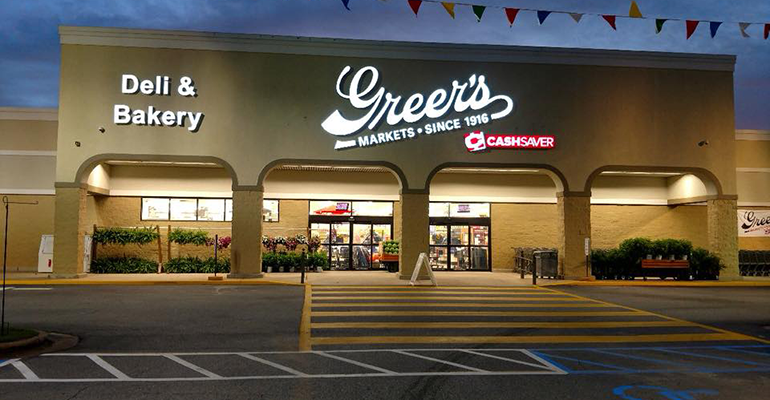 Home delivery service under way in Alabama and Florida

Greer’s is expanding its Greer’s To Go online grocery service with Shipt delivery.

The Gulf Coast grocer, part of Prichard, Ala.-based Autry Greer & Sons Inc., has launched Shipt delivery of groceries and household staples from stores in the metropolitan areas of Mobile, Ala., and Pensacola, Fla.

With the rollout, nearly 200,000 households in Alabama and Florida will be able to order groceries online from Greer’s and have the products delivered by Shipt in as soon as one hour.

“We are excited about our delivery partnership with Shipt,” Jan Greer Endfinger, vice president of marketing at Greer’s, said in a statement. “Shipt shoppers will select each order as if it’s their own, making certain Greer’s and Shipt customers are 100% happy with every item ordered and delivered on time. Our slogan since the early 1900s is ‘Greer’s Got It! We Guarantee It!’. This commitment to our customers continues in store and online.”

In support of the launch, Shipt plans to add thousands of new personal shoppers across the two states to help pick, pack, bag and deliver online orders. And for a limited time, area consumers who enroll in Shipt will get $50 off the annual membership fee of $99. Birmingham, Ala.-based Shipt is part of Target Corp….