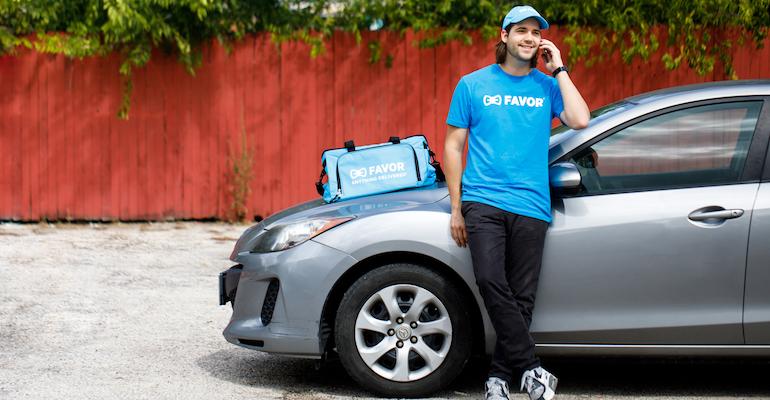 ‘Runners’ get commercial auto liability insurance at no charge

H-E-B’s Favor on-demand delivery service is now providing commercial automotive liability insurance to all of its 80,000-plus contract delivery drivers, known as “Runners.”

Favor said yesterday that the commercial coverage is automatic and applies to every active delivery, at no charge to Runners.

Austin, Texas-based Favor already provided its contract delivery drivers with primary auto liability insurance, as well as contingent collision coverage, for active deliveries. The company said the new coverage is designed to “give Runners peace of mind” while operating on the Favor platform.

For example, Favor’s auto insurance policy steps in to provide commercial liability protection to Runners when an accident occurs on an active delivery. The new policy also brings assistance for damages to a Runner’s vehicle during a delivery in addition to coverage provided by a Runner’s personal auto insurance, according to Favor.

“This insurance immediately provides Runners with additional protection for every Favor delivery,” Favor President Steven Pho said in a statement. “We designed this coverage without any hurdles for the Runner — no required signup or enrollment period or any fees, premiums or co-pays. Every delivery is now automatically covered on the Favor platform.”

Favor noted that the commercial auto insurance coverage adds to the resources, tools and support it already offers Runners, including health, dental, vision and life insurance benefits via the company’s partnership with Stride; a free expense-tracking app; and year-round discounts on oil changes and vehicle maintenance.

In addition, Favor said it has invested further in Runner Clubhouses, community spaces for delivery drivers that provide in-person support and lounge space to relax, engage with other Runners and charge cell phones. The company said that since opening the first Runner Clubhouse in Austin in 2017, that facility has been relocated to a new, larger space to accommodate growth. Runner Clubhouses also have been opened in Dallas in May 2018 and in Houston earlier this month. A San Antonio location is slated to open in 2020.

“This is a huge milestone in strengthening our support for Runners across Texas,” added Pho. “We are dedicated to delivering the best possible experience for our Runners, and providing them with a sense of security while delivering with Favor is an essential component of that.”