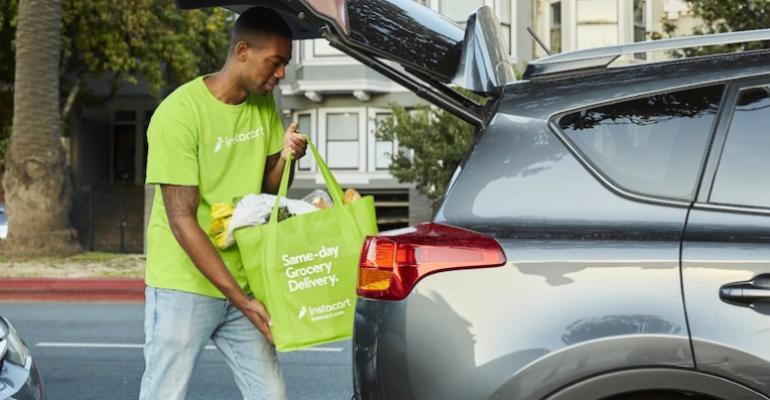 Instacart
Called “Beyond the Cart: A Year of Essential Stories,” the campaign highlights the Instacart shopper community’s role in getting groceries to consumers during the COVID-19 pandemic.
News>Online Retail

On-demand delivery provider Instacart has launched “Beyond the Cart: A Year of Essential Stories,” a campaign highlighting the Instacart shopper community’s role in getting groceries to consumers during the COVID-19 pandemic.

For the campaign, announced yesterday, San Francisco-based Instacart is sharing the lives, backgrounds and stories of 59 personal shoppers — one from each U.S. state and Canadian province where Instacart is available — as a way to honor the collective efforts of its shopper base.

Related: Instacart continues to expand beyond grocery in partnership with Michaels

Each shopper recognized received a year’s worth of free groceries, Instacart said. The company also is thanking more than 10,000 of its most-active shoppers — who have supported the most households amid the coronavirus crisis — with a $200 grocery credit. 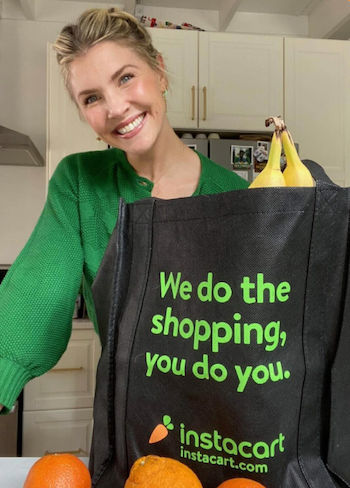 For the campaign, Instacart has partnered with TV personality Amanda Kloots, who said she's been a regular Instacart delivery user during the pandemic.

“This past year, hundreds of thousands of shoppers played an essential role in communities across North America, helping millions of people safely and seamlessly get the groceries and goods they need delivered to their home,” Instacart CEO and founder Apoorva Mehta said in a statement. “From college students and retirees to busy moms and dads, Instacart shoppers make up a diverse and inspiring community of individuals who stepped up and served as household heroes in the midst of the COVID-19 pandemic. We’re incredibly grateful for every shopper and are inspired by their stories and the extraordinary service they provide to customers every day. Today, we celebrate all Instacart shoppers and the important role they’ve played for so many people this past year.”

With the pandemic triggering a boom in online grocery shopping, Instacart added more than 300,000 personal shoppers since March 2020. Currently, the company has over 500,000 active shoppers on its platform.

The 59 shoppers spotlighted in the “Beyond the Cart” campaign offer anecdotes and personal stories that reflect COVID-19’s impact across North America, from people finding new earnings opportunities after losing their jobs, to saving up to buy a house and to looking for a way to give back during a challenging year, according to Instacart.

Partnering with Instacart on the campaign is lifestyle expert Amanda Kloots, co-host of CBS-TV’s “The Talk,” who is helping the company raise awareness of essential workers like Instacart personal shoppers and appreciation for their efforts.

“I’m proud to join Instacart in paying tribute to the essential role the shopper community has played in people’s lives, including mine, over the past year,” Kloots stated. “As a single mom who hasn’t set foot into a grocery store in over a year, Instacart has enabled me to stay safe for my son, and I’m so grateful for the peace of mind these shoppers have given me. I applaud the service they’ve provided to countless others, from senior citizens, to people with health risks, to families who want to limit exposure, and more. The Instacart shopper community has been a lifeline to millions of people, and this campaign is a moment to say thank you.”

Instacart reported that its has paid more than $4.2 billion in earnings to personal shoppers since March 2020. The company said average shopper earnings have risen by as much as 40% year over year. Instacart also has distributed more than 750,000 health and safety kits to shoppers and spent more than $30 million in shopper safety.

Overall, Instacart partners with almost 600 national, regional and local retailers on same-day delivery and pickup services from more than 45,000 stores — including grocery and other retail sectors — in over 5,500 cities in North America. The company’s delivery service is available to more than 85% of U.S. households and 70% of Canadian households.