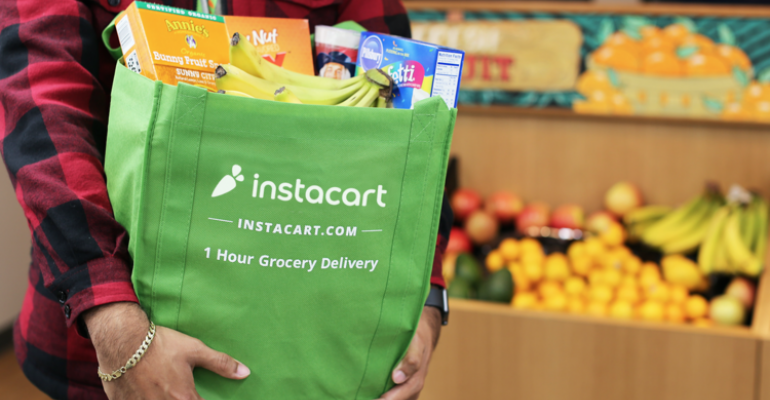 Instacart is looking to a new round of funding to fuel its momentum in the on-demand grocery delivery arena.

San Francisco-based Instacart said Tuesday it has landed $600 million as part of a financing round led by hedge fund D1 Capital Partners. The e-commerce company has raised more than $1.6 billion in funding since its launch in 2012, and the latest financing lifted its valuation to $7.6 billion.

The new capital will be funneled toward additional expansion in North America — with new plans to build a Canadian technology hub — along with marketing investments to boost awareness of its service at grocery stores and recruit engineering and product development talent. 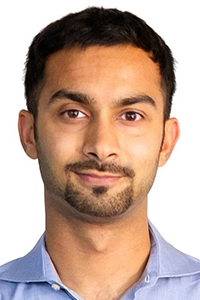 “The U.S. is nearly a $1 trillion grocery market, and last year we saw almost every major grocer in North America bring their delivery business online in a significant way. We believe we’re in the very early stages of a massive shift in the way people buy groceries, and we expect that one in five Americans will be shopping for their groceries online in the next five years,” Apoorva Mehta (left), founder and CEO of Instacart, said in a statement.

“We’re excited to partner with D1 Capital on this investment, which is a testament to the growth we’ve seen and our ambitious plans for the future,” he added.

The e-grocery marketplace serves more than 15,000 grocery stores in 4,000 cities in North America — covering over 70% of U.S. households and more than 50% of Canadian households — and has 50,000 personal shoppers and 600 full-time employees.

“We have strong conviction in Instacart and its team and pursued the partnership because of the company’s unique industry leadership position and the growth opportunity ahead,” said Dan Sundheim, founder of New York-based D1 Capital Partners. “Grocery is the largest category within U.S. retail, and it is also one of the least penetrated online. The industry is at a tipping point, and there will likely be a significant acceleration in the adoption of online ordering for grocery delivery over the next few years.

“We believe that traditional retailers will lead the category online, as their brick-and-mortar stores are the most effective distribution centers for fulfillment of online grocery orders,” Sundheim noted.

A key expansion point for Instacart is Canada, where the company aims to construct a new tech center in Toronto dubbed Instacart North. It also plans to hire 200 more employees over the next few years in the areas of engineering, product, design, and research and development.

Instacart’s two Canadian retail partners are Walmart Canada and Loblaw. The partnership with Walmart Canada, unveiled in September, marked the first time Instacart’s service became available at Walmart banner stores. The Bentonville, Ark.-based retail giant, which has about 410 Canadian stores, previously only worked with Instacart through its Sam’s Club unit.

Loblaw announced its partnership with Instacart last November and began delivery from Loblaws, Real and T&T stores in Toronto in December. That was followed by launches in the greater Vancouver area in January and in Winnipeg earlier this month. Instacart now provides grocery home delivery for more than 250 Loblaw Cos. stores from British Columbia to Nova Scotia.