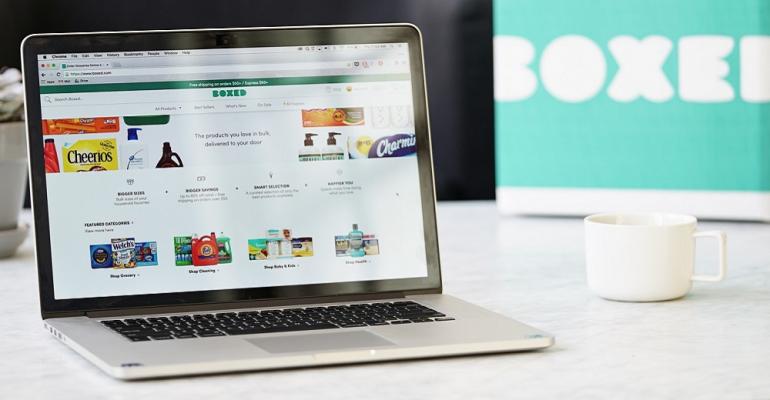 Bulk shipper could fetch up to $500 million: report

Kroger Co. has bid to acquire Boxed.com, the online bulk-products retailer that seeks to compete with warehouse clubs and office-supply stores, according to reports.

A Kroger spokeswoman said the company “generally does not comment on rumor or speculation.”

According to a report on Forbes, Cincinnati-based Kroger was the first of multiple bidders for Boxed, which was founded in 2013. The company began by offering a limited number of items, including grocery items and other consumables, such as paper goods, in bulk, and has since expanded to include same-day delivery of perishables in some markets. It also has a growing private label business, and has been focusing on opportunities in the business-supply space, according to a report on Forbes.com.

It operates multiple warehouses around the country, including in New Jersey, Nevada and Georgia.

Forbes said Boxed could fetch up to $500 million in a sale. In 2016 the company was valued at $470 million, Forbes reported.

In a LinkedIn column written at the time of Amazon’s acquisition of Whole Foods, supply chain consultant Brittain Ladd suggested that Kroger should seek to acquire Boxed.

“I firmly believe Kroger can take significant market share from Costco and Sam’s Club if they acquire and integrate Boxed into the Kroger ecosystem,” he said in the column.