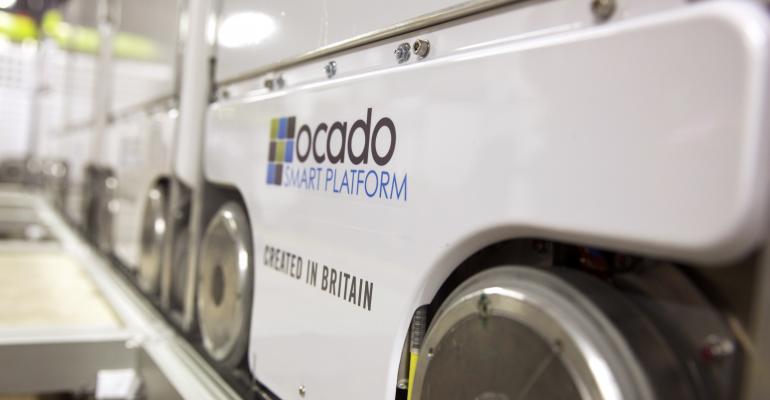 The Kroger Co. and Ocado have broken ground on automated warehouse in Groveland, Fla., marking the second of 20 planned U.S. online grocery facilities as well as Kroger’s entry into Florida.

Kroger Chairman and CEO Rodney McMullen and Ocado Group CEO Tim Steiner were among company officials and community leaders who participated in the ground-breaking ceremony yesterday at the site, located at 7925 American Way in Groveland. Plans call for the $55 million, 375,000-square-foot customer fulfillment center (CFC) to become operational in 2021. 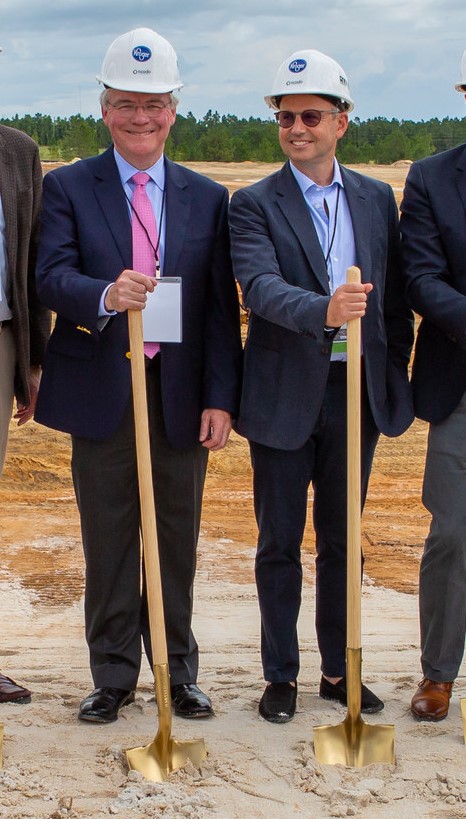 Kroger's Rodney McMullen with Ocado's Tim Steiner at the groundbreaking for the Groveland, Fla., facility.

Expected to create 400 jobs in the area, the CFC will use digital and robotic technology to fulfill online grocery orders. McMullen noted that the facility extends Cincinnati-based Kroger’s market reach into a new state.

"Kroger is excited to enter Florida to redefine the customer experience through our industry-leading partnership with Ocado," McMullen said in a statement. "There's a substantial demand for Kroger products and services in the state, and we're eager to offer a new and seamless experience through the customer fulfillment center, leveraging advanced robotics technology and creative solutions to provide customers with anything, anytime, anywhere."

Thus far, Kroger and U.K.-based online grocer Ocado have named four CFC locations, including the Groveland site. Last month, the companies broke ground on a 335,000-square-foot CFC in Monroe, Ohio — the first facility announced — and earlier this month said they would locate a 375,000-squre-foot CFC in Forest Park, Ga. Another Ocado warehouse is planned for the Mid-Atlantic region, but a location hasn’t yet been specified. 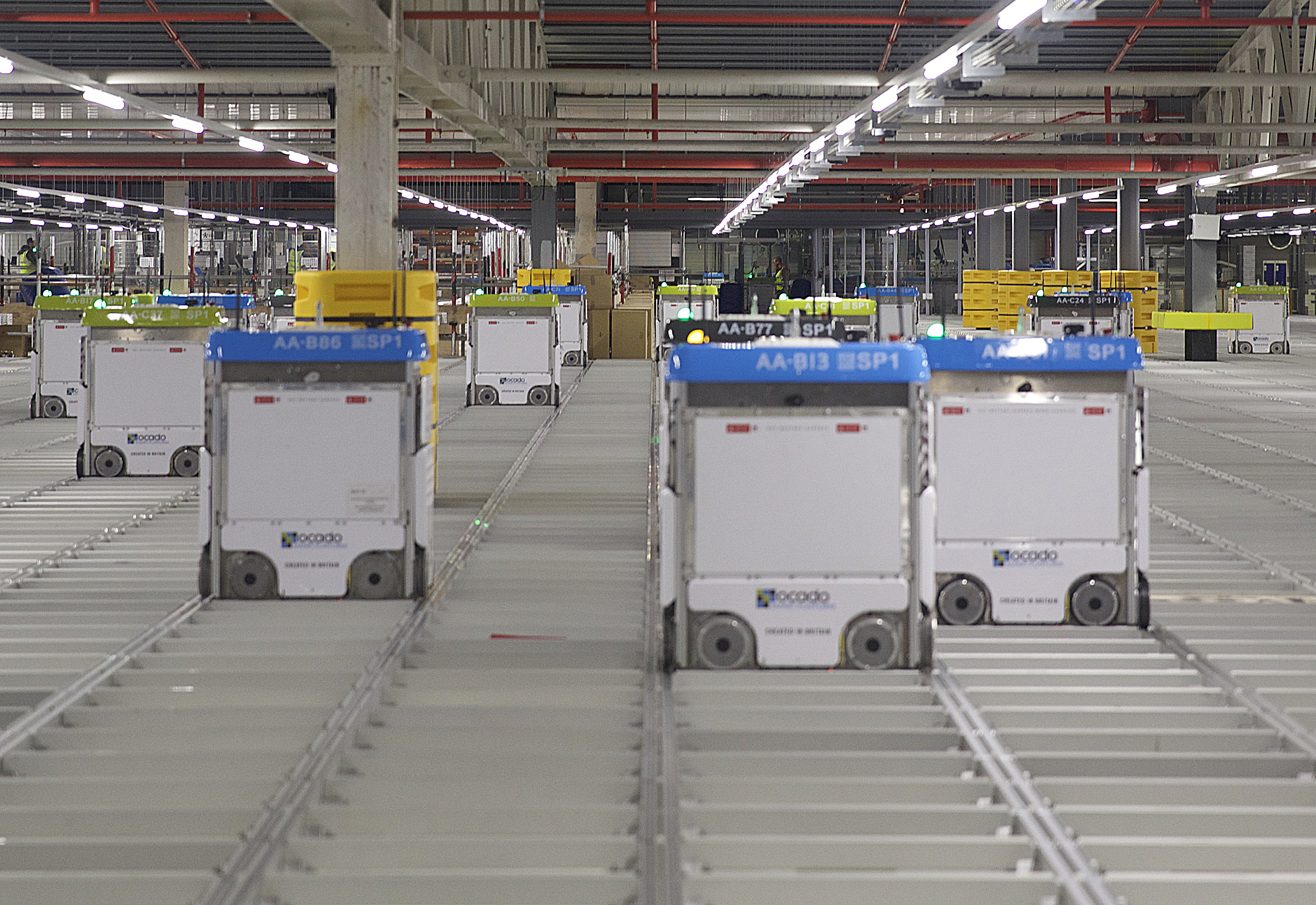 According to Kroger, the CFC model will be replicated “to serve customers across America.” In announcing their partnership in May 2018, Kroger and Ocado said they aim to open the 20 CFCs in the United States over the next three years.

"This is another significant milestone for Kroger and Ocado, and a big step toward a nationwide revolution in how Kroger customers experience grocery e-commerce," said Ocado’s Steiner. "As they enter Florida for the first time, Kroger is breaking ground in more ways than one, and I am delighted to bring Ocado's world-class technology to its operations in such an important market. Our partnership is also creating exciting opportunities for technologists and engineers to work with Ocado's cutting-edge robotics and automation. As this site develops, we look forward to welcoming new talent to our skilled, dedicated and growing teams across the United States."

Already the largest U.S. supermarket retailer, with 2,764 stores under a range of banners in 35 states and the District of Columbia, The Kroger Co. is positioned to boost its national presence as it builds its own e-commerce infrastructure and expands its Our Brands roster of private-label products. Industry observers say these efforts could enable the company to serve consumers beyond its current market areas.

As of the close of its 2018 fiscal year, Kroger offered online grocery pickup at 1,581 of its supermarkets and provided home delivery and/or pickup service to 91% of the households in its trade area. The company expects to reach 100% of the country by the end of 2019 with the full integration of its direct-to-consumer service, Kroger Ship. Digital sales rose 58% and had a roughly $5 billion annual run rate at the end of fiscal 2018, and Kroger said it’s trending toward a $9 billion annual run rate going forward.

"Kroger is especially grateful to the state of Florida, Groveland and Lake County for working with us to introduce Kroger to Central Florida residents," McMullen added. "We look forward to recruiting talent and transforming the e-commerce, fulfillment and logistics landscape to bring Florida customers fresher food faster than ever before."