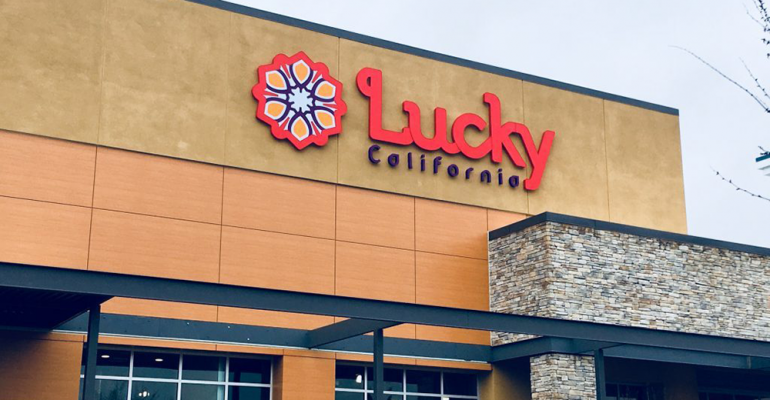 The Save Mart Cos.
News>Online Retail

Lucky Supermarkets has kicked off online grocery delivery with Instacart at 21 stores in the San Francisco Bay area.

Plans call for Instacart service to launch at more locations this year. Lucky operates 70 supermarkets in the Bay Area and Northern California.

“People in the Bay Area lead especially busy lives. We are excited to offer the Instacart online shopping and home delivery service as an additional and easy point of access to the great values found in our Lucky and Lucky California retail locations,” Barbara Walker, chief marketing officer for The Save Mart Cos., said in a statement. “Many of our stores are newly upgraded to reflect an enhanced selection of globally inspired flavors, meal ideas and an abundant selection of the freshest local produce, meat and seafood.”

Lucky noted that customers shopping online through the Instacart marketplace website or mobile app will find the same prices as in stores. Members of the Lucky You Rewards program also will earn points for purchases made via Instacart.

Lucky customers can select a delivery window of one hour or up to five days, and their order is picked, packed and delivered by an Instacart personal shopper. For orders of $35 or more, the delivery fee is $3.99, and those signing up for an Instacart Express membership ($9.99 per month or an annual $99 fee) get unlimited free delivery on all orders over $35. To support the launch with Lucky, Instacart is offering first-time customers $20 off their first order of $35 or more when they enter the code “Lucky20” at checkout.

“We’re proud to partner with Lucky and Lucky California stores to bring their loyal shoppers in the Bay Area a new way to have their groceries and everyday essentials delivered to their door, in as fast as an hour,” said Sarah Mastrorocco, vice president of business development for San Francisco-based Instacart. “Lucky is a beloved California grocer and an exciting addition to Instacart’s marketplace of more than 300 national, regional and local retailers.”

Instacart’s service launch at Lucky stores adds to The Save Mart Cos.’ e-commerce offering. Nearly a year ago, the Modesto, Calif.-based retailer introduced its own online grocery pickup service, dubbed ClickCart, at a Save Mart store in Modesto, Calif., and a Lucky California store in Dublin, Calif.

Overall, The Save Mart Cos. retail network includes 208 traditional and price-impact supermarkets under the banners Save Mart (81 locations), Lucky and Lucky California (70), FoodMaxx (54), S-Mart Foods (two) and MaxxValue Foods (one) in California (199 stores) and Nevada (nine stores).