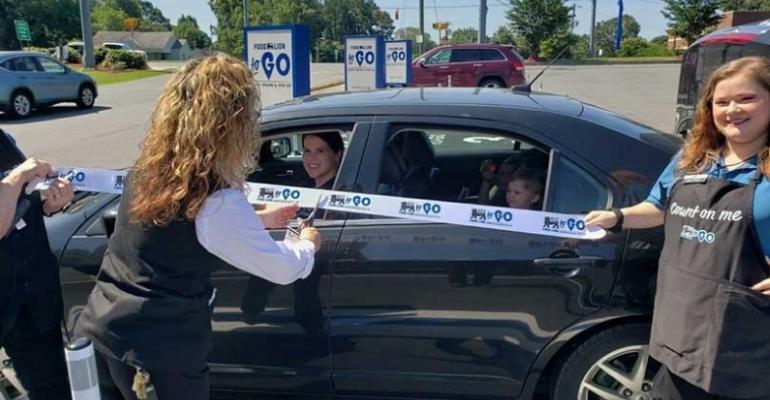 Next week, Food Lion plans to kick off grocery pickup service at 25 more stores in Virginia and North Carolina.

The Salisbury, N.C.-based supermarket chain said Thursday that its Food Lion To-Go program will get under way on Aug. 19 at another 22 stores in Virginia and three stores in North Carolina (Elizabeth City, Myrtle Beach and Edenton). Ribbon-cutting ceremonies are planned that day to mark the launch of the service, and the retailer is offering shoppers their first pickup order for free.

Food Lion uses its own trained personal shoppers to pick and bag groceries for To-Go orders. Through the To-Go click-and-collect service, customers can shop for and buy groceries — including fresh produce, meat and seafood, as well as deli and bakery items — at shop.foodlion.com or via a dedicated mobile app and have them available for pickup at a local store in as soon as an hour.

Perishables are stored in a refrigerated or frozen space, and hot food and other fresh items are packed just before shoppers’ scheduled arrival at the store. Upon arrival, shoppers park in a designated To-Go space, and a Food Lion associate brings out their groceries and loads them into their car. 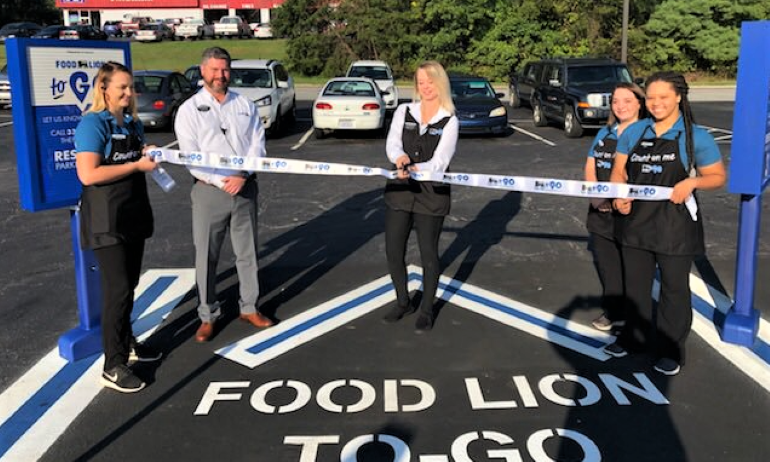 Available daily from 10 a.m. to 8 p.m., the To-Go service costs $1.99 for orders of $35 or more and $3.99 for orders less than $35. Food Lion said the service is free for customers’ first order. Pickup requires a minimum purchase of $10. Items bought through the To-Go service have the same pricing as in Food Lion stores, and members of the Food Lion MVP Rewards program also can apply savings to click-and-collect purchases.

“We are so excited to expand this convenient service to more stores in the Food Lion footprint and enable customers to spend more time on what matters most to them,” Deborah Sabo, senior vice president of marketing at Food Lion, said in a statement. “With the Food Lion To-Go service, our associates become personal shoppers and are able to hand-pick the freshest produce and best cuts of meat, just as they would for their own family. We look forward to continuing to nourish our neighbors with this new convenient service."

With the new pickup locations, Food Lion will have 141 stores offering the To-Go service. The chain initially tested the program at three stores in 2017 before expanding the pilot to another 50 stores last year. In late June, pickup service was launched at 105 stores in the Carolinas and Virginia.

Ahold Delhaize said it aims to pickup available at more than 600 U.S. supermarkets by the end of the year. Last week, the company reported that it added 124 click-and-collect points during the second quarter, primarily at Food Lion and Giant/Martin's stores, for a total of 483 U.S. pickup locations.

In early June, Ahold Delhaize USA’s Stop & Shop chain said it rolled out pickup to 20 stores in Massachusetts, Rhode Island, Connecticut and New York as part of plans to make the service available at 175 more stores by the year’s end. And on July 1, Landover, Md.-based Giant Food introduced its Giant Pickup curbside service, which is expected to become available at 100 of its 164 stores in the District of Columbia, Maryland, Virginia and Delaware by the end of the year.

Overall, Ahold Delhaize plans to give 65% of its U.S. customer base access to same-day grocery delivery and/or pickup by 2020.