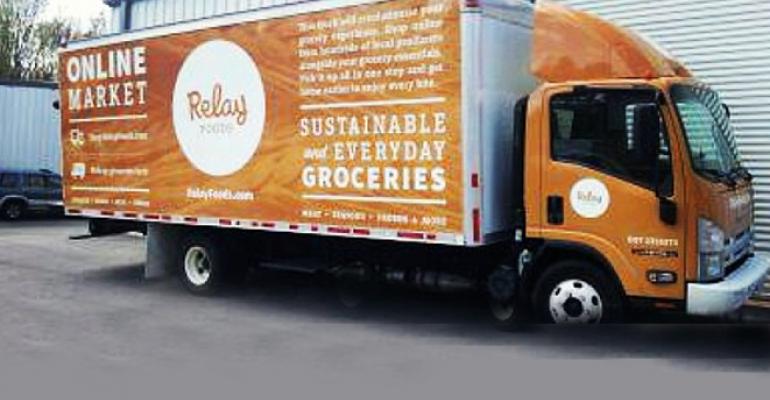 However, unlike many supermarket operators, Buckner, the founder and chief executive officer of Relay Foods, believes that online grocery is poised to supplant traditional bricks-and-mortar food retailing.

“I think the grocery store will be similar to the book store or the video store 10 years from now,” he told SN in a recent interview. “I think this is a case where a lot of people wrote [online grocery] off. The future took a long time to happen, but we are now at the point where the future is happening all at once.”

Relay Foods, which launched in Charlottesville, Va., in 2009, and then expanded to Richmond, is now rolling out its online grocery service to the Baltimore and Washington markets, where is it opening a fulfillment center at the end of this month. The company uses a unique business model in which customers order online, then pick up their orders from Relays’ delivery trucks, which are dispatched throughout the markets. It also offers home delivery, for an additional fee.

“You don’t need 200 grocery stores to serve a market,” Buckner said. “All you need is one Relay.”

Buckner likes to describe the Relay Foods model as an “8” on a convenience scale of 0 to 10, with 10 being the most convenient, hypothetical example of a company actually putting your groceries away in your refrigerator for you.

“What we figured out is that Relay is actually a lot more convenient than waiting around for the delivery driver to show up within a two-hour window,” he said.

The company offers a selection of about 30,000 items to choose from, some of which Relay sources from local grocery stores, and some of which it sources from Minneapolis-based Supervalu and other suppliers. It has a network of about 200 individual providers, ranging from small, independent bakeries to Whole Foods, where it picks product from stores.

Profitable on a Per-Order Basis

Although Buckner declined to provide details about the company’s volume, or number of customers, he said Relay is profitable on a “per-order” and “per-truckload” basis.

“We still have some costs — we have an engineering team, a marketing team — but in terms of contribution margin, we literally chip away at that with every order we ship.

“Our cost to acquire a customer is a small fraction of what they are worth in terms of contribution margin dollars.”

The company recently completed a third round of venture capital financing, raising $8.25 million from about 12 different investors.

The company, which is based in Charlottesville, currently employs about 80 people. It expanded into the Baltimore and Washington markets last year through the acquisition of Arganica, which offered a limited online ordering and delivery service in those markets.

Buckner said Relay ideally would like to partner with a traditional supermarket operator to expand.

“We are scaling, but we don’t yet have the supply chain power of a large-scale grocer,” he said. “It seems like a perfect partnership like that is possible, and we are at the beginning phase of searching for that.”